The NYC Marathon 2017 is still on and just around the corner.

The TCS New York City Marathon is set to send thousands of runners on their 26.2-mile course that spans from Staten Island to Central Park on Sunday, November 5. Runners will step foot in all five boroughs, so get ready to reroute your errands accordingly — unless you plan to stop for some cheering between stops.

In case it’s difficult for you to visualize 26.2 miles — believe us, it’s long — here’s what the NYC Marathon 2017 route looks like when mapped between all five boroughs. Take a look, then image running that whole thing. 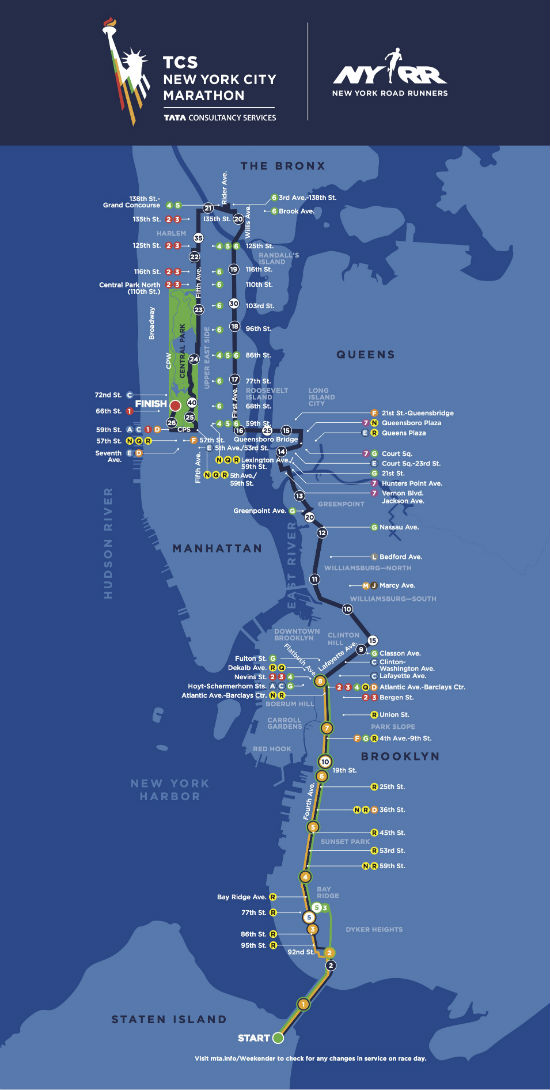 Unless you’re headed out to watch the marathon runners and cheer them on to the finish line, you’re going to want to avoid these areas in each of the boroughs during the race.

(The Department of Transportation also released a pdf version of the official list of street closures you might want to keep handy if you need to run errands around town.)

You can check all changes, and the status of each line, to the NYC subway, bus system, rail and bridges and tunnels for the TCS New York City Marathon through the MTA website.