NYC public advocate election: Everything you need to know - Metro US
New York

NYC public advocate election: Everything you need to know Are you ready to head to the polls, New Yorkers? No, we’re not talking about 2020 — there’s an election even closer, a special election to name the next New York City public advocate.

Former Public Advocate Letitia James has moved into her new role as New York State Attorney General, and since her inauguration on Jan. 1, City Council Speaker Corey Johnson has had to fill in as the role of public advocate in the meantime.

But soon, New Yorkers will name their next choice for the role. Here’s everything you need to know about the 2019 New York City public advocate election.

First, what is the NYC public advocate?

The role of public advocate has been around since 1993, and it’s an elected position meant to be a watchdog for city government. Technically a part of City Council, though a non-voting member, the public advocate does have the right to introduce and co-sponsor legislation. The elected official is also tasked with reviewing and investigating complaints “concerning city services and other administrative actions of city agencies,” per the New York City Charter, and issuing reports to the council and the mayor.

Basically, they advocate for the public of New York City. One prominent way this effort has been voiced has been through the annual NYC landlord watchlist, which was first started by Mayor Bill de Blasio back when he was public advocate in 2010. Though that list usually only called out the worst private landlords throughout the five boroughs, James made headlines in 2018 when she named NYCHA the worst landlord in the city.

The public advocate is also first in line to succeed the mayor in case they can’t perform their duties.

When is the NYC Public Advocate election?

The special election is scheduled for Tuesday, Feb. 26. Polls will be open across New York City from 6 a.m. to 9 p.m., and as long as you’re in line by 9 p.m., you’ll still be able to cast your vote.

How to check NYC voter registration

Before you can head to the polls, you should probably make sure you can vote in this NYC special election. To check your voter registration, visit voterlookup.elections.ny.gov and to check your polling place, enter your address at nyc.pollsitelocator.com.

If you’re not already registered, unfortunately the deadline to do so was Feb. 16 (but you can register here so you’re all set for future elections).

Who are the NYC public advocate election candidates?

There are a lot of candidates in this election — 17, to be exact, who will appear on the special election ballot, which the Board of Elections, responsible for determining which candidates met the requirements, parsed down from a previous total of 23 candidates. 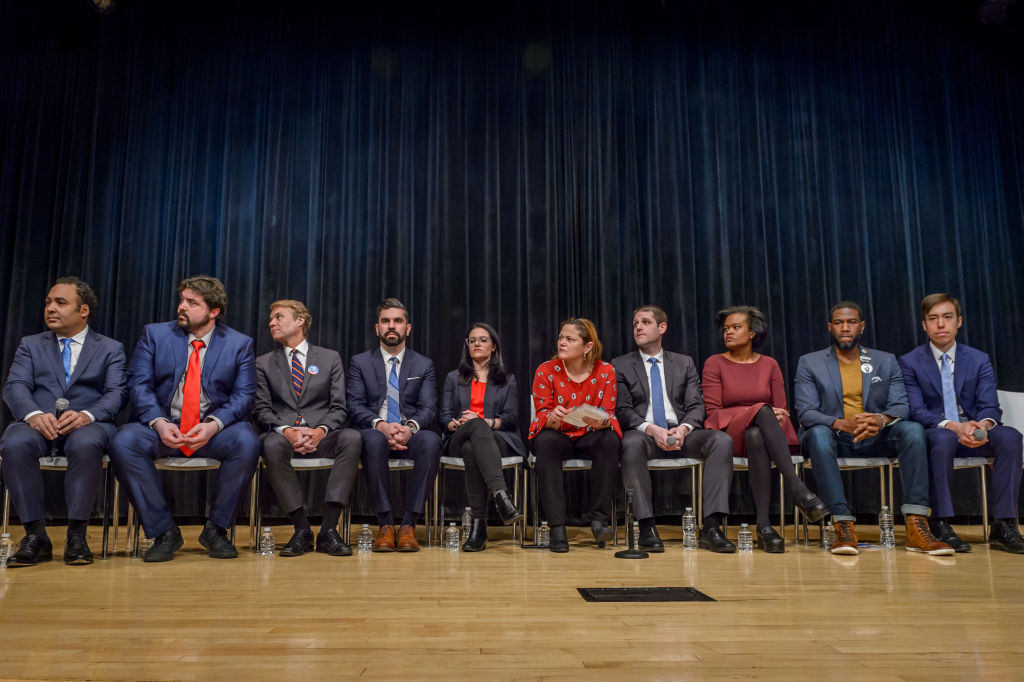 A new of the NYC public advocate election candidates at the special election’s first debate on Jan. 23. Getty Images

Though State Assembly member Latrice Walker did make the final ballot, she announced at the end of January that she was no longer seeking the position. She asked to have her name removed from the ballot, but the board did not grant that request. Barring her name, here’s who you’ll see on your NYC public election ballot:

Manny Alicandro, an attorney and former Republican candidate for New York attorney general. His top three issues per his New York City Campaign Finance Board profile, are to repair the MTA, investigate the NYCHA housing crisis and address homelessness.

David C. Eisenbach, a Columbia University history professor and previous public advocate candidate back in 2017. His top three issues are to save small business, stop big real estate giveaways and to fight displacement of communities.

Anthony (Tony) Herbert, a community activist who has worked for a former council member, congressman and on a New York State Senate Minority Re-apportionment task force. His top three issues are to repair NYCHA housing, move homeless individuals into affordable housing (Herbert has been vocal about how he previously experienced homelessness as a Brooklyn teen) and to establish citywide mentoring/vocational programs.

Nomiki Konst, an investigative journalist, a former CBS political analyst and an activist. Her top three issues she aims to address are to pay people more ($30/hour, per her profile), make housing affordable through rent control and to tax real estate developers.

Ydanis A. Rodriguez, a City Council member covering Washington Heights, Inwood and Marble Hill. His top three issues, per his NYCCFB profile, are to protect and defend immigrant rights, provide quality of education for all and work toward an efficient and affordable MTA.

Dawn L. Smalls, an attorney and political director who worked with both the Obama and Hillary Clinton presidential campaigns. She says she wants to fix public transit, fight for affordable housing and combat homelessness.

Benjamin L. Yee, a coding and civics teacher, entrepreneur and activist. His top issues, per his profile: civics for all, power for communities and justice for New Yorkers.

Michael A. Blake, a New York State Assembly member representing Belmont, Melrose and other parts of the Bronx. His top three issues concern public and affordable housing, transportation and the MTA and jobs and criminal justice.

Rafael L. Espinal, Jr, a City Council member serving Brooklyn’s Bushwick, Brownsville, Cypress Hills, and East New York. His priorities, per his profile, are to create a greener NYC, making the city affordable for all and improve the quality of living.

Ron Kim, a New York State Assembly member covering Flushing, College Point and other parts of Queens. His goals are to put people over corporations, end taxpayer funded corporate giveaways (he’s running on the “No Amazon” party line), and to eliminate student debt for the neediest.

Melissa Mark-Viverito, the former City Council speaker who represented south Bronx and parts of East Harlem. She’s running on the “fix the MTA” party line, and that’s the first of her top three issues, along with repair NYCHA and lift up women.

Jared Rich, a lawyer whose top three issues are that ‘every school should be great,’ along with fixing all NYC housing issues and attacking the opioid distribution chain.

Helal A. Sheikh, a public school teacher who formerly ran for City Council’s 37th District, the seat currently held by Espinal. He did not submit a profile to be included in the NYCCFB’s voter guide.

Why is this called a special election?