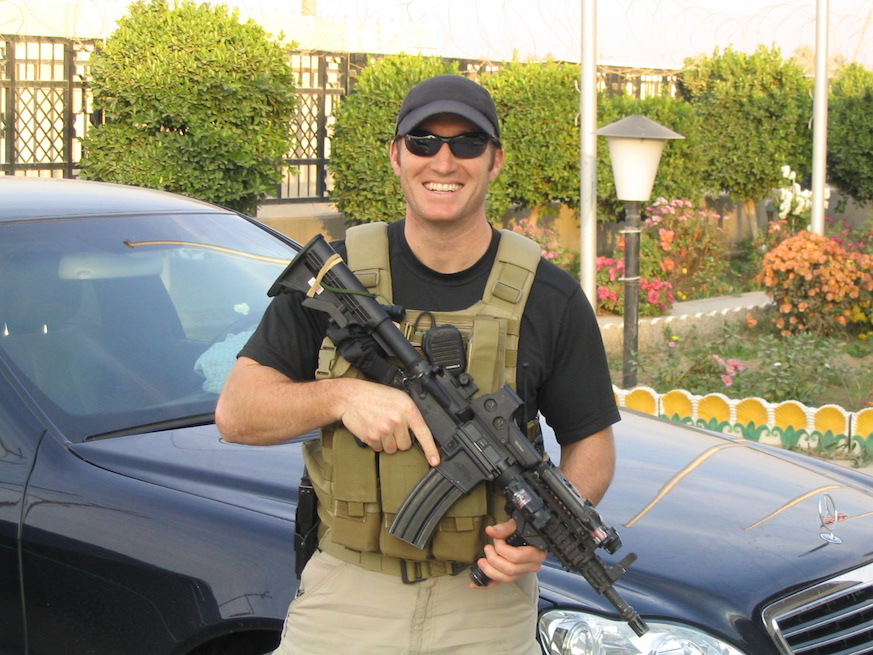 Sean Lake remembers his best friend Glen Doherty not just as the American hero who was killed in Benghazi, but as his Gen-X training partner-in-crime who shared X-Games-level ambitions.

As teenagers growing up near Boston, their plans for world dominance didn’t require guns or military strategy, but relied on protein powder and Metamucil consumption in their search for the “fountain of youth.”

“Glen always said you could never get enough fiber,” Lake recalled. “That’s what we would talk about. But in reality, none of that really worked.”

Lake’s life changed on Sept. 12, 2011, the day Doherty’s life ended too soon at age 42 when the Navy SEAL was among four killed after Islamic militants attacked two U.S. government offices in Benghazi, Libya.

Since then, Lake has made every day — even Veterans Day — a Memorial Day of sorts by honoring Doherty’s legacy. Along with business partner T.J. Ferrera, he created a line of collagen supplements, Bubs Naturals (bubsnaturals.com), named after Doherty’s SEAL call name.

Year-round, Bubs gives 10 percent of its proceeds to the  Glen Doherty Memorial Foundation, the charity Lake helped create to give scholarships to Special Ops members to help them transition to civilian life. And on Veterans Day, Bubs gives 100 percent to GDMF as a tribute to Bub.

“Glen was one of those guys who would always be there for you, no matter the situation,” Lake, who now lives in San Diego, said. “Even if you were just moving a couch — he probably wouldn’t want to do that — but Glen would always be the first one there helping you.”

Lake recalled their ’90s adventures resembling more Bill and Ted than “13 Hours,” the 2016 film based on the Benghazi attacks that took not just Doherty’s life (who was portrayed in the film by actor Toby Stephens) but also the lives of fellow SEAL Tyrone Woods — who Doherty tried to rescue — as well as U.S. Ambassador Chris Stevens and Sean Smith.

“Too many stories to mention,” he admitted, but one episode involved their cross-country journey to Alaska. Lake, a top-level snowboarder, and Doherty, a talented skier, quickly found jobs gutting fish to make ends meet — then quit 2½ hours later. “We got paid, looked at each other as if [to ask] what should we do next, and decided, ‘Let’s go to San Francisco,’” he said.

They lived for the moment during those times, but had an agreement: If they didn’t turn pro by age 24, it was time to move on.

Lake became a pro snowboarder, which helped him pay for college. Doherty’s path turned quite different. A group of military friends he began training with convinced him he had what it took to become a Navy SEAL. “It’s the last thing I ever expected from him,” Lake admitted.

From Benghazi to BUBS

Doherty went on to serve nine years in Iraq and Afghanistan, then went on to work with the CIA. Doherty also co-wrote a book, “The 21st Century Sniper,” another chapter Lake recalls in their personal history. “A few of us were together during Christmas time,” Lake says. “Glen was showing us pictures on his computer, and with yuletide music playing in the background, up appear dead bodies with soldiers with machine guns standing over them. I was like, ‘Glen! WTF?’ He was doing research at the time, and it freaked some of us out, but it’s kind of funny now

Even though they had parted many times before, and every mission was dangerous, Lake admitted Doherty’s final goodbye en route to Libya seemed different than the rest.

“It didn’t feel right,” Lake said. “It was almost like we knew this was the last time we were gonna see each other. It still hurts to even think of it.”

Through Bubs, Lake is able to keep Doherty’s legacy moving forward. The idea, he admits, wasn’t a long process, but an accidental dose of tough love provided by his marathon-running wife. “She tossed me a tub of collagen, saying, ‘You’re not getting any younger,’” Lake said.

But after studying the benefits of collagen — the body’s most abundant protein — relieving joint pain, improving skin elasticity, even improving digestive health, Lake knew Doherty would approve of the idea for Bubs. “I said, ‘Damn! This is what Glen would’ve wanted.’”