Last week we told you about the OZY Fest taking place in Central Park’s Rumsey Playfield from July 21 through 22. The festival is hosting a wide and eclectic mix of artists with music from such amazing artists like Passion Pit and Young the Giant to talks from influencers such as Chelsea Handler, Martha Stewart and — most notably — Hillary Clinton. It is definitely going to be one of the most “can’t miss” events of the summer. 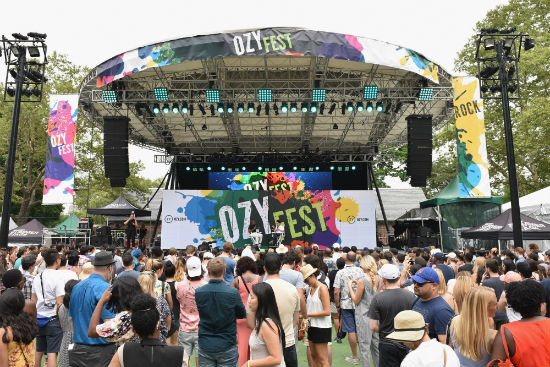 For those who are unable to get tickets to this high profile event — Don’t fret! OZY Fest has just announced that a portion of the weekend long festival will be accessible to the public with the addition of the festival’s Free Bandshell experience. This space will be absolutely free for all 8 million New Yorkers and will include thought provoking discussions from fashion designer Christian Siriano, author and activist Roxane Gay, Flywheel founder Ruth Zukerman, author Steven Pinker, and many more. This space will also include talks on gun control and allyship along with delicious snacks provided by a fleet of food trucks including DO Cookie Dough.

The Bandshell will also provide interactive multimedia activations and games for the whole family. For those who live outside of the New York City area, the whole OZY Fest will be live-streamed on BBC all weekend. So, make sure to tune in to be a part of the action.

Click here for a full schedule of performers and ticket information.