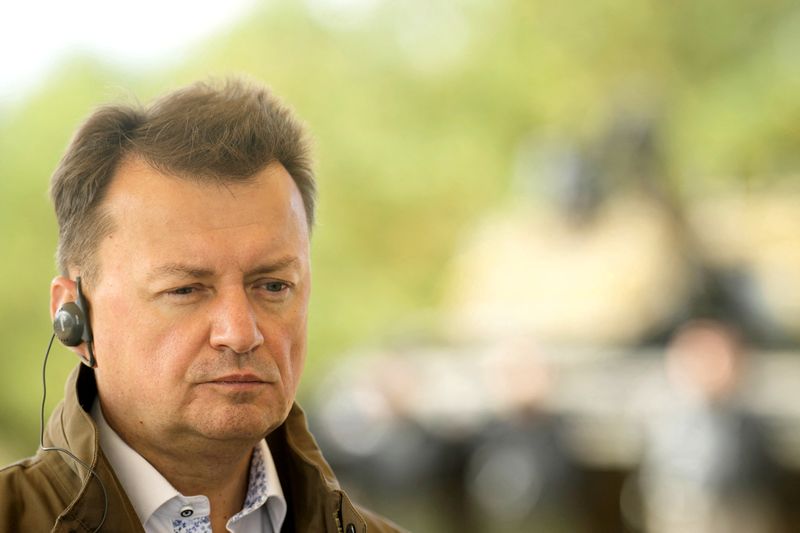 WARSAW (Reuters) – Polish Defence Minister Mariusz Blaszczak tweeted on Thursday that he has tested positive for coronavirus, as the Omicron variant takes hold across the country and tensions mount between Poland’s neighbours Ukraine and Russia.

“I feel well, I will carry out my duties under isolation,” said Blaszczak, who is 52.

Authorities have said the latest wave will drive case numbers to levels not yet seen in Poland, with estimates of the peak ranging from 60,000 to as many as 140,000 daily infections.

Poland is among those NATO countries taking a more hawkish stance towards Russia after it massed more than 100,000 troops near its borders with Ukraine. Moscow denies any plans to invade Ukraine, which is not a member of NATO.