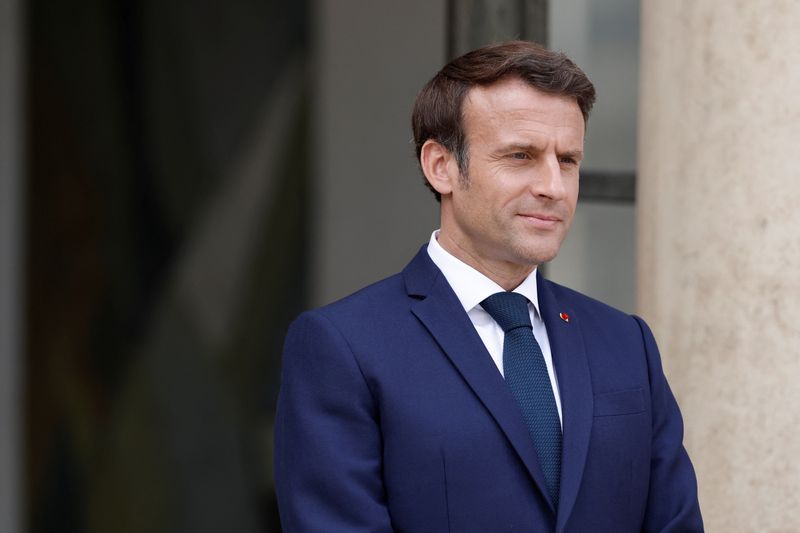 PARIS (Reuters) – French President Emmanuel Macron’s “Renaissance” party and its allies are seen as winning next month’s vote in the country’s lower house of parliament, according to a poll in Le Monde paper by Ipsos/Sopra Steria/Cevipof.

The poll, based on voting intentions for the first round of the June election, showed the Macron group in the lead with 28% of votes, slightly ahead of 27% given for the “Nupes” left-wing bloc featuring the hard-left La France Insoumise party and its allies from the Green Party and the Socialist Party.

The vote takes place in two rounds, on June 12 and June 19. Last week, Macron named Elisabeth Borne as his new prime minister – only the second time in 30 years that a woman has got the job.