Brooklyn-born rapper and Instagram star Tekashi 6ix9ine, 22, thrives on controversy ranging from his rainbow-colored hair, facial tattoos, bragging about gang violence, and brushes with the law. He also is loved by fans and the music industry having dominated Billboard’s Top R&B/Hip-Hop and Top Rap Albums chart as well as making generous donations to charities and school.  The rapper, whose real name is Daniel Hernandez, is now facing 32 years in prision following federal indictment on charges of armed robbery and murder conspiracy.

The rapper, who was arrested on Sunday night, was charged along with five other men including his former manager Kifano “Shottie” Jordan, Faheem “Crippy” Walter, Jensel “Ish” Butler, and Jamel “Mel Murda” Jones.

In Manhattan Federal Court, U.S. Magistrate Judge Henry B. Pittman denied bail following concerns that Hernandez may still be a danger to the community after a prosecutor argued that the rapper directed or partipated in multiple acts of violence related to the Nine Trey gang and that FBI agents discovered an AR-15 firearm in his apartment.

According to Rolling Stone, four of Hernandez’s associates, Jordan, Walter, Butler and Jones were also arrested by ATF  and face many of the same charges at Hernandez, as well as drug charges involving heroin, fentanyl, MDMA, and marijuana, prosecuters said. 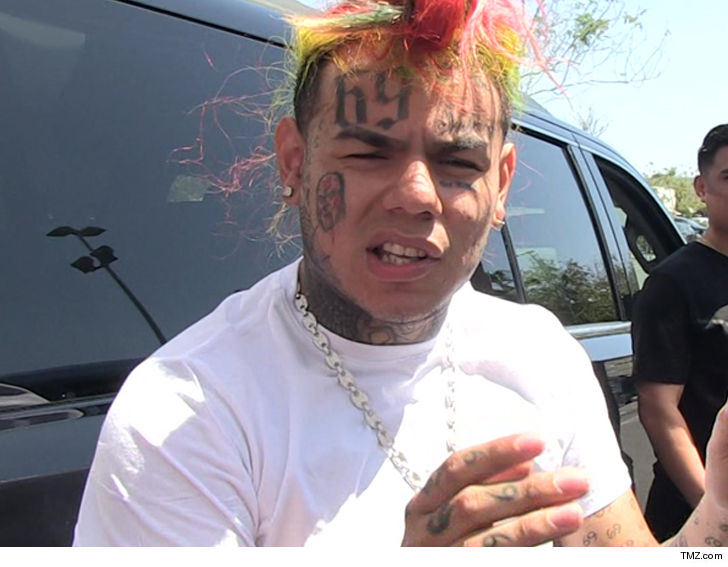 Tekashi69 tries to distance himself

According to the NYT, just last week, the 22-year old fired his three gang-affiliated associates who were all part of his management team, canceled his U.S. tour, and taken into protective cusody prior to his arrest due to credible threats on his life. After authorities became aware of plans to visit a Connecticut casino, he was arrested to avoid further incident.

A history of arrests

Monday’s charges serves to compound the legal problems of the young rapper who is currently on four years probation after pleading guilty to the use of a child in a sexual performance in 2015. The rapper managed to stay out of legal trouble for two years following the case. However, in May 2018, he was arrested by authorities on charges of allegedly choking a 16-year-old in a Houston mall.  In a separate incident, he was arrested for driving with a suspended license and assaulting NYPD officer.