Remember when Tom Cruise used to do dramas? Tom Cruise has a reboot of “The Mummy” out Friday. His next film is a biopic, “American Made,” due in September, but one with lots of action and drug-running and jet-setting. Then he has a sixth “Mission: Impossible.” Then a sequel to “Edge of Tomorrow.” Somehow he’s going to fit a 30-plus-years-later sequel to “Top Gun” in there. As of this writing, he’s 54 years old.

We bring that up not to age-shame him. Like Penelope Cruz and Paul Rudd, Cruise is an ageless god, still as rakishly handsome as he was when he danced about in his tightie-whities 34 years ago in “Ricky Business.” Those half his age would love to be able to do something as crazy as hanging onto a plane as it’s taking off. Still, it’s hard not to think he’s gotten his career backwards. He started off in comedies and dramas; even in “Top Gun,” he spends more time talking than fighting. It wasn’t until the first “Mission: Impossible” in 1996, at the age of 34, that he started doing action in earnest. And nowadays he does almost nothing but.

Traditionally, acting careers do it the other direction: get the action out of the way, then settle down into more serious, character-driven fare. We don’t want Cruise to settle down. We’re glad he can still hurt people well into AARP age. But we wish he’d mix it up. We long for the younger, serious, dramatic Cruise. And we’re missing out on what could be the most interesting and revelatory work of his career because he’s too busy fighting bad guys and aliens and mummies.

In a way, you’re to blame. We all are. Here’s an argument, raised by Amy Nicholson a few years ago in The L.A. Weekly: We were wrong to shame Cruise for jumping on Oprah’s couch. In 2005, the actor appeared on Winfrey’s show. He’d just started dating Katie Holmes. He was in love. And to prove it, he jumped on her couch like a madman.

The world ganged up on the planet’s biggest movie star. It confirmed what we already knew: he was a loon. He was already infamous-ish as Scientology’s most vocal cheerleader. His career was, for the first time ever, in trouble. His movies started underperforming. He suddenly had to prove himself at the box office. He had to win us back. He had to, exclusively, make the world’s biggest movies.

Thing is, the couch-jumping affair was built on a lie. 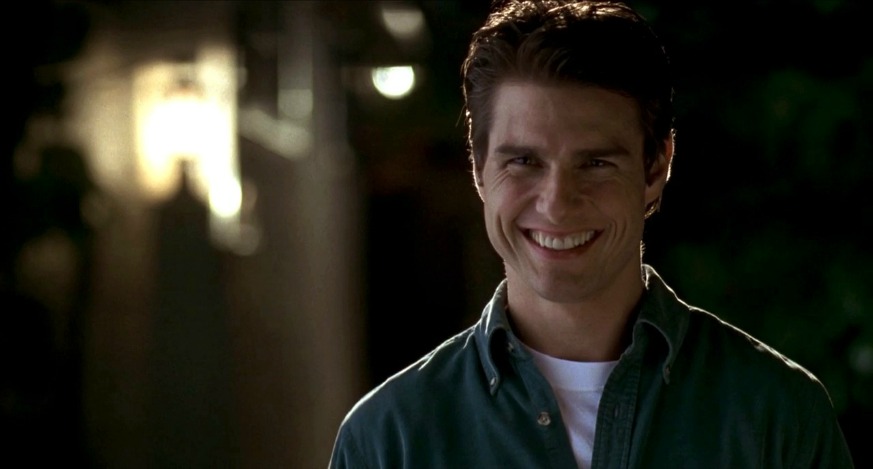 It was the early days of YouTube and, perhaps unwittingly, we took the couch-jumping out of context. If you watch the entire 43-minute episode — and who has? — we see he’s playing to a rabid crowd, who couldn’t stop shouting that they were in the same room as Maverick from “Top Gun.” Oprah’s audience wanted him to really show he was crazy in love. So, like the showman he is, he gave them what they wanted. After minutes of prodding, he did it: He jumped on that couch. He went crazy. They went crazy, too.

Most bored people cruising the information superhighway in 2005 only saw 15 seconds where he jumped on the couch — as though it was a spontaneous, unprovoked act. And in that moment, which not even someone as powerful as Cruise could control, his entire career changed. The goodwill he’d stored up with, among others, “Jerry Maguire” (pictured above), was gone.

Since then, do you know how many dramas he’s made? One. And it was “Lions for Lambs,” Robert Redford’s touchingly inane Iraq War saga. For the record, he was good in it. He played a slimy Republican senator grinning through outrageous and evil lies about the war. It’s a one-note part, but Cruise banged it out of the park. No one went to see the movie.

Since then, it’s all big, all the time. Even in comedies (like “Tropic Thunder”) or musicals (“Rock of Ages”), he’s way to on. He will entertain us or die trying. 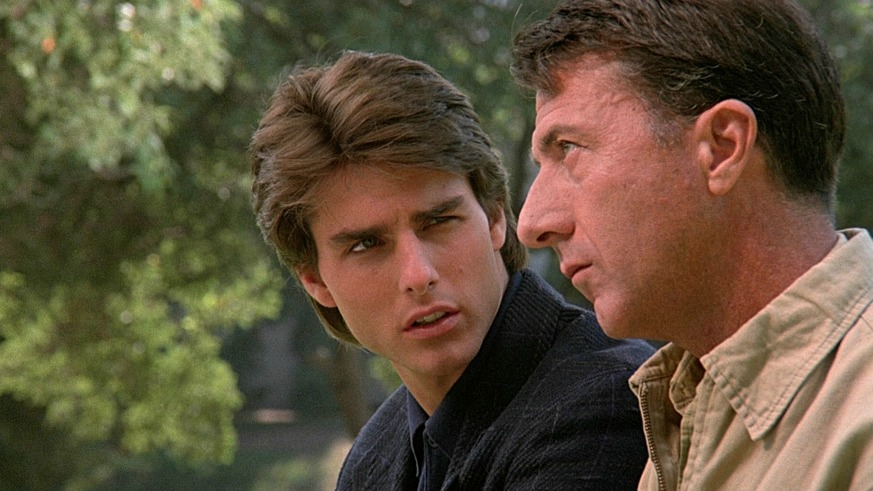 Admirable though this is — and we should note, he is very, very entertaining — we wish he’d return to his roots, when he knew variety was the spice of life. Perhaps he knows he can’t; perhaps he’s just playing ball. Cruise needs our adulation, and so he prefers to do the biggest films in the world. Back in the ’80s and ’90s and even some of the ’00s, the biggest movies weren’t just action movies. Martin Scorsese’s “The Color of Money,” in which he played the cocky pool shark mentee of Paul Newman’s Fast Eddie Felson, was big. Oliver Stone’s “Born on the Fourth of July” was big. “Rain Man” was the highest grossing film of 1988. Those types of movies aren’t big any more. Maybe Cruise knows that and doesn’t want to work himself to death on a movie most people will watch on VOD or Netflix six months after it’s hit theaters.

In other words, we’re as much to blame for Cruise’s action-mostly mid-career as he is, perhaps moreso. We’ve failed him. The market has failed him. And as such, we’re missing out on Cruise playing real, complicated characters. We’re missing out on the next “Rain Man” performance (pictured above). In that film, Dustin Hoffman walked off with the awards, but he arguably had the easier gig. Cruise didn’t have the type of role that automatically attracts trophies. He had to play someone who wasn’t likeable, who was a selfish jerk, who was going to have the movie stolen out from under him. That must have driven Cruise mad, and you can see it in the performance — in the indignity he blasts at everyone, in the anger that barely masks deep insecurity, in the drive he has to prove himself.

Cruise doesn’t have the chance to do any of that as Ethan Hunt, his “Mission: Impossible” hero. All he has to do is hang from the world’s tallest building. That’s nothing to sneeze at. But imagine if Cruise felt confident enough again to give us another Jerry Maguire, or another Frank T.J. Mackey from “Magnolia,” or another William Harford from Stanley Kubrick’s “Eyes Wide Shut” — one of the most meta Tom Cruise performances, in which the handsomest and most cocksure actor on Earth succumbed to sexual jealousy and social awkwardness. Maybe winning an Oscar is the thing that will really put him back on top for good.