Review: 'What We Do in the Shadows' doesn't overstay its welcome - Metro US
Movies

Review: ‘What We Do in the Shadows’ doesn’t overstay its welcome 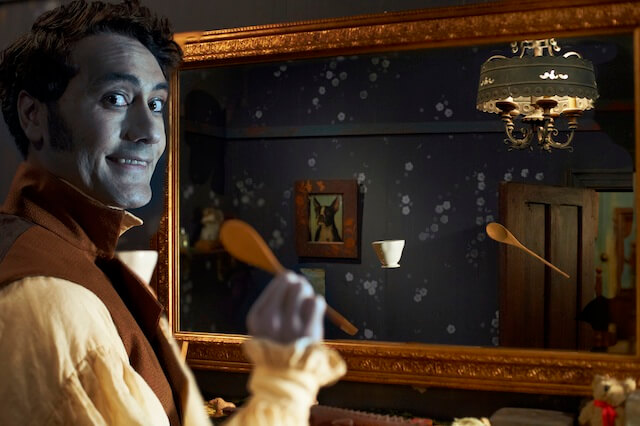 A vampire mock-doc probably couldn’t fill a TV show, but it could easily fill a film that runs shy of 90 minutes. In fact, “What We Do in the Shadows,” starring some of New Zealand’s funniest, almost plays in this era like a hypothetical super-cut, filled with nothing but the best jokes from a show with lots of filler. There are a ton of yuks here, deployed at a fast clip, and a lot of them score. Set amongst a shared home populated by single male vampires, it has the expected nice, easy jokes about house meetings by people who suck necks. But it also has even more, crammed into every nook and cranny, that show filmmakers really thinking through their world.

Taika Waititi (“Boy”) is the filmmaker who plays the lair’s nicest resident: Viago, who dresses in proper Edwardian clothes and boasts a nice, welcoming smile that in no way betrays that he occasionally pierces women’s necks to draw their blood. Waititi’s writing and director partner Jemaine Clement plays the long-haired type who looks like he comes from a vampire romance novel (though not of the Stephenie Meyer type), while another rocks a classic Nosferatu look. They’re welcoming a newb into the fold, one who doesn’t know to keep things at least slightly on the DL.

That functions as a loose plot, but it’s really a collection of gags and world-building. Waititi and Clement don’t try too hard to make this make a rigorous sense in our world; they play fast and loose with realism. But they find a ton of good material within the confines of this particular undead world, which makes room for a pack of werewolves led by Clement’s old “Flight of the Conchords” cohort Rhys Darby, whose presence serves to remind that he’s an always welcome, enjoyably flustered genius. It also has fun playing with just how sweet they really are. That they actually do still gorily dispatch their human prey is a nice shock — or would be, if the murder scenes didn’t uniformly play out as darkly funny befuddled slapstick. Any longer and it might overstay its welcome, but as is it’s perfect, in its own deceptively unassuming way.