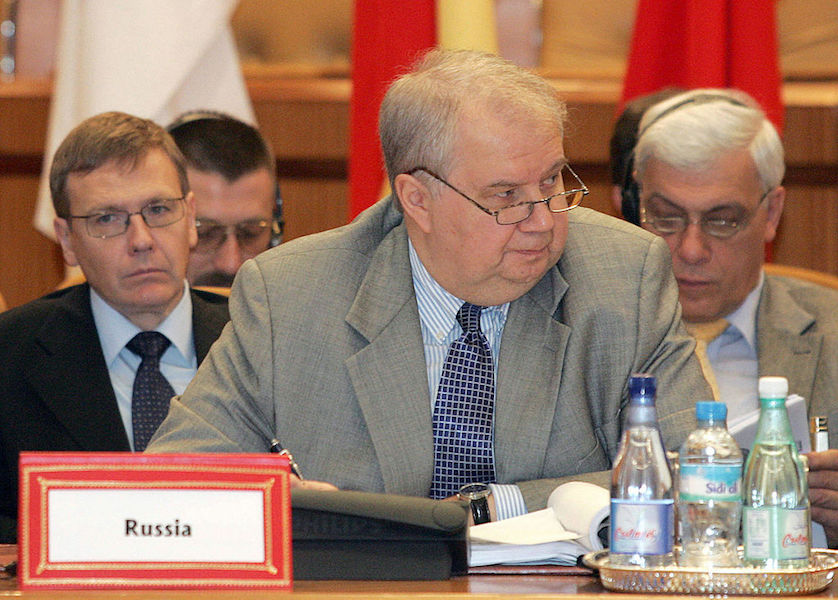 Russia is recalling U.S. ambassador Sergey Kislyak, the diplomat at the center of the FBI probe into Russian interference in the 2016 presidential election and possible collusion by the Trump campaign.

Though his exact end date has not been announced, Kislyak’s departure comes as Department of Justice special counsel Robert Meuller’s investigation into Russia’s efforts to influence the outcome of the election heats up.

Trump, campaign officials and the Kremlin have denied any collusion took place.

It was contact with Kislyak that lead to the firing of one high-ranking White House adviser and pushed some to call for the resignation of the attorney general — all within a few weeks of Donald Trump moving into the presidency.

Ties between Kislyak and the Trump administration

Kislyak first came under scrutiny after short-lived National Security Adviser Michael Flynn failed to be forthcoming about meetings the two had, which eventually lead to Flynn resigning after just 25 days on the job.

During his confirmation hearings, Attorney General Jeff Sessions didn’t tell the Senate about all of his interactions with the Russian Ambassador either. He didn’t resign, but he did recuse himself from the Russia probe.

He is also behind White House adviser Jared Kushner’s troubles — Kislyak is involved in the allegations that Kushner, who is married to Ivanka Trump, tried to set up back-channel communications between Russia and President Trump.

These interactions and their consequences have dubbed him the “most radioactive man in Washington.”

Kislyak, 66, has been on assignment in the U.S. for nine years and the Russian Foreign Ministry says his recall to Russia is unrelated to the Russian election hacking controversy. Russian officials told CNN it was “all planned in advance.”

But the decision to bring the 66-year-old diplomat home to Russia rather than appoint him to a senior position at the UN in New York, as some news outlets initially reported, is being seen as a sign of putting an end to the Kislyak’s controversial tenure in Washington.

“He could use some time away,” an unnamed US-based diplomat told Buzzfeed.

But rumors have swirled that Kislyak could be one of the operatives behind the election meddling.

U.S. intelligence considers him to be one of Russia’s top spies and spy-recruiters in Washington, CNN reported in March, though the Kremlin has rejected the allegations.

Kislyak’s replacement in Washington will be Anatoly Antonov, Russian state media reported. As Russia’s current deputy foreign minister, Antonov has drawn criticism and EU sanctions from his support in deploying troops into Ukraine during his tenure as deputy minister of defense.