Drinking and dating pretty much go hand-in-hand for many singles, but just how connected are the two? The answer is very, according to a new Zoosk dating survey. The online dating platform compiled data from 8,793 members and analyzed 133,175 messages in its research.

Among the most notable findings is that singles are more likely to drink alcohol. In fact, 72 percent of respondents said they imbibe — and 32 percent of non-drinkers found it’s harder to date when you don’t.

“Since grabbing drinks is such a common date suggestion, it was interesting to see what the dating experience is like for those who don’t drink,” Zoosk Senior Communications Manager Jenn Takahashi told Metro. “We found that nearly a third of single non-drinkers feel like their sobriety makes it more difficult to date. For Millennial non-drinkers, it’s even more difficult — to the point where 10 percent admitted to pretending to drink on a date!” 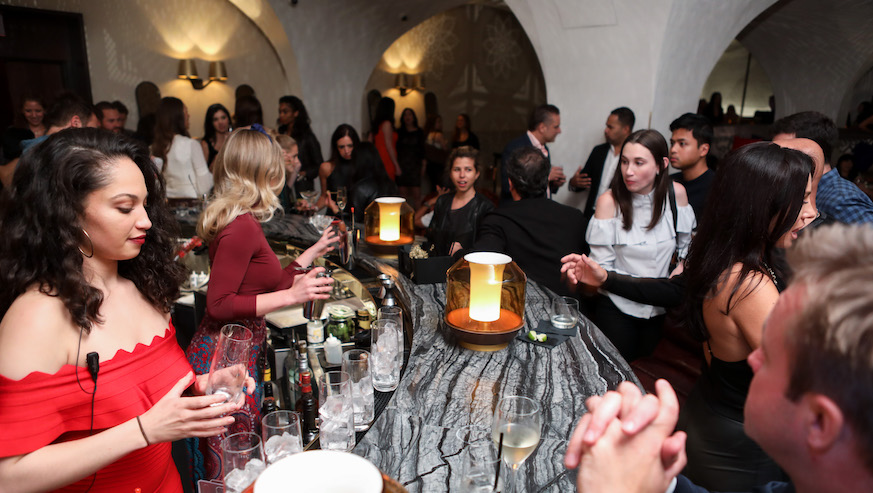 Drink up these tidbits from the Zoosk dating and drinking study

Here are a few other points we found interesting from the Zoosk dating and drinking study:

Nearly three-quarters, or 73 percent, of Zoosk dating survey respondents said grabbing drinks makes for an ideal first date, which 46 percent said is “easy and less formal.” Twenty-seven percent find such dates “a good way to let your guard down and have a conversation.”

• Early bird gets a pre-date drink

Ninety-two percent of singles think it’s fine if their date orders a drink before they arrive, and just 2 percent said they’d judge them for doing so, while 6 percent would make a joke about it.

Daters should stick to a two-drink max, 55 percent of singles told the Zoosk dating survey, while 19 percent said three is fine, too.

Singles along the East Coast appear to enjoy first-date drinks the most, with Washington, D.C., Massachusetts, Delaware, and Maryland in the Top 4, and New Hampshire No. 6.

According to the Zoosk dating survey, the local pub is the favorite type of bar for the majority of men, women and Millennials, while college bar is their least favorite.

Sixty-two percent of men opt for beer on dates, while 62 percent of woman choose wine.