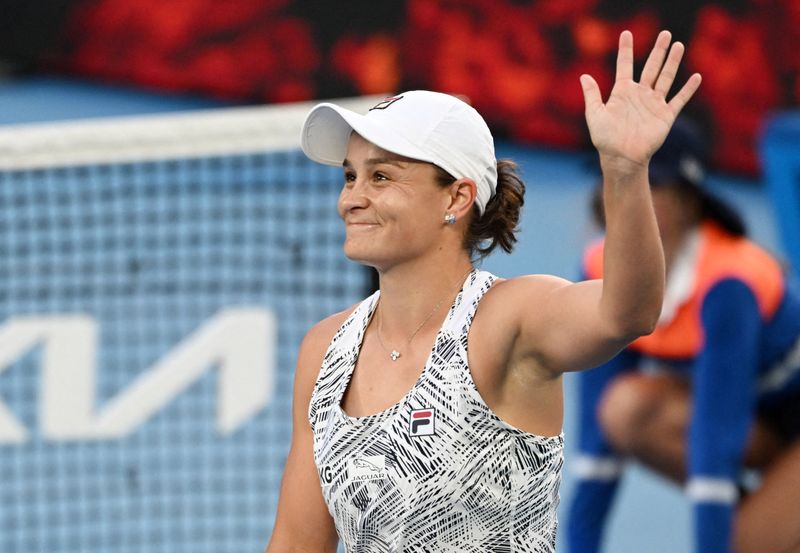 MELBOURNE (Reuters) – World number one Ash Barty will continue her quest for a maiden Australian Open title and end the country’s 44-year wait for a homegrown women’s singles champion when she takes on qualifier Lucia Bronzetti in the second round on Wednesday.

Barty, who is looking to emulate Chris O’Neil’s 1978 feat, set the tone with a devastating 6-0 6-1 victory in her opener against Lesia Tsurenko and will be the overwhelming favourite against her Italian opponent in their first meeting.

Reigning champion Naomi Osaka, who returned to Grand Slam competition after a tumultuous 2021 season, will continue the defence of her crown against American Madison Brengle in the second round.

French Open champion Barbora Krejcikova will look to go beyond the second round in Melbourne for the first time when she faces Wang Xiyu while Maria Sakkari, Elina Svitolina and Paula Badosa are all in action looking to reach the third round.

With Novak Djokovic absent from the tournament, 20-times Grand Slam winner Rafa Nadal remains the only Australian Open champion in the men’s draw and will take on German Yannick Hanfmann on Rod Laver Arena.