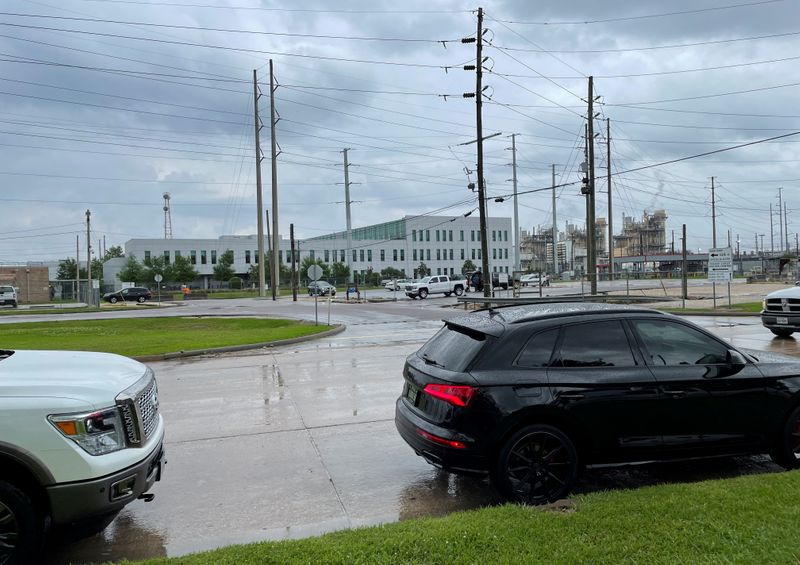 Exxon locked out the plant’s 650 union workers on May 1, replacing them with managers and temporary staff as it pushed for a contract that gives it control over how jobs are assigned ahead of a major expansion, and sets a freeze on some workers’ pay.

“We are disappointed that the company’s enhanced offer was not ratified,” Exxon spokesperson Julie King said.

“The lockout of USW-represented workers will continue,” she said of the United Steelworkers members. “We will continue to operate our facility safely and reliably with our fully trained workforce,” King added.

Tuesday’s vote came ahead of a Nov. 1 deadline for the union workers to approve the deal or lose a $500 signing payment, 2021 wage hikes and the right to seek arbitration on resignations.

“Exxon’s take it or leave it offer is not what we’re looking for,” said Bryan Gross, a USW International representative.

He declined to disclose vote totals, but said the 400 members who voted overwhelmingly backed the union’s recommendation to reject the contract.

Exxon said there was no meeting scheduled between company and union negotiators. Its latest offer remains available to employees “until further notice.”

The dispute has become increasingly bitter in recent weeks.

Exxon has accused the union of “aggressively” opposing its offer and falsely claiming there could be job cuts and saying the lockout would end Nov. 1. Union officials accused Exxon of being behind a decertification campaign to remove the union.

“They asked us to let members vote and we let them vote,” said the USW’s Gross. “The results speak for themselves. Hopefully, the company realizes that and is prepared to negotiate.”

The rejected proposal would have given Exxon control over staffing of a new crude distillation unit that would add 250,000 barrels per day (bpd) capacity in 2024, making Beaumont the largest U.S. oil processing plant by volume.

The union still faces a decertification vote next month on a worker-submitted petition to oust the union from the plant. The U.S. National Labor Relations Board is expected to set a mid-November vote. It would first consider a union charge that Exxon improperly aided the petition before releasing results.