The best movies available on Netflix (March 2018) - Metro US
Movies With so many movies coming and going from the streaming platform every other day, we thought it would be a good idea to tell you what the best movies to watch on Netflix for the month of March. We’ve already told you about every movie that is coming to the platform next month, but what are the best movies on Netflix?

We know the frustration of scrolling through their endless catalog trying to settle on the perfect movie. Hours go by and once you’ve looked away, the clock says it’s 3 AM and you now only have a few hours to sleep before work. It is definitely a brutal trap to get stuck in. Not that I’ve ever been there before…

To avoid this problem, we dug through all of the titles to find you the best movies to watch on Netflix next month. 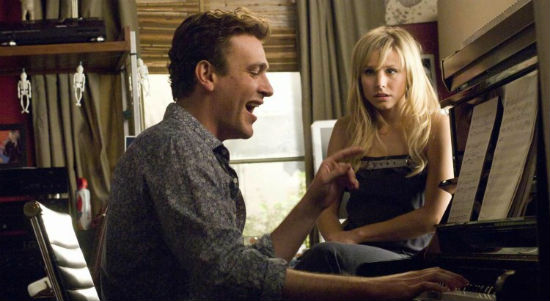 Has there been a comedy in recent memory that has tackled heartbreak with such hilarious results? Jason Segal and Nicholas Stoller’s “Forgetting Sarah Marshall” is the perfect comedy for anyone who has had their guts ripped out after a long-term relationship has ended. With a stacked cast of a who’s who in the comedy world, the movie follows Peter Bretter (Jason Segel) after his life-shattering breakup with TV’s “it girl” Sarah Marshall (Kristen Bell). To mend his emotional wounds, Peter books a solo trip at a resort in Hawaii only to find out that Sarah is there as well with her new boyfriend, the British rock star lothario Aldous Snow (played to perfection by Russell Brand). Despite their actions, all of the characters in this comedy have redeeming qualities making it a truly genuine story about how figuring out love is almost impossible.

File under: Best movies to watch on Netflix when you need a break from crying over your ex.

True sci-fi nerds, I mean fans, have been singing the praises of this offbeat space exploration flick ever since it’s release. Sure, Duncan Jones has gone on to do more high profile movies with “World of Warcraft” and his recent Netflix Original “Mute”. But this will always be the film that cemented him as one of science fiction’s filmmakers to watch. And hey, Sam Rockwell is in it! I’ve always said that any movie is at least 10% better if that guy is in it.  I won’t delve into the plot too much for the sake of avoiding spoilers, so watch the trailer here to see if it’s up your alley.

File under: Best movies on Netflix that will make you ponder the future of humanity. 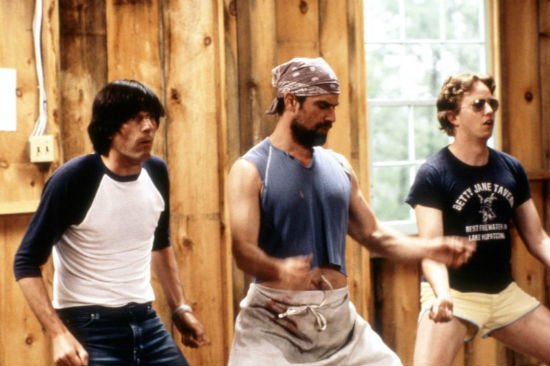 What a wild journey this movie has taken! Initially panned by critics upon its theatrical release, this indie-comedy introduced the world to some of best comedic actors and actresses working today and has since been declared a bonafide cult classic. The movie both skewers and pays homage to early ‘80’s teen comedies as it follows a group of counselors at the summer camp, Camp Firewood. The movie had gained such a large following that Netflix released two eight-episode series following the characters of the show with the same cast and writers of the original film. The movie’s director, David Wain, released another film on the platform, “A Futile and Stupid Gesture”, about the founders of the National Lampoon back in January. If you liked that movie, you’ll love “Wet Hot”. Paul Rudd’s character, Andy, is worth the full price of admission alone.

File under: Best movies to watch on Netflix while banding together with your friends to do dumb things. 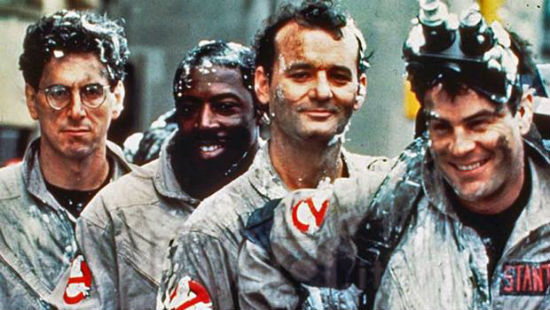 One of the greatest comedies and some might argue movies ever made. What can I really say? If you haven’t seen this film, or can quote it at the drop of a dime, put aside everything you are doing and let your life forever be changed. Bill Murray’s Dr. Peter Venkman is the prototype for every witty slacker protagonist that came after him and no one has done it better since. On top of that, it’s a hilarious movie about a group of scientists hunting ghosts in the Big Apple! What’s not to like?

File under: Best movies to watch on Netflix while banding together with your friends to bust ghosts. 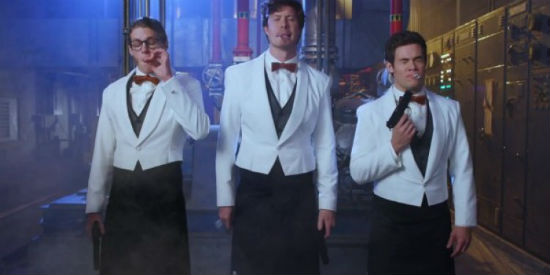 Rotten Tomatoes: No rating yet.

Okay. We’re taking a chance on this one. The Netflix Original, “Game Over, Man”, is the new action comedy from the guys who brought us Comedy Central’s hit series, Workaholics. The film follows three friends (played by Devine, Holm, and Anderson) who are just about to get their video game financed after a successful pitch meeting to investors and then the building is taken over by terrorists. The trailer makes the movie look like an homage to Die Hard as the guys take matters into their own hands to “f-ck some sh-t up”. Check out the trailer here. How could this not be hilarious?

File under: Best movies to watch on Netflix for all of the underdogs out there.

Best Movies on Netflix – The Old and Dependable 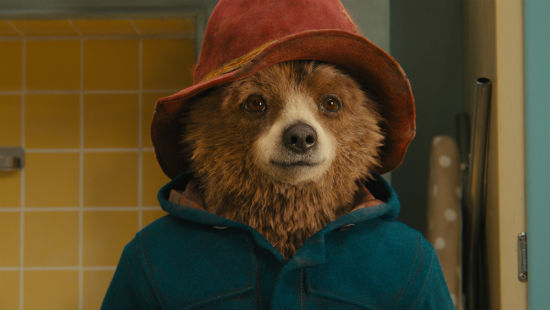 Paddington is one of those rare children’s movies that can be enjoyed by anyone no matter their age. Paul King and Hamish McColl created such a touching story about the power of family and accepting all creatures in this world. Even if this creature happens to be a clumsy marmalade eating bear.

File under: Best movies to watch on Netflix featuring the one and only Paddington the bear. 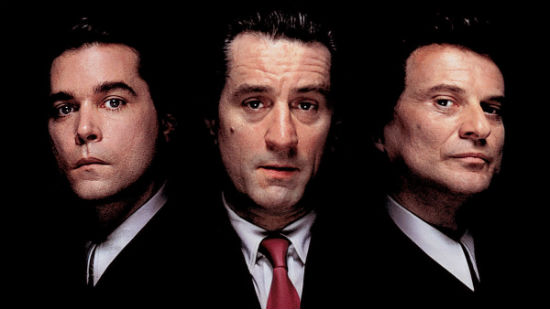 Has there ever been a movie with the same infectious pace as Martin Scorsese’s mob masterpiece? Many will argue that “The Godfather” trilogy is the pinnacle of mobster cinema, but are those movies half as fun as “Goodfellas”? I didn’t think so. There is no way to keep your eyes off the screen once this film dives into the wild upbringing of Henry Hill and his rise and fall within the world of Italian American organized crime. There are guns. There’s money. There are drugs. There’s the famous “funny how?” scene. There’s the unbeatable soundtrack. “Goodfellas” has it all.

File under: Best MOVIE to watch on Netflix. That’s it. End of discussion. Got a problem? 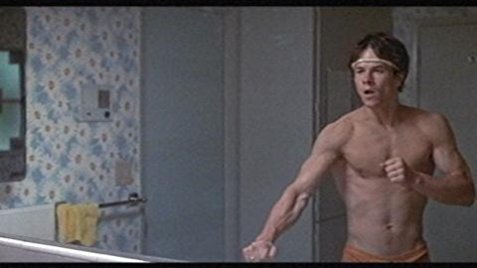 File under: Best movies to watch on Netflix that are about chasing stardom no matter what it takes. 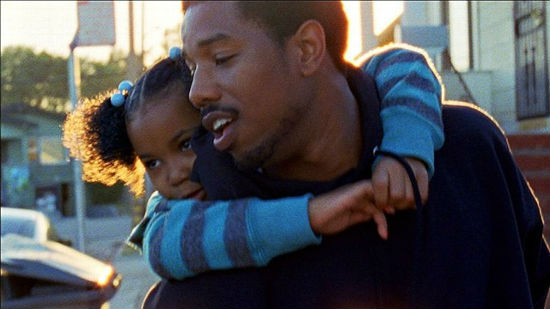 Black Panther director, Ryan Coogler, made one hell of an entrance with his directorial debut “Fruitvale Station”. The movie depicts the real-life story of Oscar Grant, a man who was shot and murdered on New Year’s Eve outside of the Bay-Area train station by the police. Starring a then-unknown Michael B. Jordan as Grant, the film went on to win both the Grand Jury Prize for dramatic feature and the Audience Award for U.S. dramatic film at the Sundance Film Festival. This was the first in what has become a long partnership between Jordan and Coogler as they later reunited for Creed and then of course with the hottest movie of the year, Black Panther. If you want to see where it all started, check out a trailer for “Fruitvale Station” here.

File under: Best movies to watch on Netflix for balling your eyes out uncontrollably. 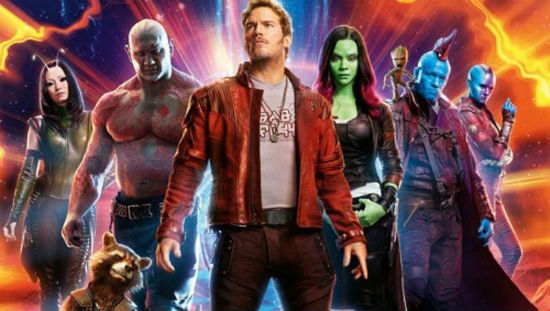 Written by: James Gunn, Dan Abnett (based on his Marvel Comics)

Available on Netflix: You guessed it. Right now!

James Gunn’s “Guardians of the Galaxy Vol. 2” doubles down on everything that worked so well in his first entry into the Marvel Universe. All of the great characters are back with an even bigger adventure this time around. James Gunn has created a series that has found the fun and sense of adventure as the original Star Wars films all while focusing on laughs and character development.

File under: Best movies to watch on Netflix if enjoy watching a little baby tree person and a foul-mouthed raccoon banding together to save the galaxy.