Stoners across the country will be celebrating on April 20th in honor of “420”, the sacred code numbers assigned to all things weed-related. Marijuana-enthusiasts, casual users, and, perhaps, first-timers will be looking for fun activities to do under the influence while others will just be looking to order some take-out and see what movies are available on Netflix. For those of you who get introverted after a few puffs and just want to get sucked into an adventure or laugh until you fall off of the couch, here are the stoner movies on Netflix you need to watch in honor of this special day.

Stoner novies on Netflix to watch in honor of 4/20 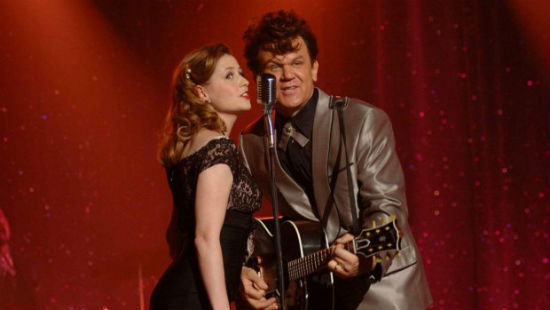 Once you have settled in and are at perfect baked equilibrium, there is no other movie on Netflix that will make you die with laughter quite like “Walk Hard”. This 2007 comedy written by Judd Apatow and Jake Kasdan failed to sell a lot of tickets when it was first released but has gained a cult following with its spot on send-ups of the popular biopics of the time like “Walk The Line” and “Ray”. The film has a great soundtrack with funny songs co-written by Marshall Crenshaw and tons of hilarious cameos like Eddie Vedder and even Jack White playing Elvis.

File Under: Stoner movies on Netflix to watch after a week of walking down life’s rocky road. 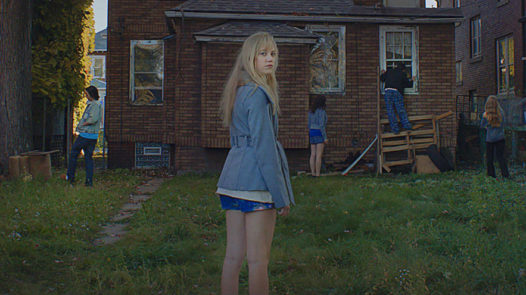 This 2015 horror film was basically like an insanely terrifying version of one of those PSA movies they showed in health class growing up to keep kids from getting frisky. The simple premise of a sexually transmitted curse chasing kids around is hardly a subtle metaphor but it made sure that this movie will be given the late night cul-horror classic treatment for years to come. Now, just make sure the special brownies you cook up before watching it aren’t too strong…

File under: The best of the stoner movies on Netflix for when … OH, NO LOOK BEHIND YOU! 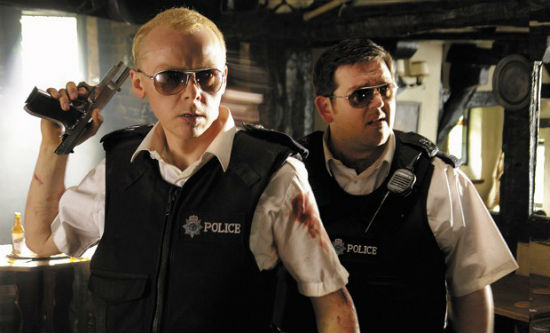 Any movie that brings together Simon Pegg, Nick Frost and director Edgar Wright is bound to be a good choice while celebrating 4/20. The second installment of Wright and Pegg’s “The Three Flavours Cornetto Trilogy” follows supercop Nicholas Angel (Pegg) as he gets reassigned from the busy streets of London to the quaint little town of Sandford. He begins to suspect that the town’s Neighborhood Watch Alliance — also known as the “N.W.A” — might be behind a stretch of brutal murders. The movie has a perfect balance of reference heavy jokes as well as one of the best final action sequences of any movie action or comedy.

File Under: Stoner movies on Netflix to watch when you want to see some badass small town carnage. 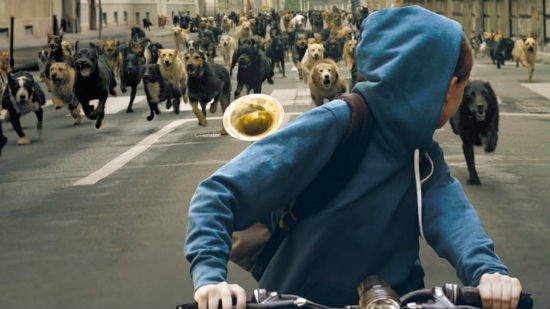 Starring: Zsófia Psotta and a bunch of angry dogs.

Okay. Only watch this one if you want to have your mind turned inside out. What if all of the dogs of the world decided to turn against their supposed “best friends”? We’d be pretty screwed that’s for sure. That is the concept of this amazing Hungarian film and while it is overall a pretty beautiful and elegant film, the main premise is one of any friendly stoner’s worst nightmares.

File Under: Stoner movies on Netflix to watch when you want to rethink how much you play with your dog. 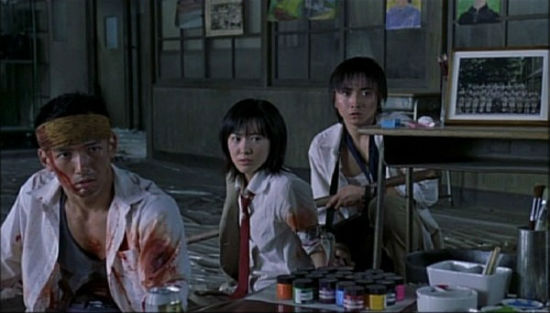 Starring: A bunch of kids battling to their doom.

There are a lot of movies that will take you on a mind-bending adventure while you’re stoned, but then there’s Battle Royale. This Japanese film took the world by storm upon its release for its truly twisted story. What if a bunch of bad high school students as a punishment were sent to an island to battle to the death? The movie is a gory-action classic that moves more like an ultra-violent video game than a feature film.

File Under: The best of the stoner movies on Netflix for … ah, who cares. Just pass the chips!