The Catskill Carriage guide to a perfect weekend in the Catskills They’re no Hamptons, and regulars visitors to the Catskills would like to keep it that way. But weekenders who go upstate will find it easier than ever to access the Catskills’ rustic charm thanks to a new Jitney-like service called Catskill Carriage, a luxury bus service that runs from Brooklyn and Manhattan to four towns in the region.

Founder Gabriel Brodbar, who was born and raised in Brooklyn, says he fell in love with the Catskills as a kid, and bought his own home there a decade ago. That’s when he realized how inconvenient it was for friends and family to visit. “There’s no trains, so if you don’t have a car, you only have one option — the Port Authority — and what an unpleasant experience that was,” he explains.

The new buses feature nearly fully reclining seats, complimentary WiFi, power outlets, spacious bathrooms and one very sweet touch: Each passenger receives a slice of local apple pie, baked by Brodbar’s mother-in-law. Catskills native Aimee Quick, Brodbar’s wife, keeps things running smoothly as the hostess. Buses pick up passengers from New York Distilling Company in Williamsburg and Barcelona Bar in Hell’s Kitchen for the approximately two-hour ride, with drop-offs in Monticello, Callicoon, Livingston Manor and Roscoe. The service is planning two more round trips this year to coincide with peak foliage and another in early November, with a full schedule coming in 2018.

Besides the incredible hiking, whitewater rafting and gorgeous mountain lakes for fishing and swimming, the Catskills offer plenty of ways to escape the city. We asked Brodbar for some of his favorite things to do in his neck of the mountain range, Livingston Manor. 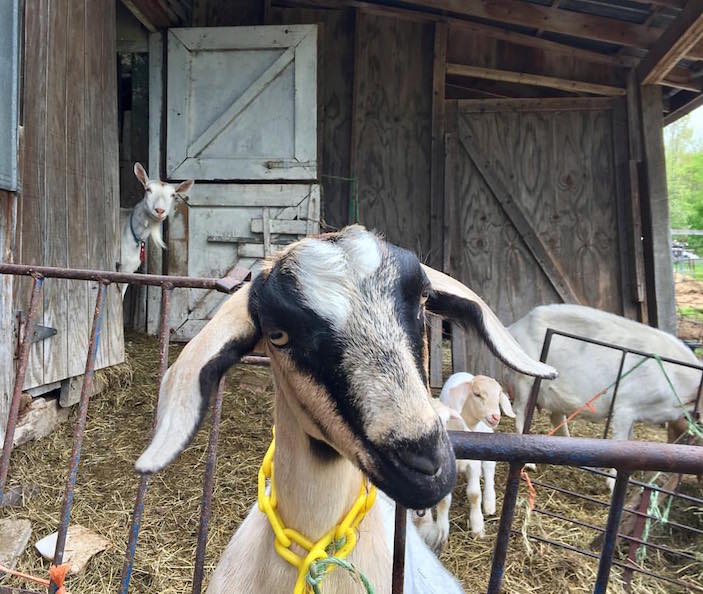 Things to do: Commune with nature by casting a line in the Catskill Flyfishing Center’s creek, or doing some light farm work like milking goats and feeding chickens at Apple Pond Farm. Exhibits at the Catskill Art Society Art Center rotate monthly and heavily feature local artists, plus a pottery studio and art classes should the creative spirit strike you. 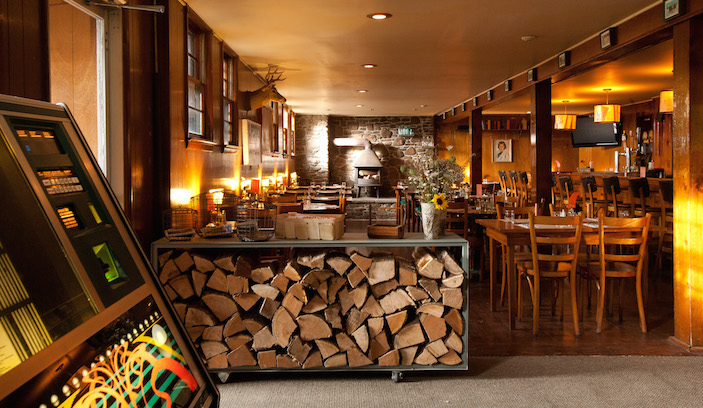 Dining: “I love the restaurant at the Arnold House,” he says referring to the Tavern (above), which has been around for over 50 years that draws a lively crowd prone to spontaneous sing-alongs. “I eat there constantly.”

He also recommends the nearby Beaverkill Valley Inn’s farm-to-table restaurant, where chef Galen Sampson grows some of the produce right on the property.

Post 1 of 2: available now – our Dry-Hopped Foeder Beer is our first turn of beer taken from our Foeders. This beer is another tasty mashup – a Saison with some funk, some tang and that is generously dry-hopped so it has a little bit of everything going on. Available now. #craftbeer #livingstonmanor #4thofjuly #catskillbrewery #beertography #saison #foeder

Libations: The Catskills are a great destination for beer lovers. Livingston Manor is home to Catskill Brewery. “I’m an absolute beer snob and it’s the best I ever had,” said Brodbar. “I had their Devil’s IPA at my wedding.”

Brodbar also recommends The Kaatskeller for wine and beer by the fire pit with a couple of their acclaimed pizzas. Prohibition Distillery is a short ride away in Roscoe for bourbon and gin as well as a lively outdoor cafe. 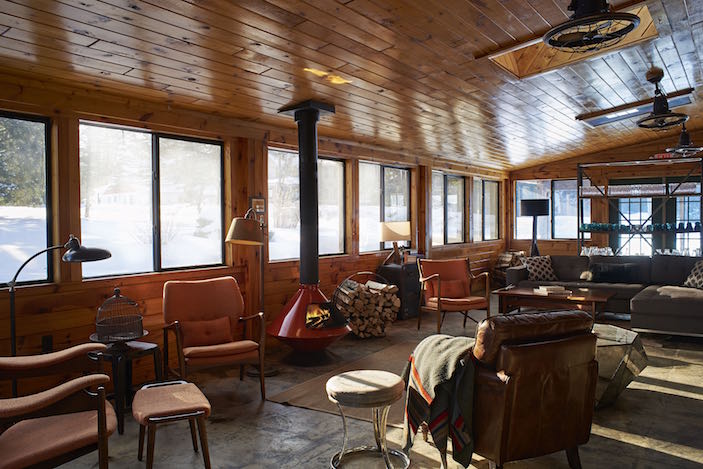 Lodging: Husband and wife team Sims Foster and Kirsten Harlow Foster have reimagined what it looks like to stay in Livingston Manor with their set of luxury boutique hotels: the Arnold House (above) and the new DeBruce Inn. “The DeBruce is a really beautifully renovated old-school hotel,” says Brodbar.

The Fosters’ latest opening is the highest-end of the hotels, but all of the inns blend rustic charm and hipster aesthetics between mid-century furniture, quirky artwork and claw foot bathtubs, making them perfect for drool-worthy Instagram posts.