The curse of 2008: Phillies World Series Champions mired in slumps - Metro US
MLB

The curse of 2008: Phillies World Series Champions mired in slumps 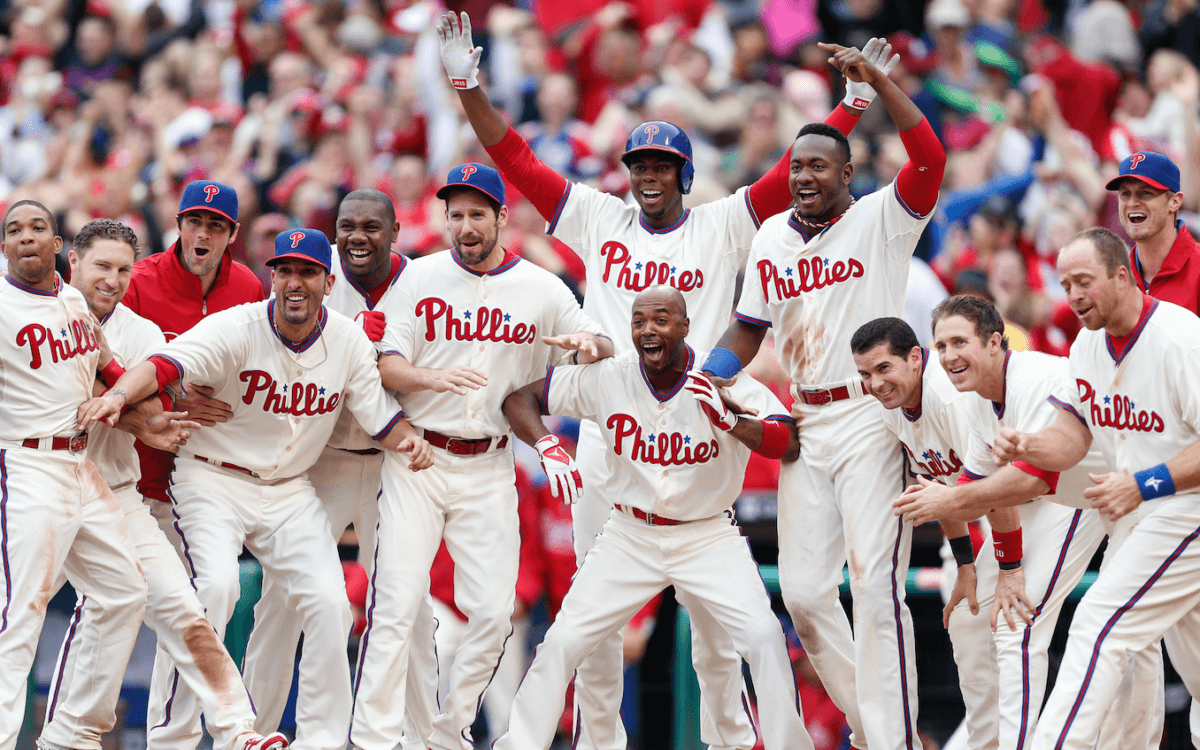 For one reason or another, most of the still active members of the Phillies' 2008 Wor
Getty Images

Chase Utley’s problems at the plate has been the top Phillies story a month into the season. But Utley isn’t the only active member of the 2008 Phillies, who is struggling. The iconic second baseman, who is in a vicious slump, crossed the putrid .100 mark courtesy of a pinch-single Saturday night (though he did smack a double and score a run in Sunday’s matinee against the Mets).

A bevy of active former Phillies are under the Mendoza line. Entering Sunday’s game Jayson Werth is hitting .198, Jimmy Rollins is scuffling along at .167. And Shane Victorino, who is on the disabled list again for the Red Sox, is batting .143.

Carlos Ruiz is the leader of the aging pack with a .237 average. Ryan Howard, who is the Phillies biggest whipping boy, has been the most productive of the bunch with a .232 average, six homers, 15 RBIand a decent if not unspectacular .786 OPS.

“It’s weird seeing that,” the Marlins Giancarlo Stanton. “These are such great players that I watched when I was growing up and they’re struggling.”

There’s a simple reason why such long of tooth players, who have had great careers, are having issues.

“Every player gets old and starts to lose it,” a NL scout said. “That’s just the way it is. It happened to Willie Mays, Henry Aaron and all of the greats. You’re going to see it earlier with players now if this is really the post-steroid era.”

Are the stars of the Phillies glory years just slumping or are their skills eroding so much that they should consider hanging up their spikes? If so, who will follow the route of Mike Schmidt, who shocked the baseball world by retiring in 1989, just as he noticed that he couldn’t play at an elite standard anymore? Or will some of the biggest names in Phillies history pull a Steve Carlton and hang on as long as any team will take a chance with them on the roster?

“Everybody’s different,” a NL scout said. “But many guys will have to be dragged out the door. This is the only life they’ve ever known.”

It’s said that major league players die two deaths, when they say goodbye to the earth and when they take their uniform off for the final time.

Can Utley turn it around? Will Howard, who has been hot of late, be productive in June?

“I think they will be,” Ben Revere said. “They got off to a slow start. I’m a guy that’s normally a slow starter so I know something about that. You look at Chase, he’s hit the ball hard at people. He’s been robbed of hits. Baseball has a way of balancing things out. He’ll get his hits and (Howard) will get hot when it gets warmer. The numbers will come up.”