These are the 15 essential documentaries of 2018 – Metro US
Movies

These are the 15 essential documentaries of 2018

The relentless pace of our world is often overwhelming. With a new crisis hitting the headlines every week — and usually more often than that — it can be impossible to pay attention to what matters. That’s where the best documentaries of 2018 come in.

Instead of the constant din and blur of the news cycle, documentaries are a chance to focus on the people, issues and stories that are shaping our present and future. They’re also about reconnecting with our common humanity through inspirational stories and nostalgic romps through our childhoods. Here are our picks of the essential documentaries of 2018. 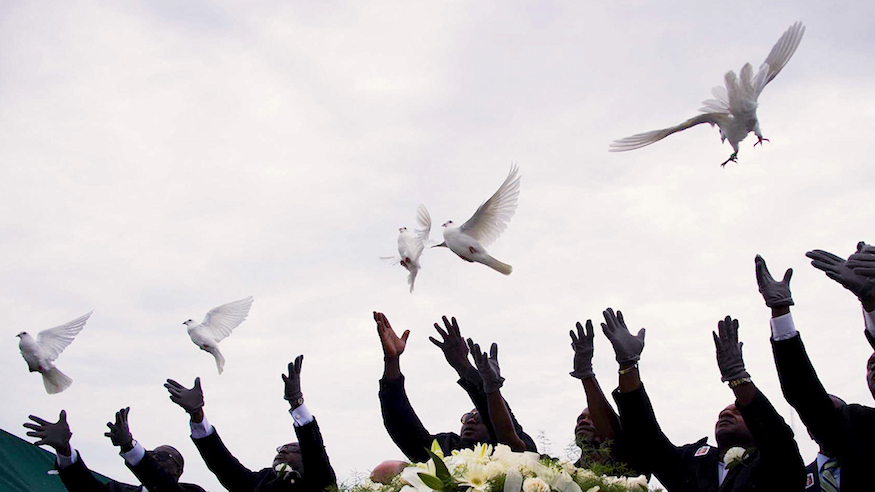 The city of Charleston, South Carolina changed on June 17, 2015 when nine African-American parishioners were gunned down inside Emanuel African Methodist Episcopal Church by a 21-year-old man radicalized by white supremacists. Domestic terrorism and the resurgence of hate crimes are among the gravest threats facing the United States today, and Emanuel doesn’t shy away from all the ugliness they create and the difficulty of finding a way forward. 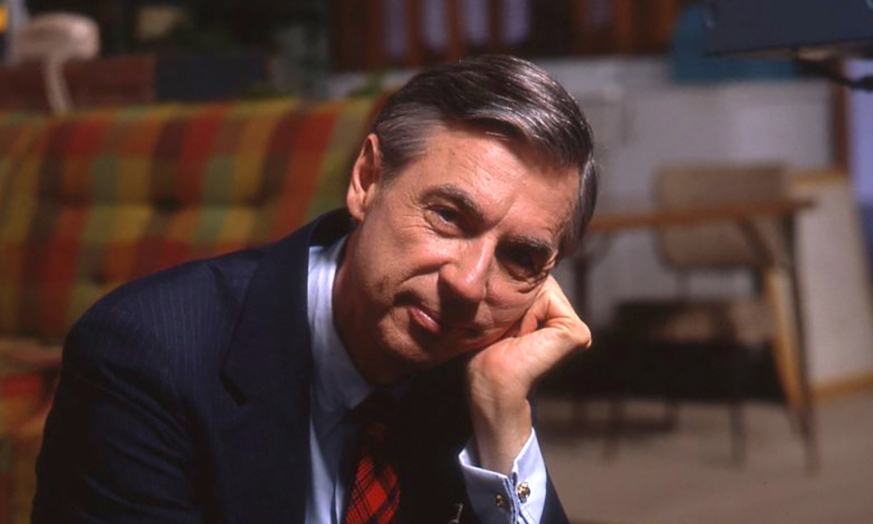 Best Documentaries of 2018: Won’t You Be My Neighbor?

Children’s entertainment was never so gentle, empathetic and progressive as Mister Rogers’ Neighborhood. Oscar-winning filmmaker Morgan Neville’s documentary Won’t You Be My Neighbor? tells the story of  about Fred Rogers, the Presbyterian minister who made it his mission to help every child feel unconditionally loved on his show Mister Rogers’ Neighborhood. Always honest with his audience, Mister Rogers tackled such heavy topics as racism, disability and homophobia. 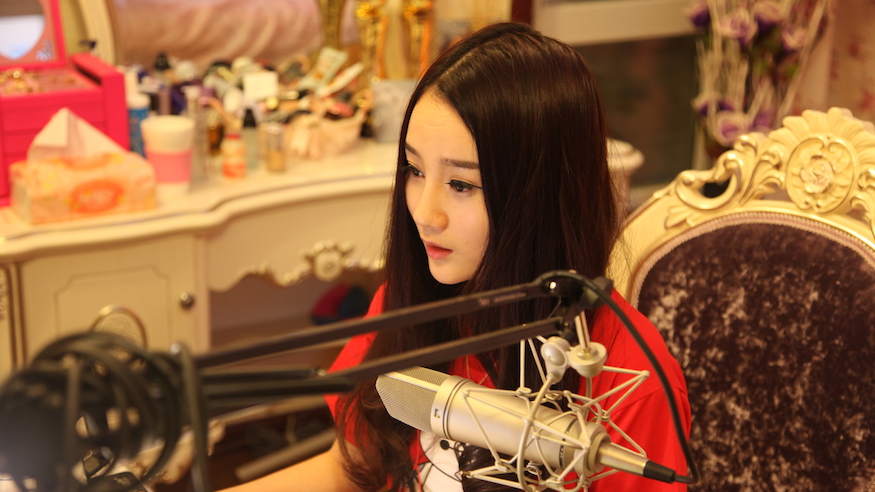 A real-life episode of Black Mirror is already unfolding in China, whose livestreaming showrooms can lift ordinary people to the highest fame. Winner of the Grand Jury Award at the SXSW Film Festival, People’s Republic of Desire is a dark and even terrifying profile of two of this world’s stars who have it all — and could lose it in an instant. 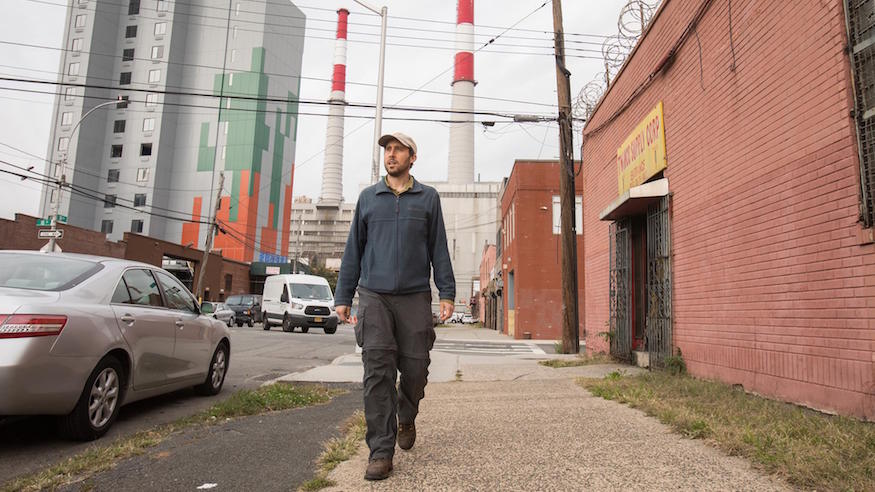 Best Documentaries of 2018: The World Before Your Feet

Many of us have a bucket list or retirement dream, but Matt Green didn’t wait until he had the time for what he wanted to do. He set out out to walk every block of New York City, a quest that he thought would take maybe two years — eight years later, he’s given up his steady job and apartment to keep doing it. The World Before Your Feet is a love letter to New York City, but it’s also a story about embracing joy and living a life of discovery. 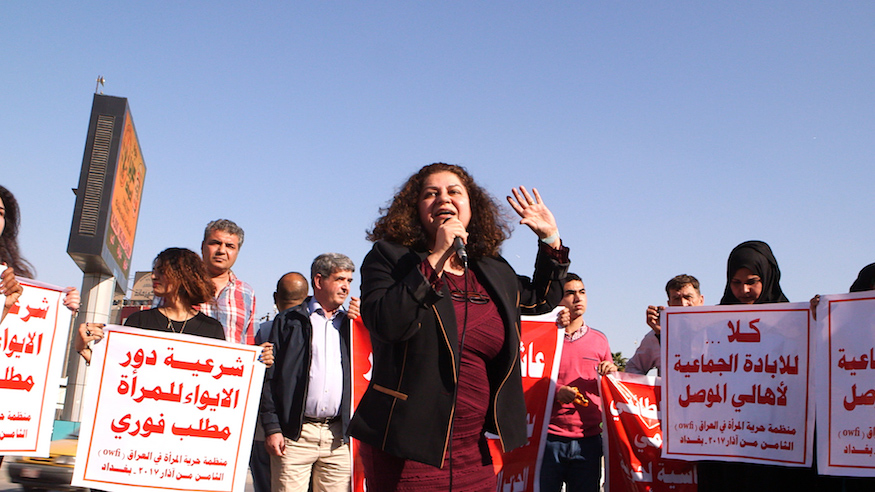 Best Documentaries of 2018: I Am the Revolution

The fight for women’s rights is ongoing all over the world, but perhaps nowhere is the task larger and the risks higher than the Middle East. That’s where war zone journalist Benedetta Argentieri found the subjects of her film I Am the Revolution, which follows three women fighting for freedom and gender equality in Afghanistan, Syria and Iraq. Argentieri challenges the world’s view of these women as timid and subservient to show how they’re creating real change from remote villages to city streets. 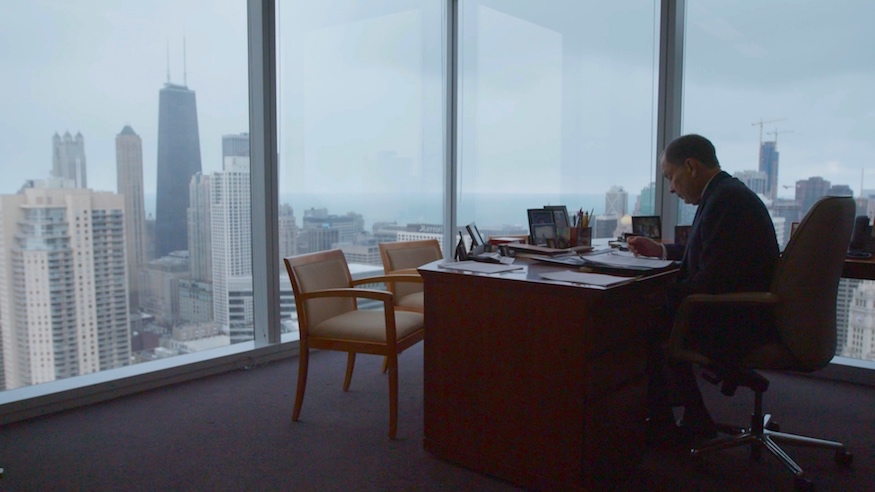 Best Documentaries of 2018: Inside Lehman Brothers

Everyone knows the broad strokes of what led to the 2008 financial crisis, for which only a single Wall Street banker was sent to jail. Inside Lehman Brothers looks at how the high-flying company was reduced to bankruptcy through the stories of whistleblowers who tried to sound the alarm after spotting early warning signs — which we would do right to heed now, as some are predicting another crash is on the horizon. 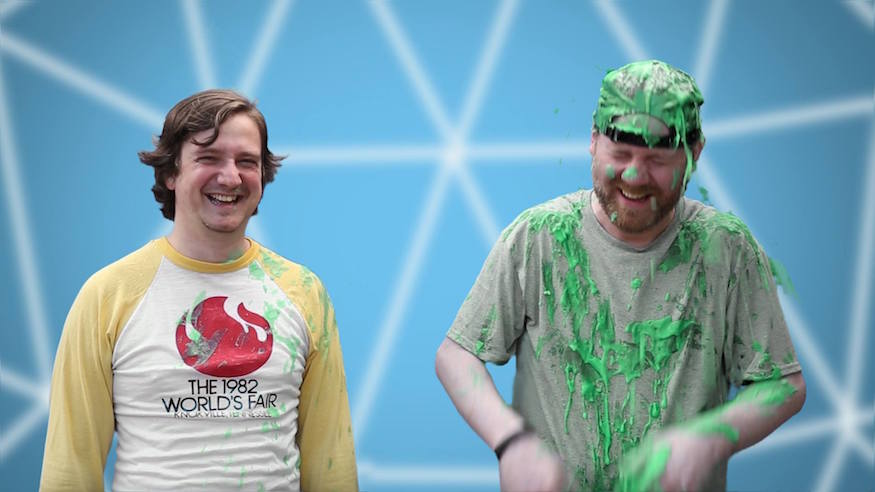 Best Documentaries of 2018: The Orange Years

Ask any kid who grew up in the ‘90s what they wanted more than anything back then, and they probably wouldn’t name a toy — they’d want to climb the Aggro Crag or compete on Double Dare. Nickelodeon was the first network that really got kids, and The Orange Years goes behind the scenes with the stars, hosts and executives who had just as much fun making these shows as we had watching them. 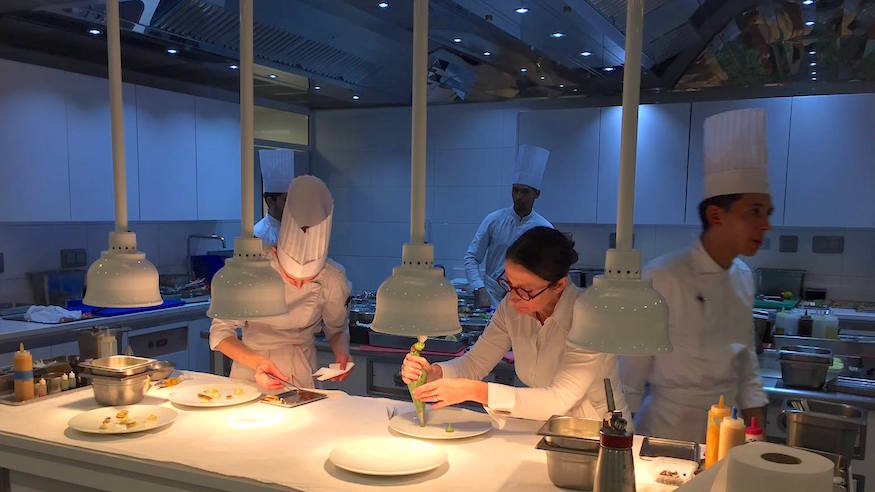 Best Documentaries of 2018: The Heat: A Kitchen (R)evolution

Few work environments are as hostile to women as the restaurant industry, between the culture of machismo in the kitchen and the expectations placed on waiters working for tips in the dining room. Director Maya Gallus profiles seven female chefs with plenty of talent and ambition who have been held back by sexism at some of North America’s top restaurants. 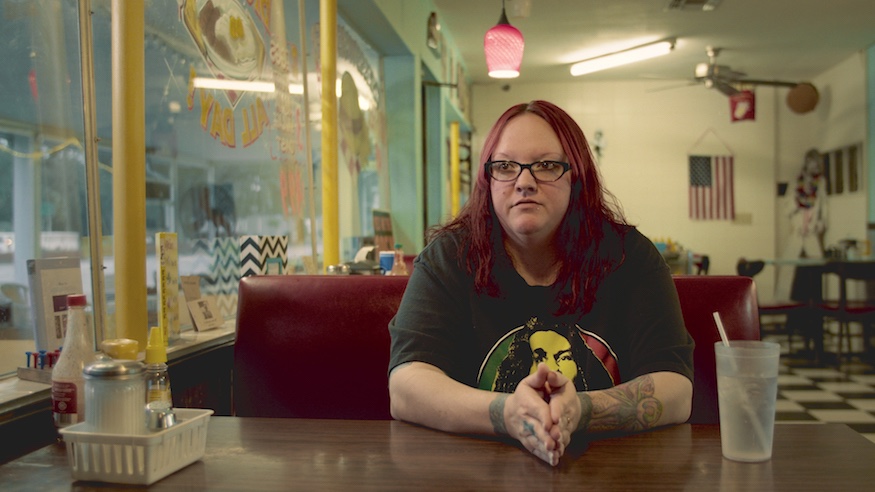 It’s the question of our time, no matter where is your homeland is: What makes someone join a hate group like the neo-Nazis or jihadists? And what makes them decide to leave? Director Karen Winther used to be part of a violent right-wing organization, which she uses to tell the story of rebellious excitement turning into the realities of life as an extremist, and how difficult it can be to break away in Exit. 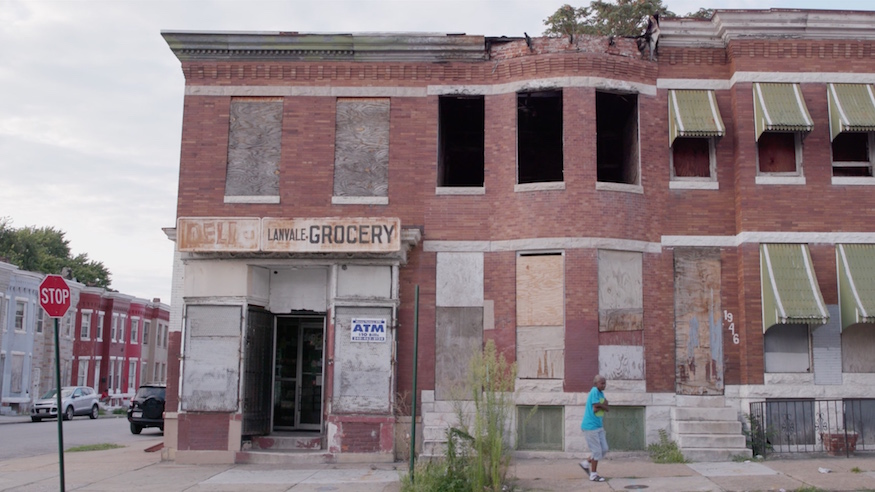 Best Documentaries of 2018: Owned: A Tale of Two Americas

Not everyone is convinced the concept of white privilege exists. Owned: A Tale of Two Americas will be a revelation, laying bare how the American Dream of homeownership was created after World War II to boost middle-class wealth — specifically, white wealth. From Levittown to Orange County to Baltimore, Owned exposes the flawed economic policies and racism that have put the American dream out of reach for many. 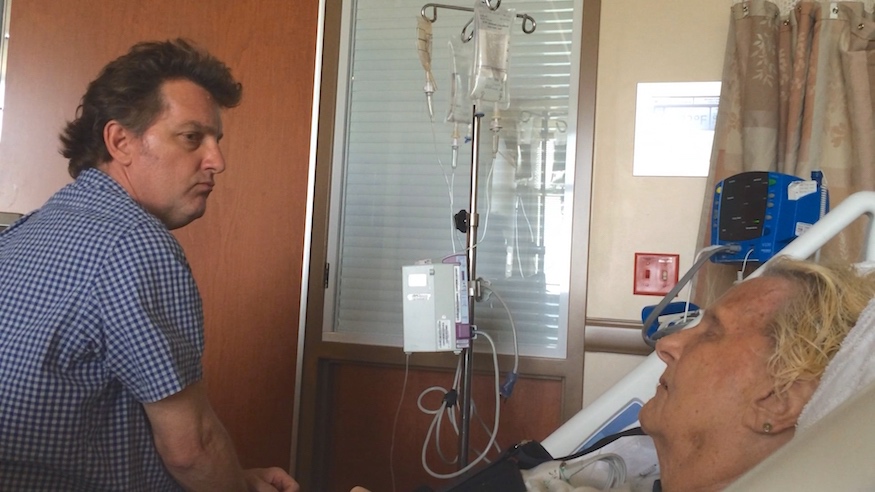 Best Documentaries of 2018: Bleed Out

Here’s a fact to keep you awake at night: Medical errors are the third leading cause of death in the United States, claiming at least 250,000 lives annually — a figure that may be much higher. Director Steve Burrows lives with the pain of this every day: his mother was left in a coma with permanent brain damage after a routine hip-replacement surgery. Bleed Out chronicles his quest to find out what happened and get justice in the American healthcare system that seems to serve everyone but those who are actually ill. 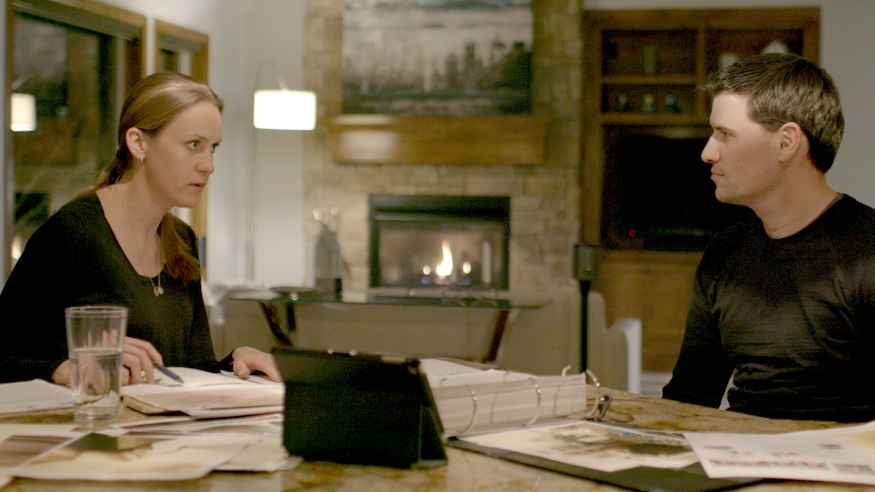 The rise of true crime podcasts and documentaries has thrust a key piece of evidence that used to be trusted by juries into doubt. False Confessions shows how innocent people can be compelled to admit to a crime they didn’t commit through surprisingly legal tactics used by police, and how defense attorney Jane Fisher-Byrialsen is fighting to change these interrogation procedures with devastating consequences. 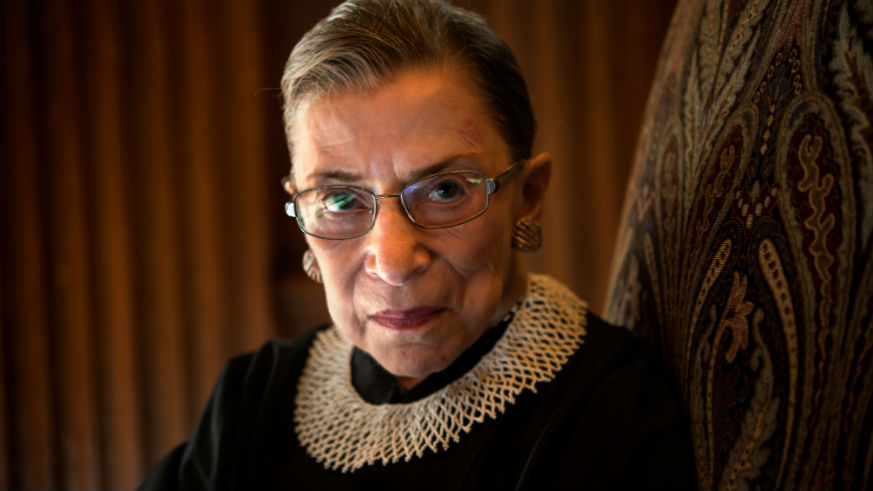 Women’s ongoing fight for equality in the workplace makes this a perfect moment to look back on the career of one woman who never let a glass ceiling stop her. Ruth Bader Ginsburg is a modern-day feminist icon, from her start as an ACLU lawyer to the Supreme Court bench and earning the title “The Notorious RBG” for her tireless advocacy. RBG is a moving portrait of a woman at work, while also making room for her husband Martin Ginsburg — because we rarely walk alone. 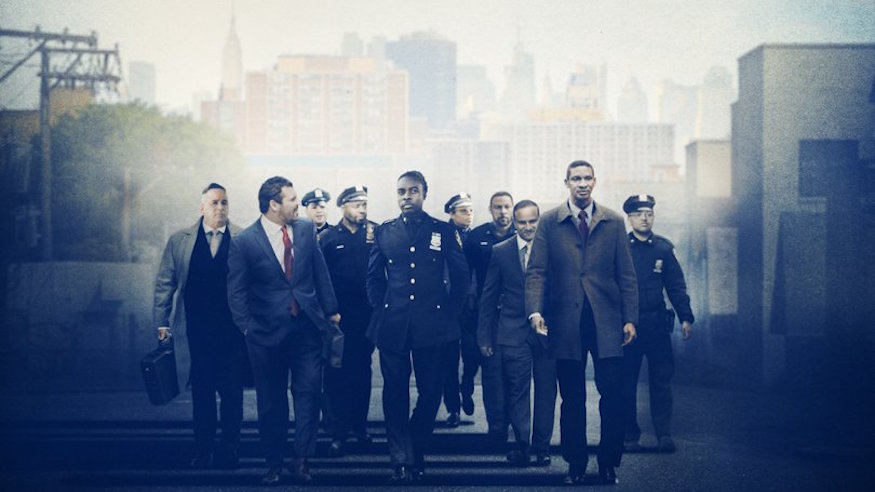 The gulf between communities of color and the nation’s police departments has always been vast, but the recent spate of fatal shootings of unarmed black men and the #BlackLivesMatter movement has made it part of the national conversation. For his Sundance Special Jury Award-winning documentary Crime + Punishment, Stephen Maing got unprecedented access to a group of whistle-blowing cops known as the NYPD 12 who reveal how young minority men and women are illegally targeted by quota-driven policing — and the consequences for cops who refuse to comply.