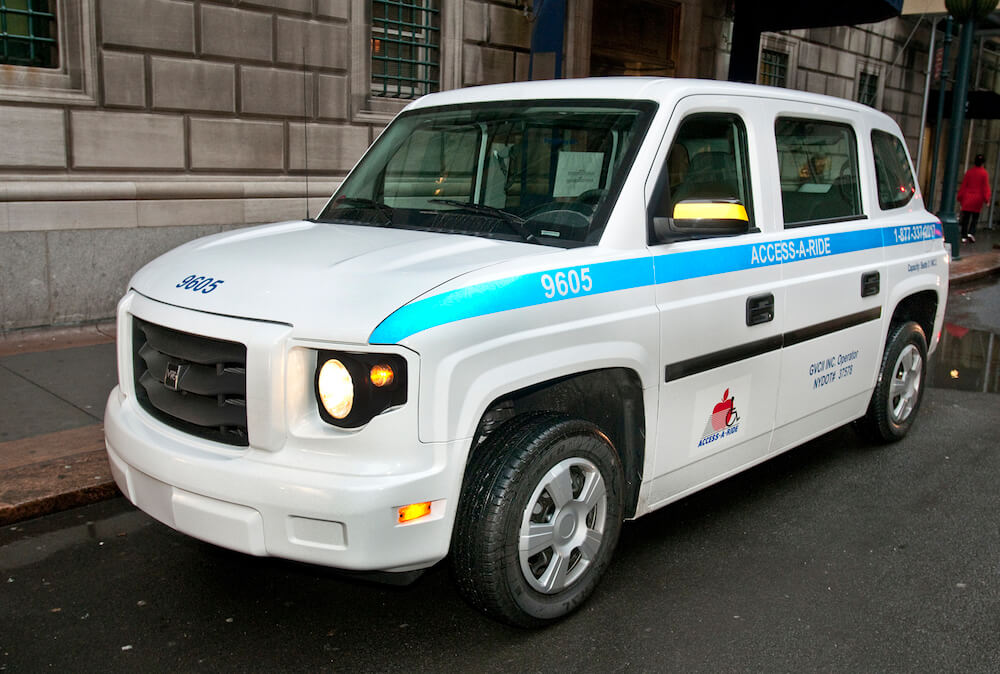 Instead of helping seniors and New Yorkers with disabilities gain access to reliable transportation, a review of the MTA’s Access-A-Ride program found that it has been a costly debacle for the city and thousands of residents.

City Comptroller Scott Stringer released an audit Tuesday that revealed widespread mismanagement by the MTA in the Paratransit program, which provides services, mandated by the Americans with Disabilities Act, for passengers who cannot use public buses or subways.

“There’s a reason Access-A-Ride passengers call the service ‘Stress-A-Ride,’” Stringer said. “When Access-A-Ride leaves customers in the lurch, they may miss medical appointments or risk being late to work.”

Among its findings, the audit discovered that Access-A-Ride buses or cars left residents stranded more than 31,000 times last year, while the MTA reportedly failed to monitor and correct any issues that arose.

Last year Access-A-Ride provided services — for which the MTA paid $321 million — to more than 144,000 residents in the city, totaling about 6 million rides yearly.

“Access-A-Ride is absolutely essential for thousands of people to get around New York City every single day, yet this program stranded thousands of people, wasted millions of taxpayer dollars and caused untold harm and distress,” Stringer said. “After years of mismanagement, it’s on the MTA to take action now.”

The MTA delivers service for the program through a network of 16 companies, which then offer services using MTA Paratransit Division-owned vehicles and for-hire vehicles, which provide transportation to ambulatory passengers.

In response to the audit, an MTA spokesman said that although “every single customer is important,” the reported 31,000 no-shows amount to less than half of 1 percent of total trips.

“Every ride is important to us. Even though we carry 6.3 million per year, one missed ride is one too many, which is why we are constantly striving to improve the service, management and cost controls of this important program,” the spokesman, Kevin Ortiz, said. “We will continue to enhance our efforts to improve contractor performance, so that our customers receive safe, reliable, timely and cost-effective service.”

According to the comptroller’s audit, the service providers blamed the customers for the no-shows although an MTA review found that the contractors were likely responsible for 40 percent of those incidents. The agency however only assessed $12,000 in penalties last year.

The review of the program also found that through examining pickup and drop-off time, it is possible that service providers may have manipulated over 2.5 million electronically recorded times to improve their “on-time performance data.”

Close to three-quarters of the time, providers misrepresented or had no data that would confirm when customers were picked up. And although vehicles are required to have GPS systems installed, the review found the MTA routinely failed to use such technology to determine if the vehicles actually showed up to their destinations.

As result, the audit found that because of the lack of GPS data, the MTA may have paid close to $130,000 for services that never occurred. In 2015, customers filed 4,771 complaints about no-show vehicles, but the MTA deducted only 586 returns for taxi rides taken when vehicles didn’t show up.

At the end of the audit, Stringer made recommendations, including making sure all vehicles are equipped with GPS technology and that the system is activated when vehicles are in service; use GPS data to evaluate performance; take corrective action against service providers that inaccurately report trip and vehicle data, and consider finding new car service providers or alternatives.

“In a city that prides itself on its diversity, tolerance and accessibility, the Access-A-Ride program is an affront to all New Yorkers,” Stringer said.

Ortiz, the MTA spokesman, said the agency is currently improving its monitoring of contractors’ pickup times, with the goal of having100 percent compliance with providing GPS data for reporting by December.