The door to the Hancock House on display at the Old State House Boston. Photo: Courtesy Bostonian Society/Justin Knight

What does it mean to be an American? Who were the Founding Fathers referring to with the “We” of We the People? And who is left out of the story we tell about the American Revolution?

These are big questions, but a new exhibit opening Wednesday at the Old State House in Boston will challenge visitors to tackle them head on.

“Through the Keyhole” wants people think about the voices often left out of America’s history, and how that changes our perceptions of what is “American” today.

“People have a sense of who the core characters are, but that’s a distorted understanding of what the American Revolution was all about,” said Nat Sheidley, executive director of The Bostonian Society, which operates the Old State House. “It was much more a social movement, a popular movement, than people realized.”

One of those core characters was John Hancock, most remembered for his bold signature on the Declaration of Independence. But Hancock was also a social figure who’s Beacon Hill home was “known to people throughout Boston,” Sheidley said.

“I think Hancock saw one of his roles during the Revolutionary period as being sort of patron for the town, he saw himself as having the role of bringing people together,” he added, and the Hancock House served as that connecting space.

At the crux of the exhibit is the Hancock House’s door. Though the building was torn down in 1863, the door has been preserved, and it’s a portal to historical figures besides Hancock himself. 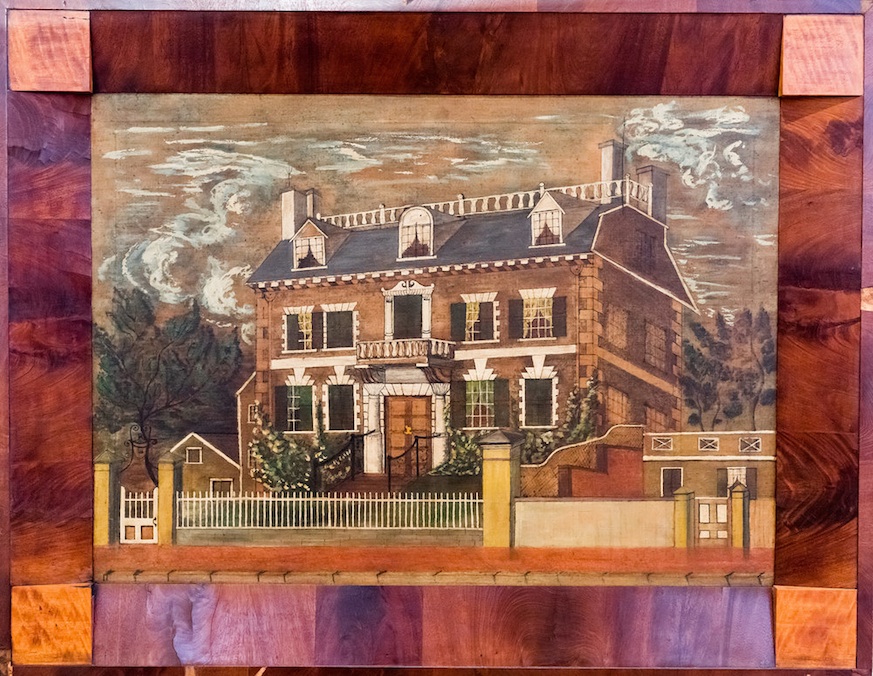 The Hancock House was a central figure in American history for many, aside from just John Hancock himself. Photo: Courtesy Bostonian Society/Louisa Crowninshield

“What were trying to explore in this exhibition is how we might use historic artifacts to dig a little deeper, to see how the lives of the most visible and powerful founders were bound up with the lives of many others who helped to push the colonies toward independence,” Sheidley said.

A play within the exhibit, “Cato & Dolly,” will explore the lives of two figures who stepped through that same door — Cato, a slave who lived at the Hancock House, and Dolly, John Hancock’s wife and the first lady of Massachusetts. The play will give visitors a glimpse of everyday life behind the Hancock door through the eyes of those who lived there.

“We love the symbol of the door, it’s a great metaphor and hard to avoid — it’s a gateway for understanding, but doors are also barriers,” Sheidley said. He hopes this symbol makes visitors think about what doors in America are closed to certain people today.

The door to this exhibit, at least, is open to everyone, Sheidley said: local Bostonians, who may usually avoid the Freedom Trail and its groups of tourists, as well as those who want history to be more diverse than the Founding Fathers.

“The work we’re doing [is] to try to broaden the picture of who took part in the Revolution, and we hope it makes the story feel relevant to a broader cross-section of our audience,” he said. “What happened here belongs to us all, it doesn’t just belong to people who look like John Hancock, and we feel we’re making that accessible.”