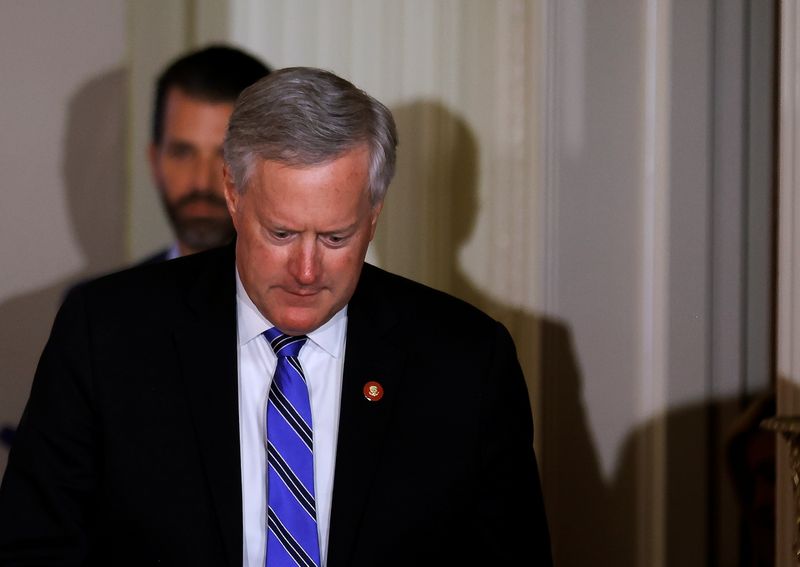 White House Chief of Staff Mark Meadows arrives for U.S. President Donald Trump’s statement about early results from the 2020 U.S. presidential election, in the East Room of the White House in Washington

WASHINGTON (Reuters) – White House chief of staff Mark Meadows urged U.S. Food and Drug Administration head Stephen Hahn to authorize Pfizer Inc’s COVID-19 vaccine by Friday and quipped that he should prepare to resign if not, a senior administration official said on Friday.

Meadows leaned on Hahn during a phone conversation on Friday. The official told Reuters that Meadows’ comment about resigning “wasn’t a red line,” but was more of a quip with the intention of urging “the FDA to act quickly and get the job done and stop the delays.”

The White House declined to comment, although an administration official said Meadows does request regular updates on the progress toward a vaccine.