More than six years on, New York City is still recovering from Hurricane Sandy, but now, one restoration project in the works has received a special donation of sand for the Jamaica Bay shoreline.

MCR and MORSE Development, the hotel operator behind the TWA Hotel at JFK Airport, has donated 74,000 cubic feet of sand to the National Park Service to benefit the Spring Creek South Storm Resilience and Ecosystem Restoration Project.

That project will create a protective berm, or raised barrier, that will stabilize the Jamaica Bay shoreline, protect Howard Beach from storm damage and flooding, and restore the native habitat to Spring Creek Park, a wildlife refuge in the Gateway National Recreation Area.

The bundle of clean sand, which TWA Hotel called a “special delivery” to Queens, is worth $5 million, Queens Borough President Melinda Katz said in a statement.

“Spring Creek Park is an ideal destination for those who love nature, but it also has the potential to be the borough’s first line of defense against storms that threaten to flood surrounding communities,” she said. The donation “will both save taxpayers money and go a long way toward making the TWA Hotel’s home borough more resilient in the face of future storms.”

The sand was excavated from the site of the TWA Hotel, which is set to open in spring of 2019, to make way for the hotel’s 50,000-square-foot events center.

Jamaica Bay and the Rockaways were some of the most heavily impacted areas during Hurricane Sandy, with storm surges of more than 10 feet striking the shorelines.

The Spring Creek South Storm Resilience and Ecosystem Restoration Project has been much anticipated to better protect that area, said Alex Zablocki, executive director of the Jamaica Bay-Rockaways Parks Conservancy. 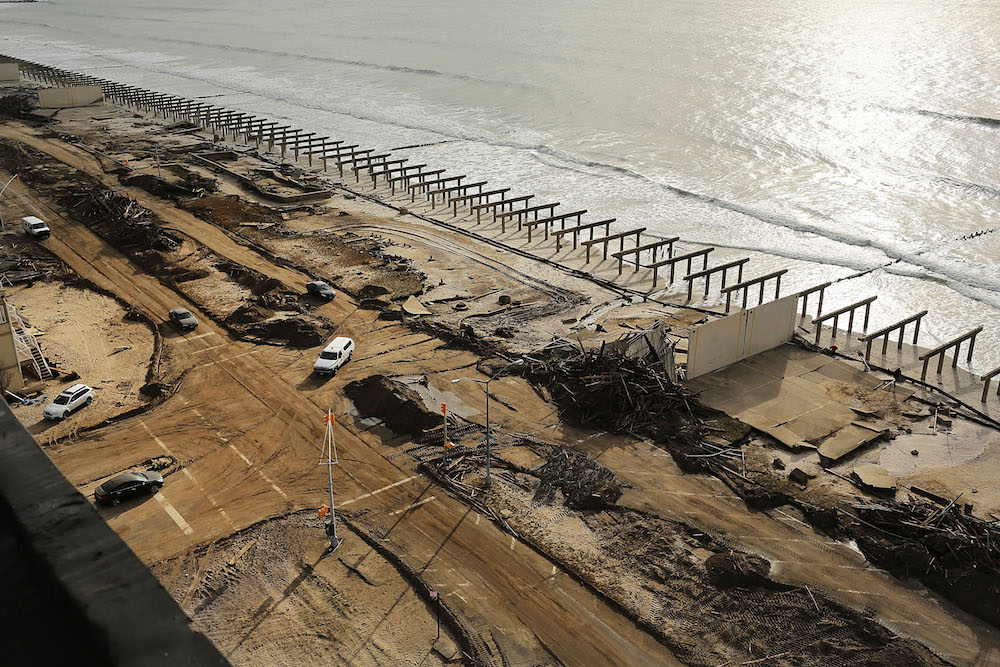 “As we face increased threats from climate change and sea level rise, projects that utilize natural areas to protect shoreline neighborhoods while balancing the needs of our delicate ecosystems is key to ensuring resilient parks and communities,” Zablocki said in an email.

“The Jamaica Bay-Rockaway Parks Conservancy is grateful for the sizeable donation of 74,000 cubic feet of sand for this project by TWA Hotel,” he added. “Partnerships like these are critical in balancing the commercial use of Jamaica Bay with the unique urban natural areas within it.”