Being a fan of Ty Segall’s music is not a casual pursuit. While some artists tend to create mini worlds with their output, the Laguna Beach, California-born musician has created a galaxy’s worth of music with both his own music and his various side projects along the way. With the release of his newest album, “First Taste,” his 17th full-length solo album in 11 years, Segall is following further down the dark psychedelic path he had forged albums like 2015’s “Emotional Mugger,” finding a sound that still has the garage-punk spirit of his early output but arriving somewhere completely unique.

“I think everybody, if they were honest, would say that when they make records by themselves in a basement or something, that’s their own selfish, private, weird thing. That’s totally awesome, but for me, in order to balance that out, I’m constantly thinking about what I can play with the band,” — Ty Segall 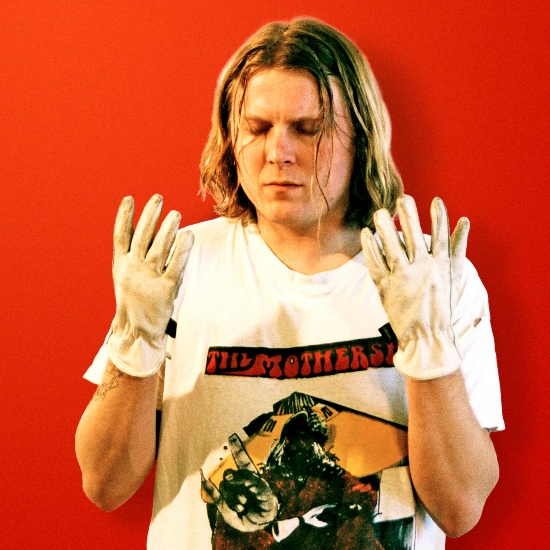 The album has less of the smoldering guitar work that Segall has been known for, but this time around he has opted to take the music in a more synth and rhythmic-forward direction.

“Basically, I just wanted to do something I hadn’t really done before, instrumentation-wise,” says Segall when I talk to him on the phone one morning. “I started to collect instruments I didn’t know how to play — synthesizers, this thing called a koto from Japan, Greek bouzouki, recorder, tons of different things — and basically just started making sounds with them. Another idea I had was that I wanted it to be a very drum-forward record. I realized that I hadn’t really made a drum-forward record yet, and I consider drums to be almost my primary instrument in some ways. Definitely in the songs I’ve been writing for the past couple of years, it seems like the drums come first, in a weird way. At least for the weirder, more experimental songs, the drums seem to be the main sculptor of the song and then I add layers of other stuff.”

With his backing band, Freedom Band, Segall will be playing his new album front-to-back at five different shows starting this week, along with full performances of some of his most beloved albums: “Melted,” “Goodbye Bread,” “Emotional Mugger” and “Manipulator.” Both “Goodbye Bread” and “Melted” show the transitional period in Segall’s career that show his simplistic garage sensibilities morphing into the Hawkwind and Alice Cooper psych-assault he and his band are more interested in creating now with albums like “Emotional Mugger,” “Manipulator” and, of course, his most recent.

“It was half more my style, what I wanted to play, and half what I thought what people would want to hear,” says Segall on choosing these specific albums out of his massive catalog. “For instance, I wanted ‘Goodbye Bread’ and ‘Emotional Mugger,’ and those are definitely not my best-selling records, but for me those are two favorite records of mine. Then, ‘Melted’ and ‘Manipulator’ are by far my most popular records, so I felt people would be stoked to see those. So it was 50-50, half for my fun and half for what I thought people would want to hear.”

Last year, Segall released three proper albums along with records with his side projects The C.I.A., with his wife Denée, and GØGGS. For a man as consistently busy and prolific, I ask him whether the people surrounding him inspire him to create more these days or if it’s an engine within him that keeps propelling him forward.

“I have ideas for the band and ideas for myself,” Segall says. “I think everybody, if they were honest, would say that when they make records by themselves in a basement or something, that’s their own selfish, private, weird thing. That’s totally awesome, but for me, in order to balance that out, I’m constantly thinking about what I can play with the band. They’re so good that I want to play with them all the time. This record is a good example of both headspaces where half of the album, it’s pretty much the band, where it’s Charles [Moothart] and I on double drums and then sprinkling of the band everywhere. Then, the other half of the album is me in my basement by myself, so it’s a perfect blend of those two things. I feel like if it was just me by myself in the basement, this album wouldn’t be nearly as exciting or cool, at least in my opinion. So, I’m fully of that mindset.”

Listen to “First Taste” by Ty Segall below…