Want to know what your cat is feeling? Look at his booty - Metro US
Lifestyle

Want to know what your cat is feeling? Look at his booty Next time you want to know what your cat is trying to tell you, check out his caboose! Photo: Getty Images

Cats and dogs are our favorite pets, and their behaviors are frequently compared. However, dogs are more bonded to people, thus cats stand out with their independence and sometimes indifference. This often means felines have a reputation of being isolated and even treacherous animals. But maybe that’s all just a misunderstanding.

A feline veterinarian at the University of Pennsylvania Veterinary School says he has identified six ways cats communicate with us. Just like puppies, cats use their tails to express emotions.

“Just as the other parts of a cat’s body play a role in communication, the tail posture and its movements can be interpreted by looking at the rest of the body,” Carlo Siracusa, a professor at Animal Behavior School of Veterinary Medicine, University of Pennsylvania, explained to Metro.

“For example, a cat on the defensive may have the tail curved down, but so does the neutral or relaxed. The rest of the body, on the other hand, looks very different.” 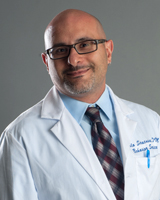 Q: What are the six cat tail positions you have identified?

A: As with all the other body parts that play a role in communication, the tail position and movements should be interpreted observing the rest of the body. A specific position is not always indicative of the same mood state. For example, an offensive aggressive cat can have his tail up, but also a fearful “Halloween” cat (with the arched back) has the tail up and puffed, as well as a greeting and friendly cat that has his tail up with a hook at the tip.

Similarly, a defensive cat can have the tail down and curved, but a relaxed cat also carries his tail in a neutral or low position. The rest of their body, however, would look very different.

Q: Why is feline behavior misunderstood by many people?

A; People are not trained to understand cat communication, which sometimes can be very subtle. Cats are not strictly social animals, though they have adapted to live with other cats and people, and their communicative skills are limited because they used to be solitary animals in nature with no need to communicate extensively and frequently with other cats.

Q: Are these tail movements indicative of the emotions of all felines?

Q: Do cats use these movements to communicate with other felines?

A: Yes. As we were saying, cats used to be in the wild solitary animals and so their communication with other cats was limited. Now they use the same body language to communicate with other cats and people. But [cats] also like to spend some time away from people and other cats (according to their nature).

Q: What is still to be discovered regarding cat behavior?

A: A lot! We need to understand more about their subtle body language signs and other forms of communication (e.g. chemical communication through pheromones). We also need to better understand what are the temperament traits of cats. And much, much more!