What are Jehovah’s Witnesses? At a press conference on August 28, Serena Williams revealed that she and husband Alexis Ohanian won’t be celebrating their daughter’s birthday because of religious reasons. They’re Jehovah’s Witnesses, and under that faith, birthdays aren’t celebrated — but what are Jehovah’s Witnesses and why don’t they believe in this common practice?

“Olympia doesn’t celebrate birthdays,” Williams said at the press conference. “We’re Jehovah’s Witnesses, so we don’t do that.”

Other famous Jehovah’s Witnesses include Prince, who converted after his mother died, Michael Jackson, Biggie Smalls and model Naomi Campbell.

But what are Jehovah’s Witnesses exactly?

Explainer: What are Jehovah’s Witnesses?

Jehovah’s Witnesses were founded by Biblical scholar Charles T Russell in the late 1800s. Now there are an estimated 8.5 million members worldwide.

According to the official website for Jehovah’s Witnesses, JW.org, “our name Jehovah’s Witnesses designates us as a group of Christians who proclaim the truth about Jehovah, the Creator of all things. We witness to others by the way we live our lives and by sharing with them what we’ve learned from the Bible.”

They refer to themselves as Christians, but some — mainly Christians themselves — argue Jehovah’s Witnesses are not. (Like other branches of Christianity, their religion is based on their own unique reading of the Bible). 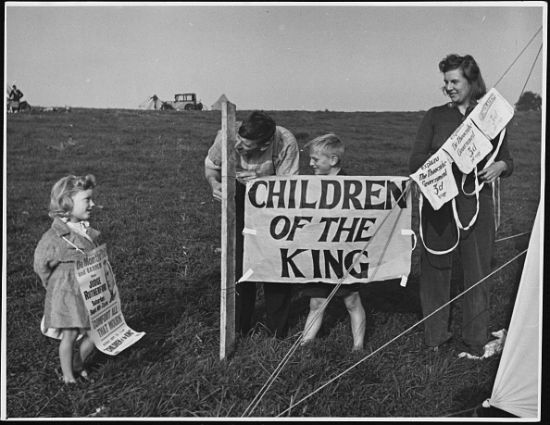 They believe that Jesus is the Savior and Son of God. “However,” JW.org notes, “we have learned from the Bible that Jesus is not Almighty God and that there is no Scriptural basis for the Trinity doctrine.” (AKA, they do not believe that God, Jesus and the Holy Spirit are one entity.)

Also, they do not believe in Hell or that the soul is immortal. You can read more about how their beliefs differ in JW.org’s explainer specifically for identifying these differences.

Jehovah’s Witnesses famously believe in end-of-the-world prophecies and do not use the cross in their worship.

They acknowledge both the New Testament and the Old Testament. “[T]here is valuable information for us in the Hebrew Scriptures. Among other things, they provide relevant history and practical advice,” writes JW.org.

Witnesses are discouraged from voting — and encouraged to stay neutral on politics. They’re required to go door-to-door proselytizing (Williams reportedly says she still does this).

For more on their beliefs, click through to JW.org.

Watch: What are Jehovah’s Witnesses?

Need a further explanation? View the following video from NowThis, which wraps up a summary quite nicely.

Followers of the church don’t believe in celebrating birthdays because “such celebrations displease God,” states JW.org.

Birthdays, they say, have pagan roots, and they argue that the “Bible never refers to a servant of God celebrating a birthday.”

Jehovah’s Witnesses also reject Easter and the tradition of Christmas because the Bible, they argue, says people should commemorate Jesus’ death, not his birth.

“Like all good parents, Witnesses express love to their children throughout the year, including giving them gifts and having enjoyable gatherings,” JW.org notes. “They try to follow the perfect example of God, who spontaneously gives good things to his children.”