What happened to Caitlin Atwater, Kathleen Peterson’s daughter, after the trial? – Metro US
The Big Stories

What happened to Caitlin Atwater, Kathleen Peterson’s daughter, after the trial? 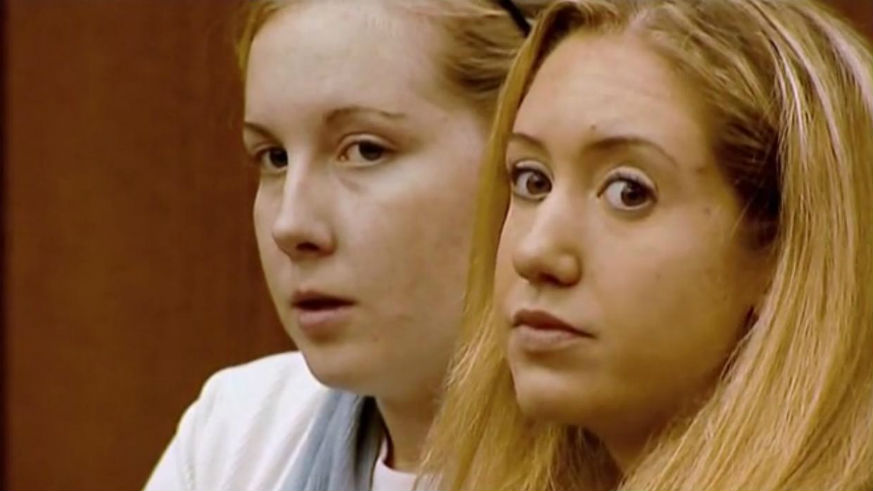 We know you have a lot of questions about The Staircase, the true crime documentary series about Michael Peterson. You’ve probably wondered what happened to Duane Deaver, the blood stain analyst who committed perjury, and if you’re less familiar with both trials you might still be asking is Michael Peterson related to Scott Peterson. But don’t forget that under-the-radar figure in the series, Caitlin Atwater.

Although the name might not ring a bell due to the last name, Caitlin Atwater is Kathleen Peterson’s daughter. At the beginning of the series she was close to her adoptive sisters Martha and Margaret but then seemingly overnight she and her siblings parted and she was on the prosecution’s side of the courtroom.

Why did Caitlin Atwater side with the prosecution?

The Staircase touched briefly on this with an interview with Caitlin Atwater, although it was easily lost in a series that packed in so much information. Caitlin told the documentary crew that what it came down to for her was the physical evidence. She didn’t believe that the injuries her mother sustained could have been caused by a fall down the stairs, as the prosecution argued during Michael Peterson’s trial.

That wasn’t initially the case, though. In the days following her mother’s death, Caitlin took on the role of spokesperson for her siblings, telling reporters in support of her stepfather, “My mother and Mike had an absolutely loving relationship and there is no way that either of them would ever wish any sort of harm on the other one.”

Caitlin Atwater speaking on behalf of her family and siblings. Photo: Netflix / The Staircase

As you saw in the documentary, Caitlin switched sides and stands firm behind her belief in their account of what happened. “After the closing arguments, when all was said and done, I felt confident that I knew what happened. I knew what happened to my mom,” Caitlin told IndyWire when she broke her silence about the case in 2017. “While there’s no true closure that can ever come for an event like this, for a loss this deep, I was ready to walk away and start moving forward with my life.”

What happened to Caitlin Atwater after the trial?

After Michael Peterson was found guilty of murder in October 2003, Caitlin Atwater filed a wrongful-death lawsuit against him. It was ruled in 2004 that Atwater and her biological father would be awarded the $1.5 million life insurance policy in Kathleen’s name, which was initially would go to Peterson, WRAL reports. In 2007, Atwater and Peterson settled the wrongful-death lawsuit for $25 million. Even when Michael Peterson was released after accepting an Alford Plea, and he was considered ‘indigent,’ Atwater and Durham lawyer Jay Trehy issued a complaint in Durham County Superior Court in October 2017 saying Peterson still owes Caitlin money — another $30 million, in fact, due to interest accumulated.

Caitlin Atwater appears to be avoiding the public eye after the wrongful death lawsuit and continuing to come to terms with her mother’s death. Even when she broke her silence on the case to IndyWire, she asked them to not publish her married name or where she was living at the time — although her 2012 marriage to Christopher Clark isn’t hard to track down. The two of them lived in London for several years after her husband graduated from law school.

She shared with the publication that she does actively try to keep her mother’s spirit alive in little ways, like recreating from memory a pasta salad recipe that Kathleen always made. Her mom also liked doing things herself, from cooking to decorating, so Caitlin honors her by doing the same, making her two kids’ Halloween costumes and never taking a shortcut with store-bought party favors. “And when I do these things, it’s like I’m channeling her,” she explained. “It keeps her close.”

Caitlin Atwater keeps only one picture of her mother out, which brings back a memory of warmth that she wants to hold onto, she tells IndyWire. “I’ve tried to be the person I think I would have been if she were here,” she told the publication. “And hopefully, that’s a part of her legacy I can pass on to my own kids.”

But what about that wrongful death lawsuit?

The complaint lawyer Trehy filed in 2017 was to keep the previous lawsuit alive — although it doesn’t seem like he think Peterson will ever be able to pay it. “I don’t think he has any money,” Trehy said. He explained that the reasoning behind the complaint was “to disincentivize any effort to profit off this case.” He explained to The News Observer that if Peterson tried to sell his story in order to write a book, for example, they would swoop in and stop it.”

“We want to keep him from ever profiting off this murder,” the lawyer summarized.