What happened to Michael Peterson’s lawyer David Rudolf after the trial? – Metro US
The Big Stories

What happened to Michael Peterson’s lawyer David Rudolf after the trial? 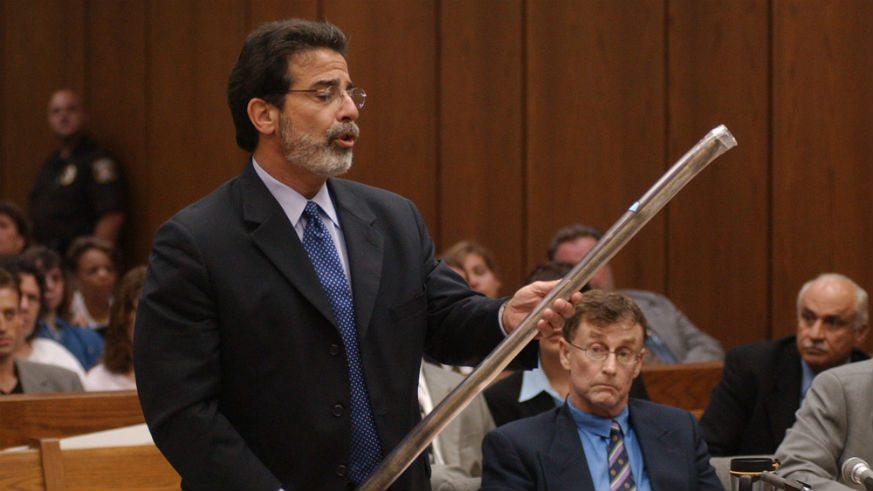 The makers of The Staircase have gotten some pushback from critics who say the true crime documentary series didn’t show enough Kathleen Peterson while covering Michael Peterson’s trial for her murder. Director Jean-Xavier de Lestrade stands by that decision, saying the series is about the American judicial system and not, in fact, Kathleen Peterson. But no matter where you stand on whether you wanted to know more about the mom tragically lost the fall of 2001, there’s no denying that after Michael Peterson the person who gets the most airtime is David Rudolf, Peterson’s defence attorney in the 2003 trial.

A quick refresher if you binge-watched the series and all the names have now blended together for you: David Rudolf is the main person you’ll see in court next to Michael Peterson. You also see the two of them, plus the rest of the legal team, meeting a lot to discuss strategy and the testimony of experts the defence plans to call to the stand. He’s also married to Sonya Pfeiffer who, though she wasn’t discussed in The Staircase, covered the 2003 trial daily as a reporter and caused some controversy for contacting the jury before a decision was reached.

But then at one point you’ll see David Rudolf bow out of Michael Peterson’s legal fight. Michael, understandably, wanted Rudolf to return as his defence in the new trial, documented in the newer episodes of The Staircase. His one-time attorney said no.

“[The case] became all-consuming, in truth,” David Rudolf explained of the decision when he opened up to Huffington Post. He detailed “running on adrenaline” and logging “18-hour days, seven days a week.” All that business adds up, he explained, but you don’t realize it in the moment because you’re so busy. “But then, when the verdict comes in and everything you’ve done for a year just gets flushed down the toilet, that’s really when the emotional impact of all this really gets you.”

“I very much wanted to try to resolve the case,” Rudolf shared of his final decision, but in the end he “just couldn’t imagine putting myself in the same emotional wringer.” He wasn’t living in Durham, North Carolina at the time and had an 8-month-old daughter to take care of. “Going back to that scenario, back in Durham for months with the same cast of characters was emotionally unbearable, honestly.”

So where is David Rudolf now?

He’s still a lawyer, and now he works alongside his wife, The News Observer reports. Sonya Pfeiffer went to law school shortly after the Peterson trial concluded and they’re now both practicing law at Rudolf Widenhouse firm in Charlotte, North Carolina. He also writes an “inside view” blog about The Staircase on his personal website that’s broken down by episode in case you’re curious about the entire 2003 trial from his point of view.