What is organic food, exactly, and do hydroponic crops count? There’s a new battle brewing in the food world and it has nothing to do with GMOs.

Organic farmers — especially those affiliated with the National Organic Coalition — are fighting another growing of farmers they say have unfairly adopted the term for the foods they grow.

“It really goes to the foundation of what organic farming means,” Dave Chapman, a farmer who grows vegetables on his farm in East Thetford, Vt., told NPR. The “it” refers to hydroponic farming, or the process of growing fruits and vegetables with mineral-rich solutions instead of soil.

Chapman and dozens of other organic farmers protested the meeting of the National Organic Standards Board in Jacksonville, Fla., earlier this week as “last-ditch” effort to keep hydroponic farmers from referring to their crops as organic. “Real” organic farming, according to the Coalition, has to involve soil and sun. “The health of soil, plant, animal and man is one and indivisible,” said English botanist Albert Howard, the man credited with inspiring the organic movement.

The protests didn’t convince the board: They voted 8-7 against banning hydroponic farmers from using the term.

What is organic food, exactly?

The mainstream popularity of organic food started with the introduction of “clean eating,” or the lifestyle of only eating whole and minimally-processed foods. Organic foods are considered the pinnacle of clean eating because they’re not treated with conventional pesticides and herbicides used in more traditional farming (with some exceptions). Instead, “organic food is produced by farmers who emphasize the use of renewable resources and the conservation of soil and water to enhance environmental quality for future generations,” according to the U.S. Department of Agriculture.

It’s not enough for a farmer to just say his food is organic, though. Farms seeking the organic status must be certified by the government to ensure they’re following all the standards set by the USDA — and any companies that handle the food before it gets to grocery stores or restaurants must be certified, too.

How organic food is labeled

The USDA offers three levels of certification for organic foods. Any foods with the 100 percent organic seal are made with just that: all organic ingredients, while those labeled just organic are 95 percent organic. 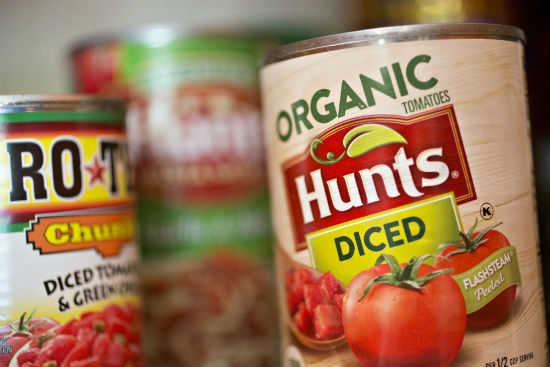 The health benefits of eating organic food aren’t entirely clear, but a recent study published in the Journal of Agricultural and Food Chemistry found that organic onions had about 20 percent more antioxidants than their non-organic counterparts. Organic dairy and meat is shown to have 50 percent more of hearty-healthy Omega-3 fats, according to another study published in the British Journal of Nutrition.

Organic foods are also more expensive to produce, leading to higher prices in the grocery store.

“If you can afford all organic, that’s fantastic, but it’s not feasible for most people,” registered dietitian Cynthia Sass told Time. “If it’s not, the most important groups to buy organic, in my opinion, include foods you eat daily and produce on the Dirty Dozen list — those with the highest pesticide residues.”

The difference between organic food and hydroponic food

Some hydroponic producers have been awarded organic distinction for their crops because they fit the definition: foods grown without synthetic pesticides. For farmers like Chapman, anything that isn’t grown in soil shouldn’t be considered organic because they’re using artificial means to grow their crops. However, companies like Wholesum Harvest argue that their method of growing crops is more environmentally-sound than soil-based plans.

“We can grow our tomatoes organically with 3 to 5 gallons of water, per pound of production, as opposed to growing tomatoes in open fields, which can use anywhere from 26 to 37 gallons of water,” company rep Jessie Gunn told NPR, adding that soil crops “uses more water, more land, destroys more natural habitat. I mean, what is the true essence of organic?”

There’s a good chance some of the foods you eat already — including organic foods — are grown hydroponically. Grocers and other food suppliers are increasingly turning to hydroponic foods to meet demand and negate some of the environmentally factors (like weather) that can influence crop supplies. Ultimately, this could affect traditional organic farmers.