What time does the 'Fear the Walking Dead' season 3 midseason premiere start? - Metro US
Television

What time does the ‘Fear the Walking Dead’ season 3 midseason premiere start? The spin-off of AMC’s runaway hit The Walking Dead has had its ups and downs: While the audience it does have is devoted and enthusiastic, it’s been hard for the show to pull in the viewer numbers that impress network execs. But those of you who know how amazing the show is also know that the Fear the Walking Dead season 3 midseason premiere is imminent, and we bet you’re counting down until it’s time to turn on the TV. 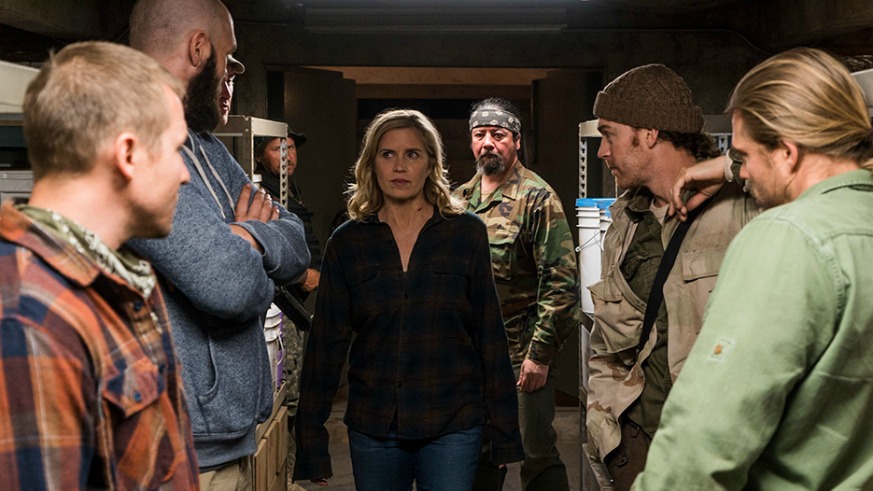 Every AMC fan has a love-hate relationship with the network thanks to their annoying habit of pairing exciting shows with mid-season siestas. But the long wait is finally over, fans, and you can look forward to two hour-long episodes this Sunday when the series comes back with episode 9, called ‘Minotaur,’ and episode 10, ‘Diviner.’

That’s right: Even though there are four episodes left in Fear the Walking Dead season 3, you’re getting them all in just three short weekends, starting with the zombie-fest Sunday, September 10 when the series returns. The following two weekends of September 17 and September 24 will have one episode each, ‘La Serpiente’ and ‘Brother’s Keeper’ respectively.

Fans know that this season has been a bit of a departure for the series, moving along faster than ever before and saying goodbye to Travis Manawa (Cliff Curtis) in the season 3 premiere. The characters going through the most change this season are undeniably those of Madison Clark’s family, who have gone from captives to leaders in just eight episodes.

Although most of the main characters managed to make it through the first half of Fear the Walking Dead season 3 alive — even seeing the return of Daniel Salazar (Rubén Blades), who was presumed dead after season 2’s mid-season finale — there’s still four episodes left, and the season has proven that the show isn’t afraid of killing off many people. So don’t presume anyone safe just yet.

So, what time does the Fear the Walking Dead season 3 midseason premiere start?

Before you miss any of the action, make sure you take a quick peek at TV Guide’s listings. Change the “Provider” to the one in your local area to find out which channel number is AMC is your region, unless you’ve memorized it seasons ago.