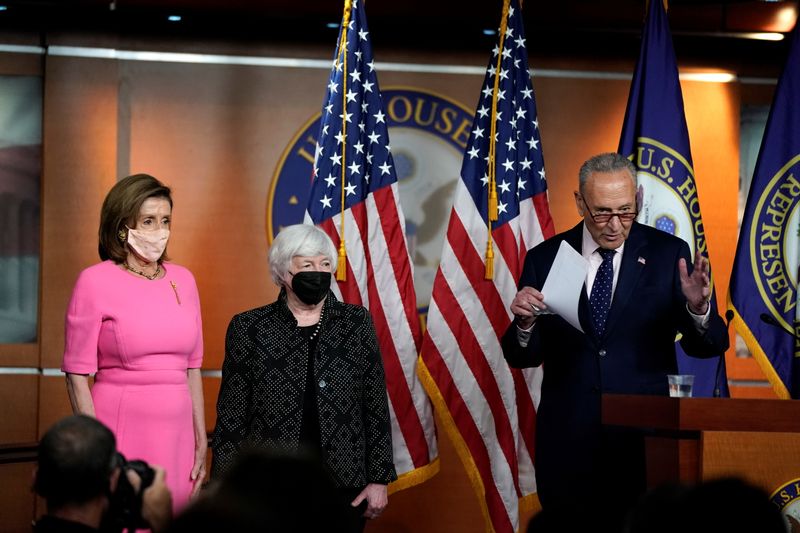 WASHINGTON (Reuters) – The White House cheered progress on Congress’s pending multi-trillion dollar spending bill Thursday, after Senate Majority Leader Chuck Schumer announced an agreement between House and Senate Democrats on how to pay for the bill.

There is a “menu of options” to generate revenue for the spending bill, White House press secretary Jen Psaki told reporters. Schumer’s announcement is “progress,” she said.