Why do we get hangry? Study shows it's all in our minds - Metro US
Health

Why do we get hangry? Study shows it’s all in our minds Snickers had a point: You’re not you when you’re hungry. Man of us even get hangry — that’s hungry and angry — when we haven’t downed a meal in several hours.

It’s commonly believed that being hangry is the brain’s response to a drop in glucose, but recent research published by the American Psychological Association shows that it’s not quite that simple.

Why do we get hangry?

The study — conducted by researchers at the University of North Carolina at Chapel Hill found that being hangry is part emotional, part environmental.

“You don’t just become hungry and start lashing out at the universe,” co-author and assistant professor Kristen Lindquist, PhD, said in a statement. “We’ve all felt hungry, recognized the unpleasantness as hunger, had a sandwich and felt better. We find that feeling hangry happens when you feel unpleasantness due to hunger but interpret those feelings as strong emotions about other people or the situation you’re in.”

Previous research into our hangry feelings found that it’s also a result of biology — namely, ancient adaptations for survival.

“If our predecessors just stood back and politely let others get to the food before them, there is a good chance that they may not have gotten enough to eat, and they would have died — possibly before they could pass their genes on to the next generation,” Dr. Amanda Salis, associate professor at the Boden Institute at the University of Sydney in Australia, told HuffPo. “So it was likely the individuals that were aggressive when hungry that had a survival advantage, and we hence carry their genes to this day, whether we live with a shortage or abundance of food.”

For the new study — published in the journal Emotion — the researchers put 200 university students into two groups. With one group, the researchers asked the students to fast before completing a writing exercise. The other group was allowed to eat.

After the writing exercise, they were all asked to participate in an exercise where the computer crashed right before the exercise was over. Researchers then came into to blame the students for crashing the computer. Afterward, they were asked to fill out questionnaires about their emotions.

The results? As expected, the fasting students expressed greater negative emotions about the experience when they weren’t focused on their own emotions — they were hangry. The students who thought about their emotions didn’t show the same hangry reactions. 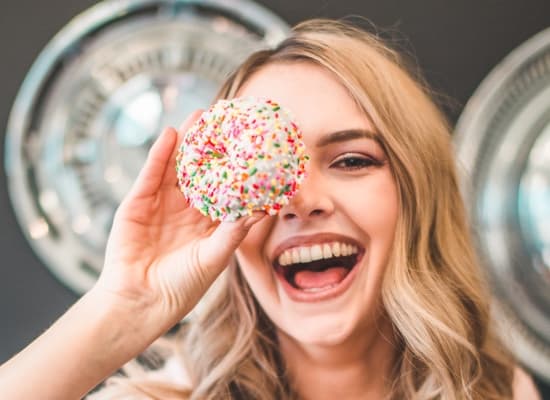 This showed researchers that not being aware of emotions can cause us to be hangry — not just hunger.

“Our bodies play a powerful role in shaping our moment-to-moment experiences, perceptions and behaviors — whether we are hungry versus full, tired versus rested or sick versus healthy,” lead author Jennifer MacCormack, MA, a doctoral student in the department of psychology and neuroscience at the University of North Carolina at Chapel Hill. said in a statement. “This means that it’s important to take care of our bodies, to pay attention to those bodily signals and not discount them, because they matter not just for our long term mental health, but also for the day-to-day quality of our psychological experiences, social relationships and work performance.”

“A well-known commercial once said, ‘You’re not you when you’re hungry,’ but our data hint that by simply taking a step back from the present situation and recognizing how you’re feeling, you can still be you even when hungry,” MacCormack added.