They Shall Not Grow Old is a documentary that will provoke an array of reactions from its viewers.

Peter Jackson’s meticulous efforts to explore and restore around 100 hours worth of footage from the first World War has resulted in an enthralling, dramatic, sweeping and detailed breakdown of what soldiers had to endure during this hell. Obviously that means that large parts of the film are hard to watch, but at the same time, They Shall Not Grow Old still manages to forge a poignant bond between its viewers and the real people that were captured in the documentary, most of whom perished.

“I am not an historian,” Jackson tells Metro. “I am not out to tell a twist story to the first World War or anything. A lot of historians do stuff like that.”

Peter Jackson talks They Shall Not Grow Old

So what did Jackson want to achieve with They Shall Not Grow Old?

“I wanted to make something where people who had family in the first World War, like most of the British Empire, like myself – my grandfather was killed, so was the grandfather of my wife Fran – I just wanted to make a movie where you could connect with what your own ancestors went through,” says Jackson. “Because they all shared a very similar experience. The same food, the same shellfire, the same mud, the same lice. I just felt it was a way that everyone could connect with what their family member’s experienced. That’s what I hope this experience was like.”

The footage for They Shall Not Grow Old came courtesy of the Imperial War Museum in London’s archives, as well as the hundred hours of video footage they also had 600 hours of audio for Jackson to devour, too.

They Shall Not Grow Old premiered in the U.K. on Nov. 11, the 100th anniversary of the Armistice, to rapture reviews critically, while it provoked an emotional response from its viewers across the country – which didn’t surprise the Kiwi filmmaker.

“It should be emotional,” says Jackson.  “Because it gives you an opportunity to think of family members that are long since dead. Because you don’t think about them most days.”

“So it was nice to have an hour and a half where your thoughts go to them,” he adds. “You get up the next day and get on with your life. But it is important to remember where you came from. Because their DNA is still in our bodies.” 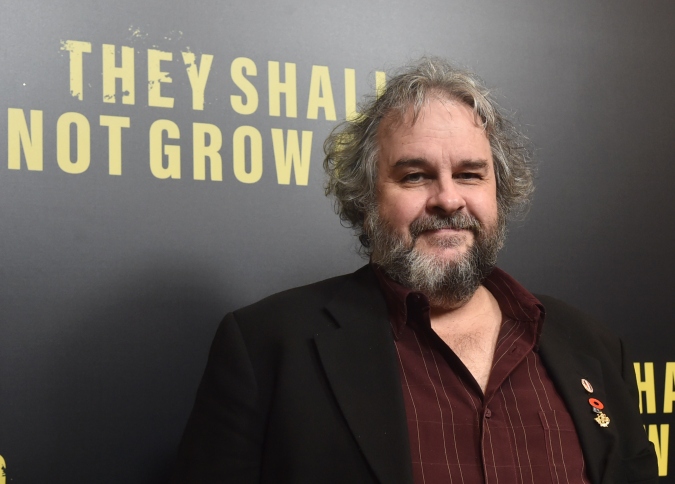 But there was one unanswerable question that Jackson repeatedly pondered during his three years working on the film.

“You also can’t help but think, ‘I wonder how I would do in that scenario?’ I literally don’t know how I would do. But it wouldn’t be much fun.”

They Shall Not Grow Old opens in theaters Jan. 21.