Why we need more comedies about women behaving badly, like ‘Rough Night’ – Metro US
Movies

Why we need more comedies about women behaving badly, like ‘Rough Night’ Before you lies a list that should run longer than it does. There ought to be scores upon scores of movies that feature women getting liquored up, getting into trouble, having the time of their lives, all without any pesky men around to steal their spotlight. Instead, there are so few of them that this is what happens: Someone makes a movie about women behaving badly, and everyone says it’s “‘The Hangover,’ but with girls!” The implication is these women are stealing men’s moves — as though dudes corner the market on doing dumb things when they get tanked. It happened with “Bridesmaids,” it happened with “Bad Moms,” and it’s happening all over again with “Rough Night” and next month’s “Girls Trip.”

The trend may be reversing; “Rough Night” and “Girls Trip” arrive only a year after last summer’s “Bad Moms.” But we’ll believe things have gotten better when next year brings us four of these female lead comedies. Till then, let’s look at the too short list of movies where women get to have as much fun as the men — a genre that reaches back into early Hollywood. 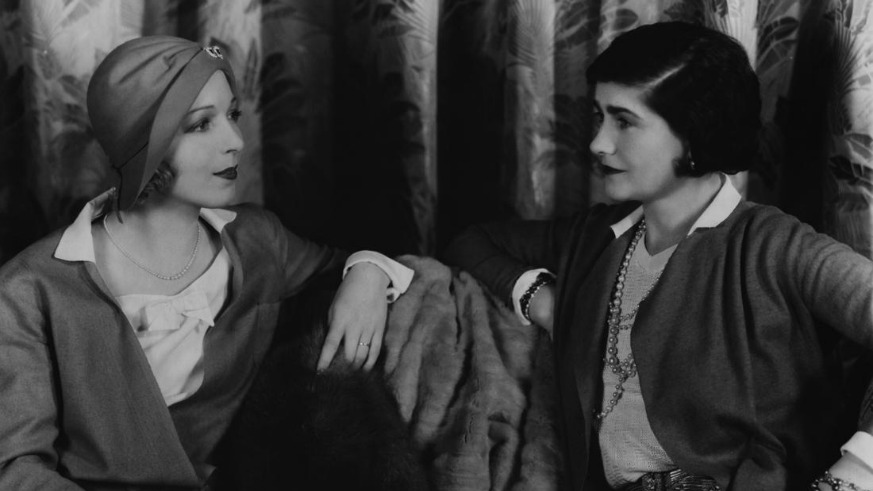 ‘The Greeks Had a Word for Them’ (1932)
It was called the “Pre-Code” era of Hollywood, which may not sound sexy. But it was pure sex. The reason old movies seem tame is because of the “Production Code” — the censorious body that, starting in earnest in 1934, scrubbed screen clean of filth and violence. They also scrubbed away most of the movies’ independent women. From Mae West to Kay Francis to young Barbara Stanwyck — before the Code fuzz cracked down, they all ran loose and wild, pursuing sex when they wanted it, drinking to their hearts content. There are many Pre-Code titles about girls gone wild, and they usually have alluringly lurid titles: “Why Be Good?”, “The Wild Party,” “Girls About Town.” In “The Greeks Had a Word for Them,” Joan Blondell, Madge Evans and Ina Clare are the ones out to get the boys, not the other way around.

‘Bad Girls’ (1994)
The ladies of the title — Madeleine Stowe, Mary Stuart Masterson, Andie MacDowell and Drew Barrymore — don’t get much of a chance to drink. But there’s a reason for that: They’re too busy shooting people. An all-girl Western, it was a chance to gender-swap a genre historically almost entirely dominated by men. (Even in something like the Joan Crawford classic “Johnny Guitar,” our female hero is still surrounded by guys.) “Bad Girls” was ignored upon release, but let’s see a remake starring Janelle Monae, Gal Gadot, Kristen Stewart and Lupita Nyong’o.

‘The Sweetest Thing’ (2001)
Cameron Diaz may have dominated the poster for “There’s Something About Mary” but, one hair product-related mishap aside, she didn’t get to join in on the raunch. She made up for that a few years later with a movie where the women (also including Christina Applegate and Selma Blair) are as sex-obsessed as the men. Only problem: It’s not very good, and had it starred men, it would have been seen as a dog. Diaz returned to toilet humor again with “Bad Teacher,” this time solo and with a higher batting average.

‘Smiley Face’ (2005)
OK, it’s just one woman behaving badly. But when that woman is the mighty Anna Faris, and when Anna Faris spends the movie super-duper-mega-high after accidentally eating an entire plate of pot brownies, that’s enough power for 20 women. Faris stumbles about this candy-colored indie, stoned out of her mind, and wreaking untold havoc, including on the Magna Carta. It’s hard to pick Peak Anna Faris. Or may — the answer is “Smiley Face.”

‘Bridesmaids’ (2011)
It was supposed to tear down that wall, make Hollywood realize comedies — or any movie in general — about and starring women would make as much money as those starring dudes. And despite grossing nearly $300 million, it didn’t. To execs, it was seen as the old exception that proved the rule. It took till last year for Hollywood to realize that they blew it — that had they been giving us movies like “Bad Moms” and “Wonder Woman” and “Hidden Figures” since 2011, they’d probably be even richer.

‘Spring Breakers’ (2013)
This freak hit from, of all people, Harmony Korine isn’t exactly a feminist tract; it’s more eye candy for dudes than it is empowering for women. But the tale of Florida-bound high schoolers who turn into masked vigilantes (all thanks to James Franco, natch) still belongs on this list, in part because Korine’s satire is so sarcastic, and so layered that it manages to make fun of both entitled rich girls and its own male-gazey, horndog excesses.

‘The Bling Ring’ (2013)
At the time, Sofia Coppola’s dreamy docudrama — about a gang of mostly teenage girls (and one guy) who take to stealing from Hollywood’s rich and famous — was seen as a female response to “Spring Breakers.” But it’s really just a Sofia Coppola movie. That is, it not only doesn’t judge its young criminal but grooves on the thrill of being young and dumb, when breaking into Paris Hilton’s home and stealing her bras doesn’t seem like the type of thing that puts you in jail.

‘Girlhood’ (2014)
The original title of this French import is “Girl Gang” — a more accurate description of what happens. A French-Algerian teen finds herself sucked into the orbit of a group of mean girls, who steal people’s lunch money, fight other gangs and, eventually, get involved in the drug trade. But most of the film is about the joys of loner women finding each other. Few scenes are as transcendent as the scene in which our heroes, having shacked up in a hotel room and turned on the blue lights, blast Rihanna’s “Diamonds” and dance and scream. They wish the song would go on forever, and so may you.