Will Robert Mueller interview Ivanka Trump, and if so, when? - Metro US
Donald Trump

Will Robert Mueller interview Ivanka Trump, and if so, when? 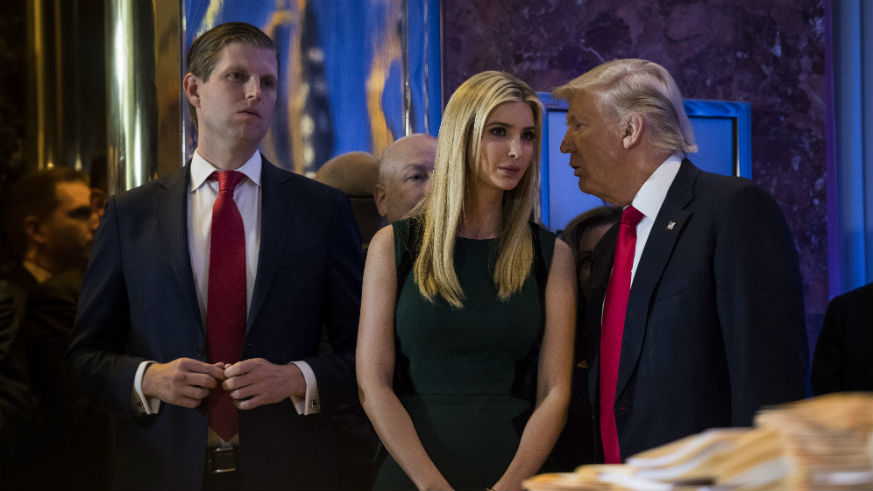 Special counsel Robert Mueller’s investigation into President Trump and Russia seems to have picked up the pace in recent weeks, with the arrest of Trump’s personal lawyer Michael Cohen, apparent negotiations about the president submitting to an interview and the release of 49 questions Mueller’s team wants answered. But even as the inquiry gets closer to the president’s inner circle, one of the innermost members seems outside the fray: First daughter and senior presidential adviser Ivanka Trump.

That was spotlighted by former mayor Rudy Giuliani’s multifaceted curiosity of a Fox News interview on Wednesday night, in which host Sean Hannity asked him about the possibility of Ivanka being interviewed. Giuliani said the country would “turn on” Mueller if she were questioned.

Of the president’s son-in-law, who has spoken with Mueller’s team, Giuliani said, “Jared is a fine man, but men are … disposable. But a fine woman like Ivanka, come on.”

On May. 1, Politico wondered why the president’s eldest daughter — who has been at his side in business, his presidential campaign and most of the key events in the Russia investigation — is being held at a distance from the inquiry. “She was in Bedminster, New Jersey, with President Donald Trump the rainy May 2017 weekend when he decided to fire FBI Director James Comey. She was a passenger on the plane flying home from the G-20 conference in Germany the next month, strategizing about how to manage the fallout of her brother Don Jr.’s 2016 meeting with a Russian lawyer peddling ‘dirt’ about Hillary Clinton,” wrote Annie Karni, noting Ivanka even “spoke briefly at Trump Tower with a Russian lawyer and a lobbyist who was present for that meeting during the campaign.”

So why hasn’t she been called in? A consensus indicates that an Ivanka interview would be the fateful stick in the hornet’s nest of Trump’s mind about Mueller. Or to use another metaphor: “Mueller would know that trying to interview Ivanka Trump would be like lighting a match to the highly combustible Donald Trump,” theorizes Elizabeth de la Vega, a former federal prosecutor who worked under Mueller as U.S. attorney. “The team would want to wait to the last possible moment, if at all, before taking that step.”

“There are two possible explanations,” Matthew Miller, a former spokesman for the Justice Department, told Politico. “It may be he’s found that every time Ivanka was in the room, there were other people there that he has interviewed. Or they’re saving the family for the very end.”

When will Mueller interview Ivanka Trump?

It’s impossible to predict when Mueller would get to Ivanka. But if it’s true that he’s saving Trump’s favorite child for last, there are other signs that the time is nearing: In mid-March, Mueller subpoenaed the Trump Organization for documents related to business projects Ivanka spearheaded, including the ill-fated Trump Soho project, which almost resulted in felony charges against her, and discussions about a potential Trump Tower Moscow.