Will there be a Future Man season 3? Here’s what the showrunners told us – Metro US
Television

Will there be a Future Man season 3? Here’s what the showrunners told us

The second season of the wildly hilarious and surreal science fiction series Future Man is now available to stream on Hulu. Starring Josh Hutcherson, Eliza Coupe and Derek Wilson as a group of time travelers trying to save future humanity from a dystopian nightmare brought about by the cure to herpes, the show is pretty far out there. At the same time, the Seth Rogen and Evan Goldberg-produced comedy makes for a very fun viewing experience. But will there be a Future Man season 3?

Will there be a Future Man season 3?

Ahead of the season 2 premiere date, Metro spoke with co-creators and showrunners Kyle Hunter and Ariel Shaffir about whether or not a third season was in the cards.

“We actually have a pretty good idea of how the entire structure of next season might go if we get another season,” says Hunter. “We’ve always leaned heavily into the nostalgia of some of our favorite sci-fi movies and TV shows, the ones that we’ve grown up with. Back to the Future is one of the big ones. So we might just follow that trilogy and spend some time in the Old West next season. Who knows?” 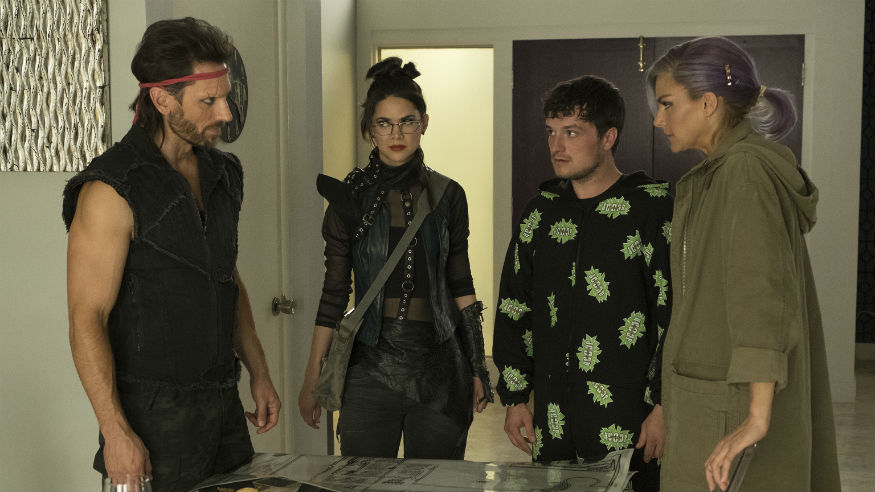 Wilson, who plays the character Wolf with a refreshing blend of machismo and openness, couldn’t agree more with Shaffir’s sentiment.

“I think we’re all gung ho for it. No pun intended but we kind of ‘future trip’ on this show all the time and talk about where it could go in season three. We’re always talking about it and there’s just so much creativity behind what they’re doing with this show. So yeah, I already know where they would take it if it happens and I’m very excited about the possibility. We all are.”

Future Man seasons 1 and 2 are now available to stream on Hulu.