Even with the sacking of Chelsea manager Antonio Conte, the London club might not be able to hang on to star winger Willian, who is being pursued by Spanish giants Barcelona.

Sky Sports News reported on Thursday that the Catalan side submitted a second bid for the 29-year-old worth $70 million. Chelsea turned down a $66.1 million initial bid last week. 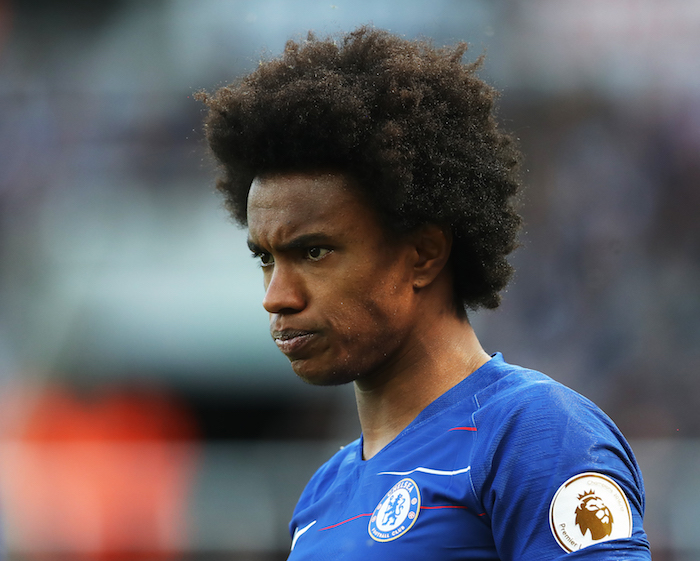 Despite being one of Chelsea’s most talented wingers alongside Belgian star Eden Hazard, Willian fell out of favor with former manager Antonio Conte and was used sparingly down the stretch of last season.

Things came to a head during the 2018 FA Cup Final against Manchester United when the Brazilian came on as a substitute in a 1-0 win. On his Instagram after the game, Willian blocked Conte when posting a photo with the team celebrating with the FA Cup Trophy.

Willian blocked out Conte (his soon to be leaving manager) in his Instagram picture celebrating their FA Cup win. This is a 29 year old professional football player ?? pic.twitter.com/hZXEXeFTlq

There is a chance that Willian, along with Hazard and goalkeeper Thibaut Courtois, could remain at Chelsea depending on who the new manager is. Former Napoli boss Maurizio Sarri has been tabbed as the favorite to take over at Stamford Bridge.

Hazard has been linked with Real Madrid for over a year and with his World Cup now over after Belgium lost to France in the semifinals, the other Spanish force could ramp up the pressure. Especially after losing Cristiano Ronaldo to Italian club Juventus earlier this week.

Barcelona does have some holes to fill if it wants to keep up with the Ronaldo-less Real Madrid, which makes the pursuit of Willian an important one for the reigning La Liga winners.

Where would Willian fit in at Barcelona?

This coming season is going to be an odd one for the Barcelona faithful. For the first time since 2001, Andres Iniesta will not be featured in the midfield as the 34-year-old has moved on to play in Japan. Fellow midfielder Paulinho, who is nine years younger, was sold to China.

Willian would create a Brazilian connection with his friend Philippe Coutinho within Barcelona’s midfield after Coutinho came over from Liverpool. It would provide a creative, exuberant force in Spain.