Yellowstone supervolcano may errupt sooner than expected - Metro US
News There’s a chance a supervolcano could erupt at Yellowstone National Park a lot sooner than anticipated and destroy everything in its path.

According to researchers at Arizona State University, they examined fossilized ash and minerals and determined a supervolcano could erupt in a few decades.  They noticed a change in the amount of fresh magma that was flowed into the reservoir underneath the volcano. The change in the amount of magma combined with changes in temperature caused significant build up in a shorter period of time than anticipated.

“We expected that there might be processes happening over thousands of years preceding the eruption,” said Christy Till, Arizona State University geologist and researcher to the New York Times.

According to ZME Science, Yellowstone has erupted at least three times; the last time was approximately 630,000 years ago.

If a major volcanic eruption were to happen at Yellowstone, it has the ability to shoot 1,000 cubic centimeters of rock and ash, which happens to be 250,000 times more than the Mount St. Helens eruption in 1980. According to ZME Science, the effects could be devastating.

“If something like this happened today, it would be catastrophic,” said Hannah Shamloo, a geologist at Arizona State University’s School of Earth and Space Exploration in Tempe to Earth & Science News. “We want to understand what triggers these eruptions, so we can set up warning systems. That’s the big-picture goal.”

What is a Supervolcano?

According to the United States Geological Survey (USGS), the term supervolcano is used to describe an eruption of magnitude 8 on the Volcano Explosivity Index. A volcano of this magnitude is capable of erupting 250 cubic miles of magma. Although the last time a supervolcano happened at Yellowstone was 630,000 years ago, a supervolcano did erupt 74,000 years ago at the Toba Caldera in Sumatra, Indonesia. 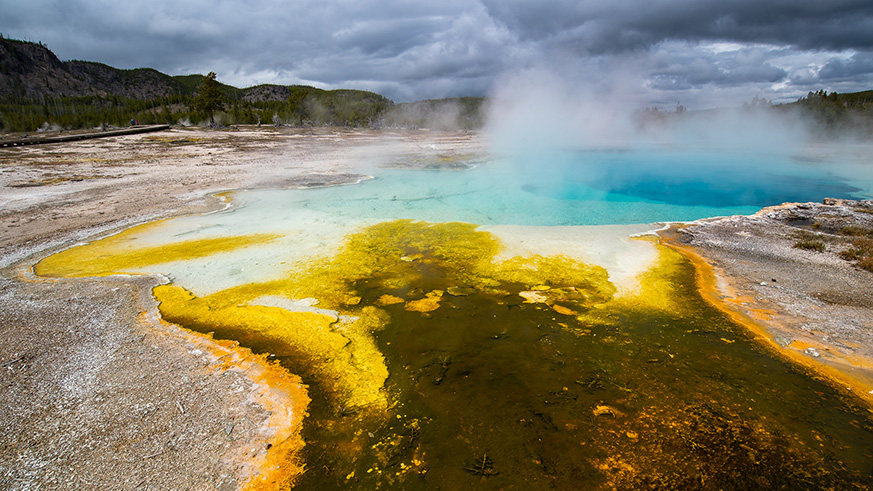 What could happen if a supervolcano erupts

If a supervolcano were to erupt in the United States, it could emit ash and debris for thousands of miles across the country, causing damage to everything in its path.