You think you know until you don't: What color are tennis balls? - Metro US
Today’s Debate

You think you know until you don’t: What color are tennis balls? There are some things we’re just certain of. The sky is blue, the grass is green, tennis balls are yellow. But then again, what if what we thought we knew was in question? Think about it: what color are tennis balls, really?

Some, like myself, consider them to be yellow. Others say they’re green, and apparently, it’s a huge debate.

The first Amazon search result for “tennis balls” advertises them as green. But just a scroll down the page and they’re “Hi-Intensity Yellow.”

Professional tennis player Max Mirnyi said at the 2018 New York Open that it depends on the type of ball: “one is more yellow, the other is more green.”

What color are tennis balls? Metro does some digging

Jeff Ratkovich, Senior Business Manager for Penn, one of the world’s largest tennis ball manufacturers, laughed when I asked him to settle the score for me.

According to him, they’re definitely yellow, specifically “high-visibility yellow.”

A response from Head (the company that owns Penn) came back:

We get this question all the time! … Here at Head Penn we call it Optic Yellow!

The International Tennis Federation (ITF) and United States Tennis Association (USTA) rules state that balls have to be either yellow or white on professional courts. However, tennis balls with a red, orange or green dot can be used at junior competitions (10 and under) to specify the level of play — which you can read more about here.

A researcher at the National Institutes of Health’s National Eye Institute told The Atlantic that when it comes to determining color, we rely not only on how we perceive tennis balls, but also on “knowledge about what people have typically labeled [them].”

So, as science reporter Marina Koren put in The Atlantic, “the state of tennis balls when we care about them — such as when we watch a match on TV — is yellow.” (Think bananas.) 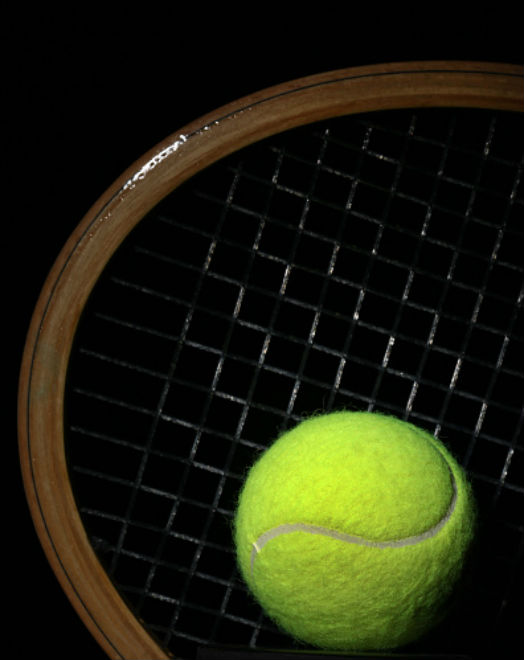 But why, then, in a Twitter poll of over 29,000 people noted by The Atlantic, did 52 percent say tennis balls are green and 42 percent pick yellow?

You would describe the color of a tennis ball as:

Why did my own Twitter poll, though smaller, get similar results?

What color is a tennis ball?

And why, within minutes of creating a poll on my Instagram story, did someone choose green? (Out of 54 respondents, 60 percent went with that as opposed to yellow.)

No, but actually, what color are tennis balls?

If we’re basing it on Penn’s word and official ITF rules: yellow, whether that be high-intensity yellow, optic yellow, neon yellow or high-visibility yellow.

But based on poll results, the majority says green.

Or, as one coworker of mine brilliantly concluded, tennis balls are “green-yellow!”

And if you really want to go there, consider this:

Tennis balls are yellow, except when they are not.