5 things we learned about HBO's Brexit movie - Metro US
Movies In December, the first trailer for a TV movie co-produced by HBO Films, BBC Studios and Channel 4 was released for the upcoming Brexit movie. Starring Benedict Cumberbatch as Dominic Cummings, the eccentric political campaigner who led the Vote Leave campaign, the dramatization claims it “goes behind the scenes, revealing the personalities, strategies and feuds of the Leave and Remain campaigns.” Unsurprisingly, British audiences and critics aren’t too happy about the film.

Cummings, who avoided the spotlight, is getting it

The Brexit movie, aside from providing a dramatized version of what happened behind the scenes of the campaigns for and against the referendum, serves as yet another vehicle for Benedict Cumberbatch. Since Cummings isn’t as nearly well known as many of the other players who were involved, this gives the actor the freedom to do more with the character, and he excels at it. At the same time, his performance humanizes the man behind the character (and the Vote Leave campaign itself), which is one of many critics’ chief issue with the movie. 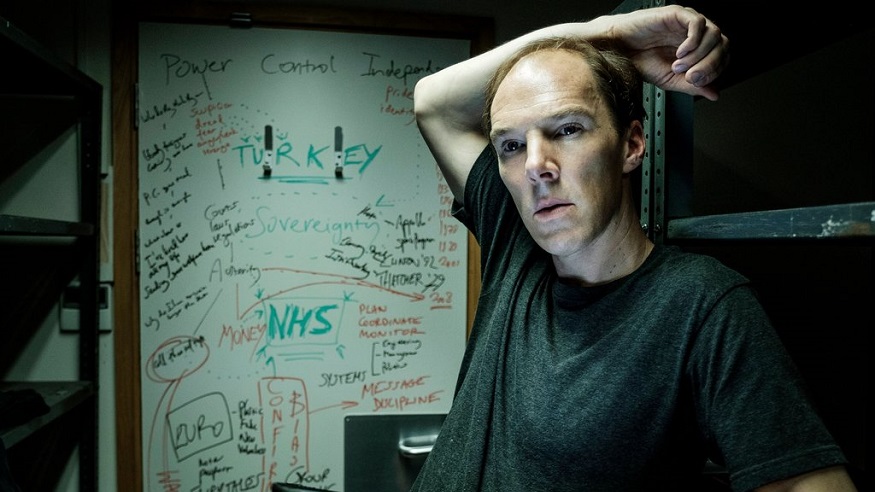 Meanwhile, the more well-known players take a back seat

Never fear, for the more public players also get their due. Nigel Farage (Paul Ryan) and Arron Banks (Lee Boardman) of the rival Leave.EU campaign get plenty of airtime, as does former London mayor Boris Johnson (Richard Goulding). Seeing as how these larger than life characters have become so well known thanks to the referendum’s international media attention, it’s difficult not to see their involvement as mere caricatures, so it makes sense that they aren’t the lead roles.

It overlaps with the 2016 American presidential race

The Brexit movie is obviously about the perilous political situation in the U.K., but that doesn’t mean it ignores what was happening at the same time in the U.S. In fact, billionaire businessman and Republican donor Robert Mercer (Aden Gillett) makes an appearance, as does Steve Bannon, the man who would become Donald Trump’s chief campaign executive and White House strategist. Their brief cameos, made in support of a Farage media appearance, helps explain the data-mining and targeted advertising that Cummings took advantage of.

One of the more alarming effects of Vote Leave and Leave.EU campaigns’ social media and analytical-driven voter targeting was the more violent opinions and acts that they may have encouraged in some people. Hence the murder of Jo Cox, the Labour Party MP for Batley and Spen, who was gunned down and stabbed by Thomas Alexander Mair on June 16, 2016. Cox had been an outspoken proponent for the Remain campaign, and investigators found evidence of Mair’s extreme right-wing leanings following the crime.

It doesn’t end well (because it’s not over yet)

When the film returns to the hearing, Cummings is asked if he’s “done” with a particularly fiery rant. “Yeah, I’m done,” he laments. “We’re all done. Thank you.” Before being asked to leave, he picks up his things and departs the hearing, knocking over his chair in the process. It’s not a very graceful exit, to be sure, but seeing as how the U.K. is still reeling from the consequences of his Vote Leave campaign and the referendum itself, it comes as no surprise that the movie ends on a rather depressing note.