A look into why women get so many migraines According to the Migraine Research Foundation, women are three times more likely to get migraines — 18 percent of American women versus only 6 percent of men. In U.S. females, they often last for longer periods of time and come with more chronic pain. And for these women, migraines from hormones are a common occurrence.

“More severe and more frequent migraine attacks often result from changes in estrogen levels. Research has connected hormones to migraine, but not all migraines are hormonal,” the Migraine Research Foundation notes on their site. “Many women find their migraine symptoms are affected by menstruation, hormonal contraception, pregnancy, and menopause.”

As Bustle pointed out, migraine expert Dr. Markus Dahlem told the period tracking app Clue that “with unpredictable fluctuations of estrogen, e.g. around menopause and in particular in the late menopause, with high estrogen levels, migraines can worsen and attacks become more unpredictable.”

And now, one study led by Emily Galloway, an undergraduate research assistant at the University of Arizona, explores why that is. 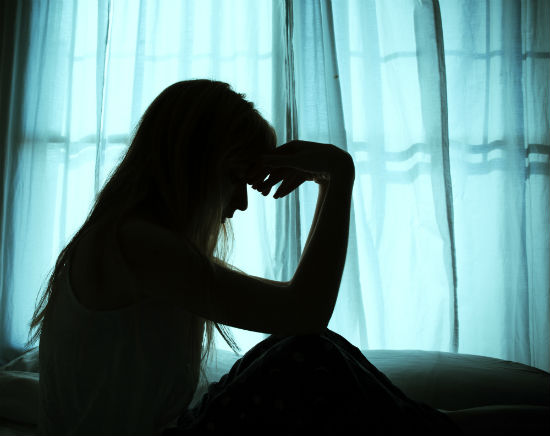 This new study on migraines from hormones found that “females may be more susceptible to migraines and less responsive to treatment because of the way fluctuations in the hormone estrogen affect cells in the brain,” stated a news release on the research. The brain cell focused on was the sodium proton exchanger NHE1.

“When NHE1 isn’t present at high enough levels or doesn’t function properly, it can cause increased pain signaling that leads to a migraine,” the news release stated, adding that you may also be less responsive to medication meant to treat migraines if there’s a problem with your NHE1 levels.

Researchers examined male and female rats, and they found that the males had four times higher NHE1 levels and that the highest estrogen levels in the female rats “corresponded with the lowest levels of NHE1.”

“Based on our findings, we think that women are more susceptible to migraine because the larger magnitude sex hormone fluctuations [i.e. estrogen] lead to changes in NHE1 expression, which may leave the brain vulnerable…” said Galloway (i.e. leading to more pain signaling, which leads to migraines).

Most often, research of this kind is conducted using male animal models, noted the news release. As Galloway further explained to Metro in an email statement, “We think that the primary use of male animal models has hidden sex differences in many diseases, including migraine.” She added that migraines themselves aren’t “well-understood,” so it’s even more difficult to pinpoint exactly how they affect women differently than men.

“For these reasons,” Galloway continued, “research on hormonal differences that may impact migraine is essential to creating better drugs to prevent and treat this debilitating disorder.”