Boston may have lost out in the competition to lure Amazon’s second headquarters to the city, but the Seattle-based tech giant plans to hire 2,000 employees to work in a new Seaport office tower beginning in 2021. 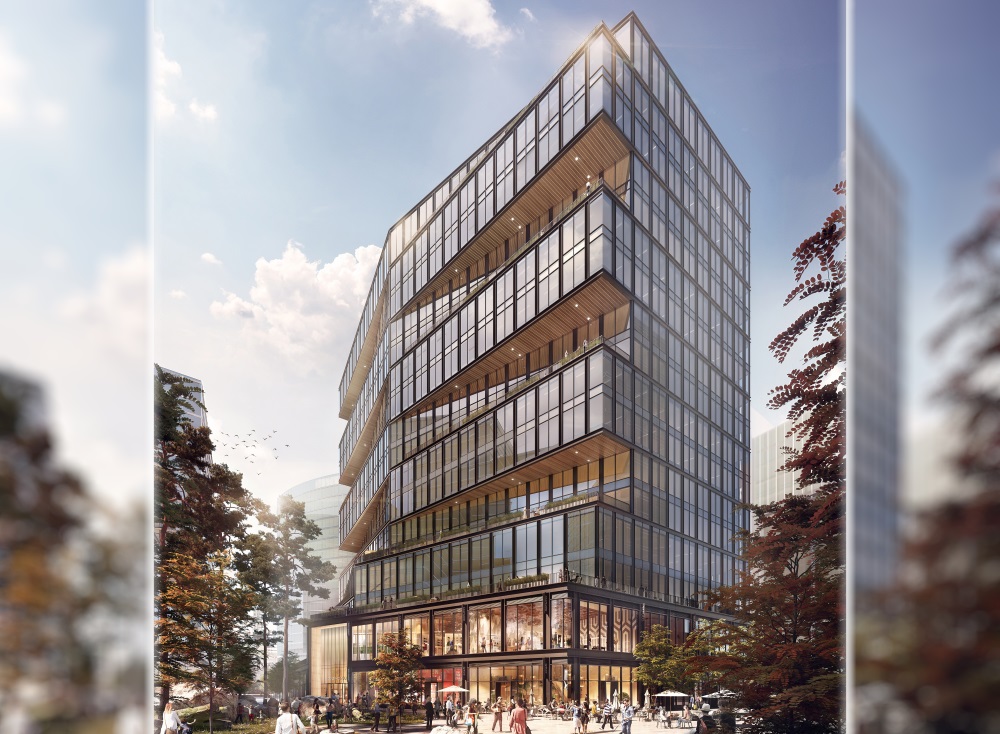 The building going up off Congress Street — the new address is 111 Harbor Way —  will be built on one of the few remaining undeveloped parcels in the neighborhood. And the jobs are expected to be focused in the areas of software development, machine learning, speech science and robotics engineering.

“The project benefits everyone in the city of Boston,” Walsh said.

As excavators worked in the background, a catering crew inside the tent prepared lobster rolls and a two-man steel drum band entertained guests with renditions of Jimmy Buffett’s “Margaritaville” and George Michael’s “Careless Whisper.”

The mayor cited tax revenue that will help pay for job training, affordable housing and universal kindergarten, and the investments Amazon plans to continue making in high school and after-school computer science programs.

Walsh specifically said that the project will generate $4.4 million in new money for the city for affordable housing and $875,000 for job training that will be linked to the tech industry.

Mike Touloumtzis, the Boston site leader for Amazon, said the company is investing in Massachusetts because of the talent of its workforce. Amazon already employs about 4,500 workers in Massachusetts spread throughout its Cambridge tech hub, a customer fulfillment center in Fall River and a robotics lab in North Reading.

The project is being developed with the benefit of $5 million in tax breaks for Amazon from the city, and state investments in area infrastructure improvements. The state has committed $20 million for transit and transportation infrastructure, including the construction of a head house at Courthouse Station.

“Almost everything we’re putting into this project relates to transportation betterments that will certainly enhance the nature of this project, but will also provide benefits for everybody who works or who lives or who access transportation or who gets in or out of here either publicly or privately,” Baker said.

Amazon’s decision to expand its footprint in the Seaport was made before the conclusion of its HQ2 sweepstakes in which the state made a pitch and numerous municipalities submitted proposals.

The company ultimately elected to divide its East Coast headquarters between New York City and Crystal City, Virginia, but eventually abandoned plans for a Queens, New York headquarters in the face of local opposition. 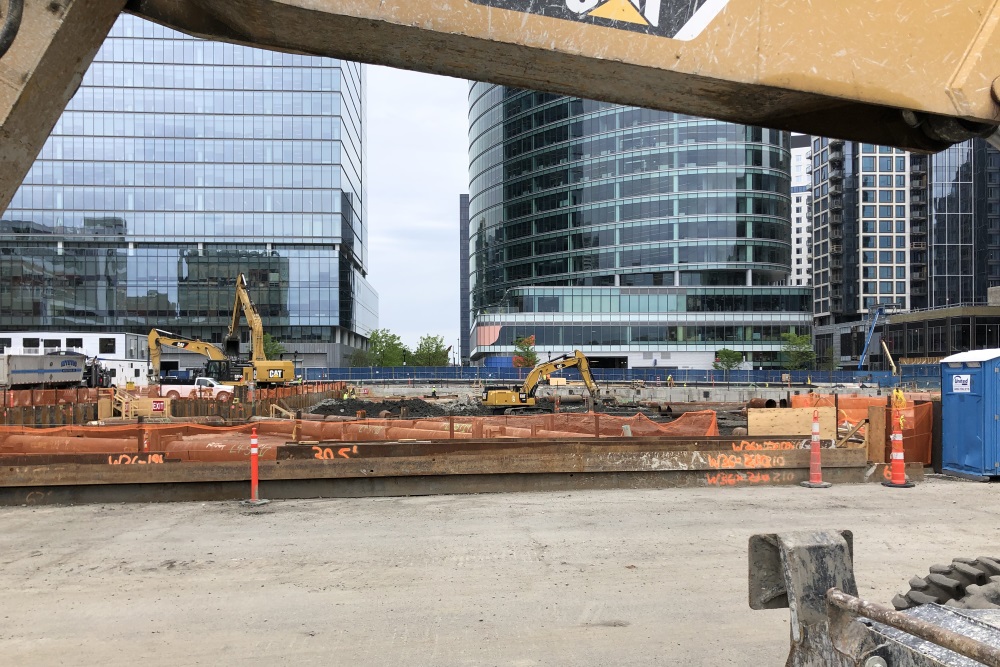 Amazon’s Seaport office building at 111 Harbor Way will be built on one of the few remaining undeveloped parcels in the neighborhood. [Photo: Matt Murphy/SHNS]

Walsh said the Seaport project was different from what Amazon was looking for during its pursuit of a location for a second national headquarters.

“Even when we were looking to try to bring HQ2 here, this was already decided. These are different types of jobs,” he said. Walsh said he hasn’t spoken to Amazon about further growth in Boston since the company pulled out of its New York City headquarters plans.

WS Development Senior Vice President Yanni Tsipis confirmed that Amazon has an option for a second, larger office tower on an adjacent site, but he declined to comment on how long Amazon has to exercise that option.

Tsipis said the development will also include a new one-acre park, called Harbor Square Park, and a public Harbor Way to “stitch together the neighborhood” with a promenade connecting Summer Street to the waterfront.

“This unprecedented growth is not just changing the city skyline and the buildings that we see around us. It’s also creating a new public realm in our neighborhoods and along our coastline unlike anything the city has seen since the time of Olmstead,” Tsipis said.

The park and promenade was designed by James Corner Field Operations, which Tsipis credited for Manhattan’s High Line, a public park space built out of an abandoned, elevated subway platform on the city’s west side.