Just officially turned 6 years sober. So grateful for another year of joy, health and happiness. It IS possible. ??

“So grateful for another year of joy, health and happiness,” the 25-year-old wrote on Twitter. “It IS possible.”

Lovato has been open about her struggles with drugs and alcohol. Most recently, she opened up to Billboard about an experience at the Met Gala in 2016 (celebrities, am I right?) that left her craving the good stuff. The good stuff being, um, booze.

“I had a terrible experience,” she says. “This one celebrity was a complete bitch and was miserable to be around. It was very cliquey. I remember being so uncomfortable that I wanted to drink.”

After texting her manager, she headed straight to a 10 p.m. Alcoholics Anonymous meeting. 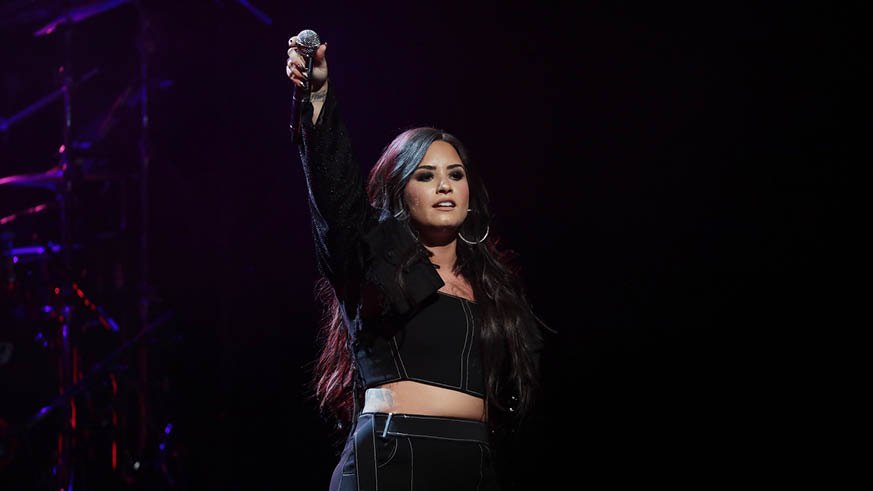 “I changed my clothes, but I still had my diamonds on — millions of dollars of diamonds on, in an AA meeting,” she said. “And I related more to the homeless people in that meeting who struggled with the same struggles that I deal with than the people at the Met Gala — fake and sucking the fashion industry’s d—k.”

Late last year, the “Sorry Not Sorry” singer detailed her journey of going cold turkey in a documentary, Demi Lovato: Simply Complicated — and admitted to using drugs while promoting a sober lifestyle.

“I wasn’t working my program. I wasn’t ready to get sober. I was sneaking [cocaine] on planes, I was sneaking it in bathrooms, sneaking it throughout the night … I went on a bender of, like, two months where I was using daily.”

“There was one night when I used a bunch of coke and I popped a few Xanax bars, and I began to choke a little bit. My heart started racing, and I thought to myself, ‘Oh my God, I might be overdosing right now.’”