Everything we know right now about the new Kanye West album It’s been nearly two years since “The Life of Pablo” was the new Kanye West album. During his time away from music, his fans have been clamoring for another grand statement from Yeezus himself. But between having children with his wife, E! network’s pride and joy and the original breaker of the internet, Kim Kardashian, laboring over his fashion line or just generally spinning out of control in front of the public eye with his odd behavior, it would be hard to say that he has been laying low.

Nevertheless, fans and anyone who cares about music, in general, took notice when after a long social media freeze West resurrected his Twitter profile and began to announce a few of the projects he had been working on in his absence. One of the projects is a new Philosophy book that, from what we understand, will mostly be his Twitter page and the other projects are a new Kanye West album being released this summer and some other exciting collaborations coming down the pipeline soon. Here is everything we know about this exciting new Kanye West album.

No matter what Kanye West does, his music is truly what he will be remembered for. Has there been anyone who has shaped pop-music more singlehandedly over the past decade or so than him? It’s okay. I’ll wait. That is why each album he has released over his fifteen-year career as a solo artist has been treated as an event rather than single drop into each year’s overflowing bucket of artists trying to catch up with the album he released prior. He sets the trends, it’s everyone else who is struggling to keep up.

This is why a new Kanye West album sets the music industry and is the soundtrack to every block when it gets released. Because, well, it pretty much dictates where pop and rap music will be heading in the next few years. So what do we know about the new Kanye West album? 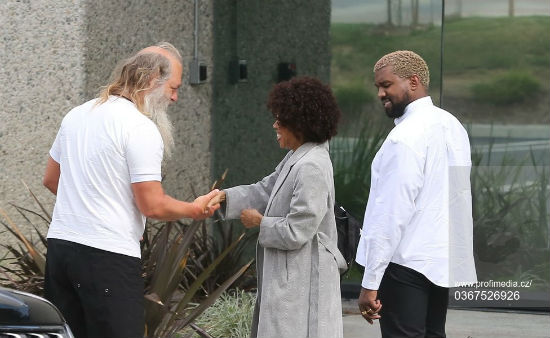 As the Czech paparazzi site Profimedia reported, legendary music producer and co-founder of Def Jam records, Rick Rubin, was spotted outside of West’s Casablancas studio last month. The possibility of Rubin helping Kanye with a record is amazing news as his contributions have resulted in some of the best releases by some of music’s most legendary artists. From The Red Hot Chili Peppers, Johnny Cash, Tom Petty and Jay-Z’s “The Black Album”, Rubin is a guiding light when it comes to creating timeless albums and if he is working on the Kanye West new album, chances are we are in for something truly special.

As far as we can tell, the man himself has said that the new album will be titled “Turbo Grafx 16” and will only be seven songs long. But with how frequently West changed the title of his last album even going from “Swish” to “Life of Pablo” just days before it’s release, it’s hard to trust him completely on both the album’s title and length.

Kanye announced that this new album will officially be dropped on June 1st. But that wasn’t the only musical project that he announced … 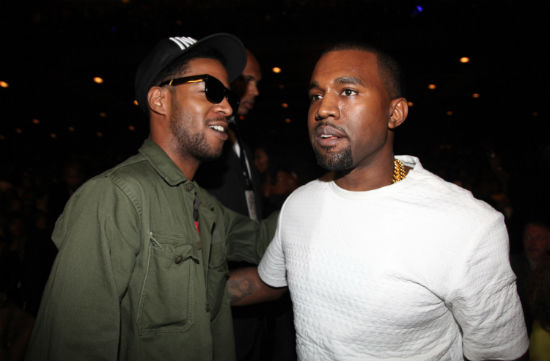 In a blitzkrieg of a promotional tweet, Yeezy not only announced his new album but unveiled his new group “Kids See Ghosts” which is a joint collaboration with famed rapper Kid Cudi. West’s ventures into “group territory” have been insanely fruitful as his last collaboration album, “Watch the Throne” with Jay-Z saw him delivering some of his best production and truly stretching his lyrical skills to match Hova’s legendary flow.

This collab with Cudi, however, is significant as both rappers have had a huge amount of respect for each other and West reached out to Cudi last year when Cudi had checked himself into a mental health facility due to his fight with depression and suicidal urges. Both Cudi and West are unique geniuses as producers, so this project should be just as interesting as the new Kanye West album appearing alongside it.

According to West, the Kids See Ghosts album will be released on June 8th, just one week after his own solo record.

I’m hand producing all the albums I tweeted about. Been chopping samples from the sunken place ?Pusha May 25th My album June 1st me and Cudi June 8th and Teyana June 22nd and oh yeah…

As it turns out, we will be remembering the Summer of 2018 as “The Summer of Kanye” as he announced that aside from his own record and his record with Kid Cudi, that he has produced three albums from other artists that will be released in the next two months. First up is the ex-Clipse rapper and Kanye’s Good Music CEO, Pusha T, whose new album will be released on May 25th. Then, he will be releasing an album from Teyana Taylor on June 22nd. But most exciting of all …

That’s right. Kanye West will be producing the newest album from the legendary Queens rapper Nas that will be released on June 15th. And there you have it! In a world that seemed devoid of all things Kanye West, we will now have five albums in two months from Yeezus himself. This is going to be one hell of a summer.