What happens when four uncommitted couples travel to the tropics to test their love by living out their fantasies with 24 sexy singles? That’s the basic premise of Temptation Island season 4, a reboot of FOX‘s short-lived series which originally aired from 2001 to 2003. With the help of Banijay Studios North America, USA Network is hoping to recapture the magic as the romance-themed program helped to kick off a reality TV trend that shows like The Bachelor and The Bachelorette have turned into a pop culture phenomenon.

What you can expect from Temptation Island season 4

For the most part, the series will return as it originally was when the show premiered on Fox back in 2001. At least, that’s USA’s hopes as the first season of the groundbreaking reality show drew in roughly 16 million viewers each week before the ratings dwindled in its follow-up seasons.

E! Online released the details about the couples we’ll be following on this journey. There’s 28-year-old Evan Smith and 29-year-old Kaci Campbell, from Los Angeles, who according to the site, have “been on and off for 10 years, exclusive for five.” We’ll have Chicago couple 31-year-old Karl Collins and 25-year-old Nicole Tutewohl, who’ve “been dating for two and a half years.” 25-year-olds Javen Butler and Shari Ligons, who “are high school sweethearts who met when they were 16. Rounding out this group are 35-year-old John Thurmond and 30-year-old Kady Cannon Krambeer who, after meeting on Bumble, “have been dating for three years.” 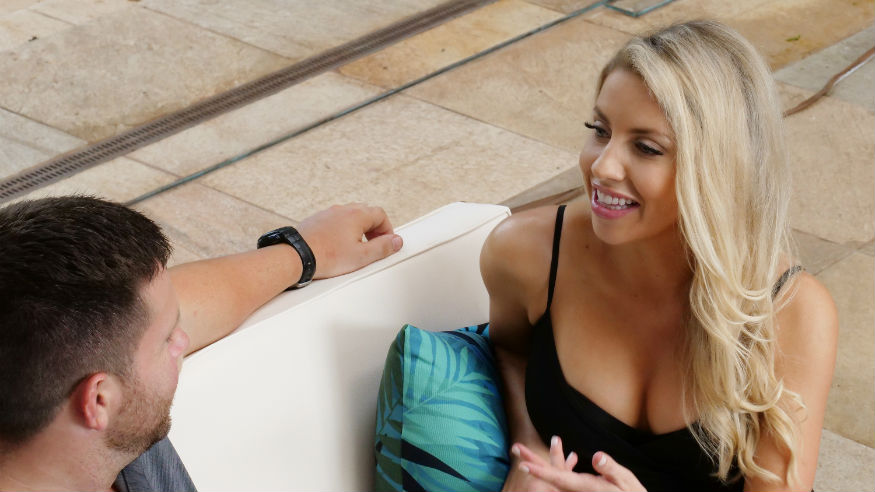 Original host Mark L. Wahlberg, who went on to host PBS’ long-running Antiques Roadshow, will return to the tropical locale to comment on the salacious drama as it unfolds. Temptation Island season 4 will consist of 10 episodes and, once again, the program will take place in beautiful Maui, Hawaii.

While everything will look like it did 15 years ago, the one big change coming to Temptation Island season 4 is that of the tempters, themselves. The original series put our hero couples in the midst of a crowd of good-looking singles out to have a good time. This reboot will still feature a slew of beautiful people — but they’re not just looking for a fling, but a committed relationship, as well.

According to Reality Blurred, Banijay Studios North America CEO David Goldberg commented on the change, saying they’re “genuinely looking for love whose personalities are appealing to the four couples who are questioning the long term viability of their relationships.” This format tweak, they’re hoping, will put Temptation Island in the same playing field as The Bachelor and The Bachelorette.