Florida child is the first flu victim of the season According to the Florida Department of Health’s Bureau of Epidemiology, an unidentified child tested positive for influenza B sometime between September 30 and October 6 and passed away. The child was healthy before getting the flu, according to officials, but didn’t receive the flu shot.

Hillsborough County in Florida was the epicenter of the first flu-like outbreaks of the season, according to the Tampa Bay Times. One outbreak was an “unspecified strain” of influenza and group A streptococcus — also known as strep throat — that hit schools in the county.

Neither outbreak was responsible for the child flu death, Kevin Watler, spokesman for the Department of Health’s Hillsborough County office, confirmed to the newspaper.

Why is the flu so dangerous for children?

More than 80,000 people were killed during the 2017-2018 flu season — many of them children. About 20,000 children are hospitalized with the flu every year, according to the United States Centers For Disease Control and Prevention.

The reason: Their immune systems are still growing and are nowhere near as robust or strong as a healthy adult.

Flu symptoms in children are the same as they are in adults and include congestion, sore throat, cough, fever, chills, body aches, muscle aches and headache. These symptoms can weaken a child’s already-weak immune system, leaving them susceptible to bacterial infections like pneumonia, bronchitis, sinusitis and ear infection.

That’s why the CDC recommends that all children ages six months and older get a flu shot. The flu shot helps build antibodies that can help fight off any flu virus that tries to invade.

Can healthy adults get the flu?

Anyone can get the flu, though healthy adults are less likely to have serious complications from it. 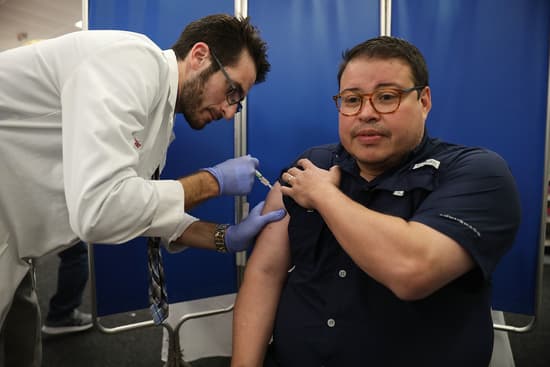 That’s not to say it doesn’t happen, though.

“Serious thread: The flu nearly killed me. I spent 58 days in the hospital and 21 days in a skilled nursing facility (aka a nursing home),” Charlie Hinderliter wrote on Twitter. “I was fortunate that I will make a full recovery. I don’t recommend my experience.”

Hinderliter didn’t get the flu shot last year because he was healthy and young.

“I figured [the flu] was something that’s dangerous to the elderly and the young, not somebody who is healthy and in their 30s,” he told NPR. “Turns out, I was wrong.”

Serious thread: The flu nearly killed me. I spent 58 days in the hospital and 21 days in a skilled nursing facility (aka a nursing home). I was fortunate that I will make a full recovery. I don’t recommend my experience. Get a flu shot. 1/

He was only able to return to work full-time in August.

Though he wasn’t a flu shot fan before, Hinderliter is now. He got his flu shot in September and has advice for anyone who thinks they don’t need one.