Laying a wreath at the Hall of Remembrance, where the names of major death and concentration camps are written. Photo: Getty Images

The ‘Scaramucci Post,’ the media venture created by ex-Trump White House Communications Director Anthony Scaramucci, is in hot water after posting an insensitive Twitter poll early today asking followers to guess how many Jews died in WW2, a post that’s now referred to as the “Holocaust death poll” in many an online article.

The media outlet claims the distasteful post was created by a staffer in the absence of founder Scaramucci, who was ousted from the Trump administration less than two weeks after accepting his position. Lance Laifer, the source of the post in question, “said the poll was meant to demonstrate public ignorance” Bloomberg reports.

But the poll was not only in poor taste, but also woefully ignorant. The post simplifies a horrific genocide. By even offering “less than 1 million” as an option, the poll comes dangerously close to suggesting that may have been the reality when the truth is horrifically far from it. The numbers are not only significantly higher, it’s also very complicated to pin down how many Jews died in WW2, as the United States Holocaust Memorial Museum points out.

Can we know how many Jews died in WW2?

When most people ask how many Jews died in WW2, what they’re really asking about is how many Jews died during the Holocaust. The estimates you see at memorials and in museums are frequently the lives taken at the hands of Nazis during WW2, but this does not include the Allied soldiers killed fighting the Axis powers who were also Jewish.

But even if we narrow it down to how many Jews died during the Holocaust, we will probably never have an accurate count. “There is no single wartime document created by Nazi officials that spells out how many people were killed in the Holocaust or World War II,” the USHMM points out.

Government agencies, scholars and Jewish organizations have tried to compile an accurate idea of the tragic extent of the genocide by cobbling together information available such as census reports, recovered German records and the products of investigations that took place after the war. But “no one master list of those who perished exists anywhere in the world,” the USHMM reminds us all. 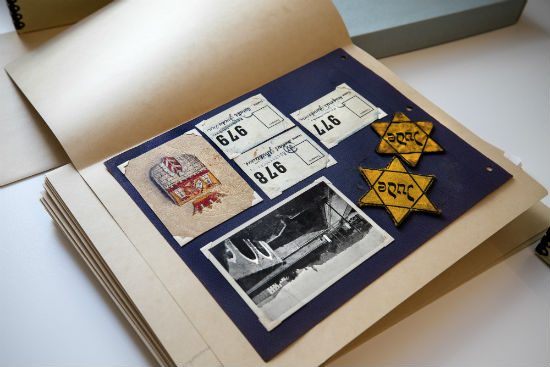 And the most accurate estimate available will continue to change when and if new documents emerge or investigations recover more records. The USHMM currently places the number of how many Jews died in WW2 at “up to 6 million,” a number they explain is “calculated from wartime reports generated by those who implemented Nazi population policy, and postwar demographic studies on population loss during World War II.”

Of course more people should know about the atrocities that occurred during the Holocaust. More people should know just how many lives were taken, to the extent that we can begin to calculate. A simplistic poll is not the way to do it, however. A good place to start if you’re looking for more information about the Holocaust and all the different groups targeted by the Nazis — it wasn’t just the Jews — is USHMM’s Holocaust Encyclopedia.