Maybe the best part of “The Big Sick” finds Holly Hunter at her least happy. She plays Beth, a Midwestern woman who’s rushed, with her aloof husband Terry (Ray Romano), to Chicago to visit their daughter, Emily (Zoe Kazan). That’s because Emily’s in a coma. Doctors aren’t sure how to revive her. To make matters worse, the guy who just dumped her — stand-up comic Kumail, played by Kumail Nanjiani — has just showed up at the hospital, there to show his concern and his support. Beth would rather he wasn’t there.

The part in question is very short: Beth is hunched-over, unkempt, near-feral, exhaustedly gnawing her way through hospital cafeteria food. Kumail tries to kill the awkward silence by asking her how the food is.

When asked about this moment, Hunter’s only response is to keel over laughing. It’s probably even funnier to her than it is to anyone watching the film. Over her career, Hunter has played plenty of anguished characters, stewing in their misery. Sometimes it’s for laughs (“Raising Arizona”). Sometimes it’s deadly serious (“The Piano,” her Oscar-winning role). In “The Big Sick,” it’s both.

Hunter, 58, has always been drawn to playing people at their lowest ebb.

“Generally characters are in a certain amount of misery, because we are watching them. We are privy to their lives at a time of intense conflict. Movies tend to be about a not great part of somebody’s life,” Hunter explains. Even a very film as funny as “The Big Sick” — a nimble blend of comedy and drama — is no exception. “This is about a life in jeopardy, and what that traumatizing event brings out in all those people around her. That’s why we watch.”

At the same time, Hunter gets to portray something very positive, very inspiring in “The Big Sick”: Beth’s daughter may spend most of the movie comatose, but it’s clear they have a great, great relationship.

“For me, the opportunity was to portray this particular mother’s love — but also her ‘like.’ She likes her daughter, because her daughter has allowed herself to be known by her mother,” says Hunter. Healthy mother-daughter relationships are rare in movies, she’s found. “Usually it’s strained, or it’s two-dimensional, or it’s cliched. It would be the over-bearing mother and the suffocated daughter. Or they’re strangers to each other.”

She and Kazan were stoked to play none of those. “It was like, ‘Ooh, great, we get to play two wonderful female characters who love each other!’ — and they’re mother and daughter,” Hunter says. 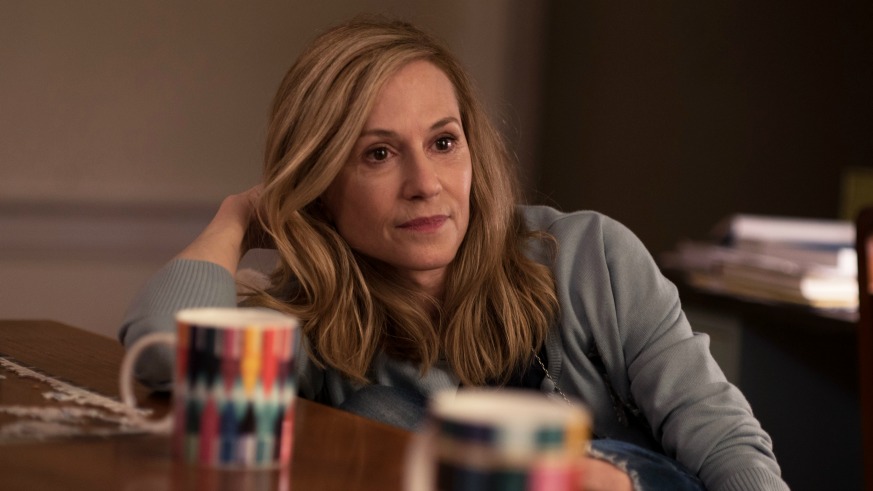 A lot of the talk about “The Big Sick” has been about how timely it is. The character of Kumail — much like Nanjiani himself, who wrote the film with his wife, Emily V. Gordon, based on a true, crazy episode from their lives — deals with his traditional Pakistani parents. He’s so scared to tell about the white American girl he’s in love with that he simply dumps her. Then there’s the occasional discomfort (and, in one scene, full-on bigotry) he experiences from others. The Midwestern Beth and Terry are occasionally a touch unsure how to handle the cultural divide. But that’s not why Beth is initially hostile towards him.

“For me, it’s like, he dumped her. He dumped her daughter. And he dumped her in an unceremonious, dishonest way,” Hunter says. “He had not been straight with her about something that’s fundamental, elemental to who he is, which is his heritage, who his parents are. This guy was dishonest with his own family; that’s not a good start. That might be indicative of who he is fundamentally. It’s like, ‘Let’s not go there, let’s not do this with that guy.’”

To Hunter, “The Big Sick” isn’t really story about immigrants. It’s a story about these specific people.

“In the time we’re living in, it’s fantastic to have that be a spinoff conversation, which this movie encourages,” Hunter says. “But I don’t think that Emily and Kumail were going for that conversation so much. They were trying to accurately document this really complicated event. It’s an incidental thing; it’s part of the DNA. But it’s not the main thing.”