Is Finding Dory on Netflix? What about Finding Nemo? - Metro US
Television

Is Finding Dory on Netflix? What about Finding Nemo? It’s summer (if you couldn’t tell), which means you’re probably trying to combat the sweltering heat in one of two ways: hitting the beach or binge-watching shows in your air-conditioned living room. You may even be doing a little of both: rewatching your favorite ocean classics from the comfort of your home. Is Finding Dory on Netflix, though? What about Finding Nemo?

Is Finding Nemo on Netflix?

Unfortunately, Finding Nemo is not on Netflix (how rude).

Is Finding Dory on Netflix?

Like The Incredibles 2 — which came out 14 years after the first film — Finding Dory, the Finding Nemo sequel, was released 13 years after the Pixar movie’s 2003 premiere. (When Matt Prigge reviewed Finding Dory for Metro in 2016, he called it “a very different kind of tearjerker.”)

Who wouldn’t want to relive the Dory glory days of short-term memory loss and laughter? (Because, even though she probably won’t remember who you are, Dory will always make you crack a smile.)

Where to stream Finding Dory once it leaves Netflix

Even though Finding Dory is leaving Netflix, there are plenty of ways you can watch it after August 1.

Here are the other titles leaving Netflix in August

Below is the full list of titles leaving Netflix in August 2018. Warning: some of them are true classics.

10 Rules for Sleeping Around (August 2)

Welcome to Me (August 6) 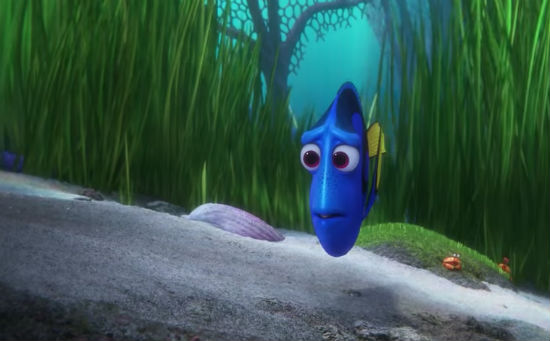 Seeking a Friend for the End of the World (August 16)

Luckily, these aren’t all leaving Netflix at the same time — but, if one of your favorites is getting the boot, you should get to watching.