J.D. Salinger was the anti-Kardashian, and you should love him for it - Metro US
Movies

J.D. Salinger was the anti-Kardashian, and you should love him for it 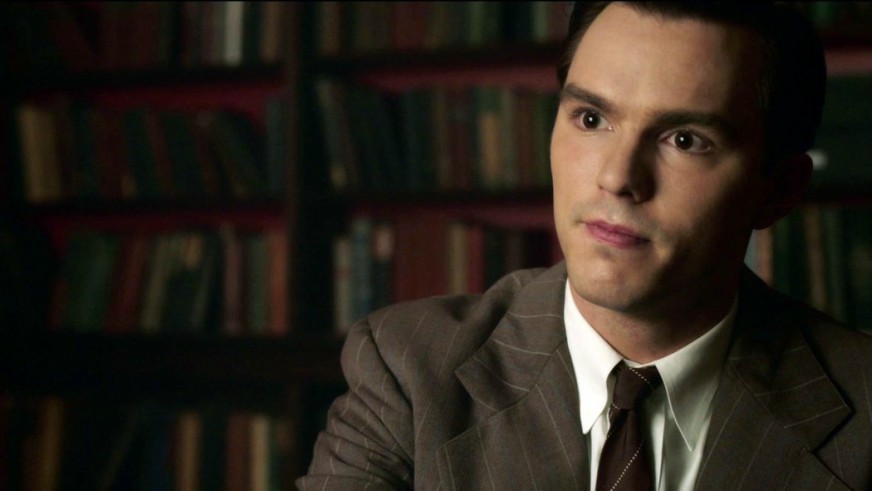 When it comes to the life of J.D Salinger, fact and fiction long ago merged. While Salinger’s status as one of the greatest writers in American history hasn’t been tempered, the mythology over his decades of seclusion means that his humanity has been somewhat lost. Danny Strong’s J.D. Salinger biopic “Rebel In The Rye” looks to fill in the blanks.

Strong cast 27-year-old British actor Nicholas Hoult to portray J.D. Salinger in the film, and I recently had the opportunity to speak to the “Mad Max: Fury Road” star about why he was attracted to the part. It was at this point that Hoult spoke at length about how brave it was of J.D. Salinger to turn his back on his prestigious career, especially as it was in the face of what society desired.

“I think it is brave in many ways,” Hoult said of Salinger’s retreat from the spotlight. He went on to explain how rejecting fame is like rejecting society as a whole, and with it, any chance of approval: “Sometimes there are people that get a taste for success and do want to shy away from it. But I think there’s a projection from society that, if you do that you’re considered a failure. That it wasn’t that you didn’t want to do it, but that it was society that wouldn’t allow you to or that you couldn’t get the work. So there’s this always kind of chasing success.”

So Salinger’s choice was “kind of amazing” in Hoult’s opinion. The actor spoke warmly about how “the combination of [Salinger’s] writing and meditation and his PTSD from World War 2 meant that he was dedicated to his craft, but not in a way that he’d receive reward for it.” Hoult, no stranger to the spotlight himself, thinks this “is an incredible thing, because hardly any artist manages to get to that level.” There was a clear tie to the current culture for Hoult, who went on to describe how Salinger’s belief that fame “corrupted what he was trying to receive with his writing” is especially poignant these days when “most artistic things are monetized to a point where they are businesses.”

I then asked Hoult why he believed “Rebel In The Rye” was such an important film for a modern movie audience, which led him to compare J.D. Salinger’s plight with those that seemingly find fame and success instantly nowadays.

“I found it such an inspiring tale. Especially the dedication to a craft, which can sometimes be lost nowadays, there’s such a fast ascension to success from modern society so people don’t have to necessarily dig as deep as they once did,” Hoult explained. It’s an accusation that rings true for many of today’s biggest celebrities, especially those who are famous for, well, being famous. But despite his fame, unwanted or otherwise, J.D. Salinger’s life will resonate with audiences of average people, too, says Hoult. “This is a story where he comes up against so many obstacles, and still manages to persevere. And that’s something that people can always relate to.”

You can find out whether “Rebel In The Rye” resonates when it is released into cinemas on September 8th.