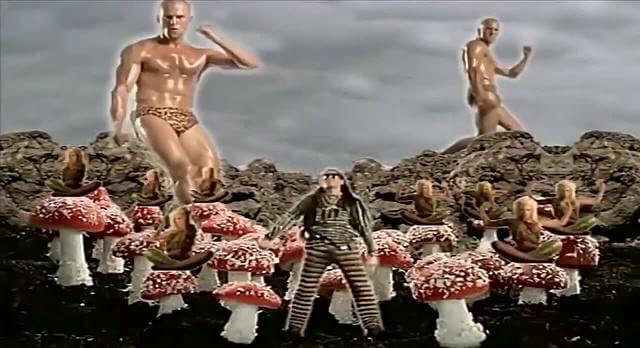 Somewhere between his professional diving career and being a big, tough movie star in “The Expendables,” the “Transporter” series and the upcoming “Spy,” British tough guy Jason Statham earned a living as … a go-go dancer in music videos. Internet sleuths recently uncovered a video for British ’90s techno-hippy band The Shamen’s “Comin’ On” that features an oiled-up Statham gyrating in just a leopard-print Speedo and some combat boots along with some extremely rudimentary green screen technology. And man, is he into it. One thing is for sure, he definitely has some moves.